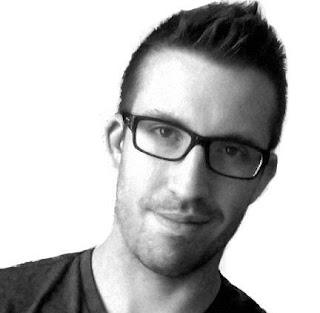 One of the most interesting and knowledgeable skating fexperts (that's a new word I just made up to combine fan and experts, cause I'm fancy like that) you could possibly have a chance to talk skating with is the fabulous Tony Wheeler. He knows his shit, and has been dedicated to keeping figure skating fans engaged in the sport and its greatest skaters for years now. I was fortunate enough to get to ask Tony some questions, and I hope you'll be as intrigued and entertained by his answers as I was!

Q: What is your involvement in figure skating and when did it begin?

A: I became a fan of the sport during the 1993 World Championships. I remember watching the ladies long program vividly: the story of Oksana Baiul and her quick rise to the top, and of course the meltdown of Nancy Kerrigan. I was six at the time! I started getting involved on figure skating message boards at an early age, and from that I have had several great opportunities. I was part of a team that maintained the official websites of Maria Butyrskaya and Annie Bellemare and I've helped select and edit music for skaters, including Joannie Rochette and Amelie Lacoste. Following the 2010 Olympic Games, I created the blog Flutzing Around as a place to share my thoughts about the sport. One of my first entries was an interview with one of the judges on the mens short program panel in Vancouver just a month prior. The interview created quite a buzz. As for my own skating, I started taking lessons in 2006 through my university, which actually offered it as a class for credit at the time! All I wanted to do was jump, and learned a few doubles. I don't have as much time anymore, but I still skate every once in a while.

A: Meagan Duhamel would have to be there. Based on the kiss and cry at every competition, I think it's a safe bet that she would have plenty to talk about, and I like her personality. I would also want Dick Button on the island. He has to be the most knowledgeable person when it comes to figure skating, and I'd love to spend days (or weeks or months) talking to him about skating history. Finally, she isn't a skater but she's been a long-time judge and is now part of technical panels-- Vanessa Reilly. She gave some of the most out-of-line marks in the 6.0 system ever, but I found myself agreeing with her more often than not. Like Button, I think talking figure skating with her would be truly fascinating.

A: My favorite skater competing today is Akiko Suzuki. I love her perseverance and I think she has a great set of programs this season. I also really enjoy the entire Japanese team, Carolina Kostner, and Savchenko/Szolkowy. From the past, my absolute favorite skater is Maria Butyrskaya. I think she had an amazing, special presence that hasn't quite been matched. I also loved Alexander Fadeev, Petr Barna, Andrejs Vlascenko, Matt Savoie, Michelle Kwan, Joannie Rochette, Berezhnaya and Sikharulidze, and Delobel and Schoenfelder to name a few.

Side note: We have VERY similar taste! It must be good. I'm going with that.

Q: Who is the most interesting skater you've ever had a chance to interact with? The nicest?

A: The most interesting skaters are always the ones that come from federations that don't have a strong skating program, and they may be one of the only figure skaters the country has ever had. I love learning how they got involved and how they worked their way up to competing on the international level with limited resources. As far as the nicest (and not to give you another vague answer), I don't think any skaters haven't been nice. Maybe they think I will write a mean blog post about them or something.

Q: What skaters do you honestly think will be standing on the podium in Sochi?

A: For the men, I think it will be a battle between Chan, Fernandez, Takahashi, and Hanyu. I'd honestly love to see Plushenko do well, but I think many men have surpassed him technically. Ladies are shaping up to be so exciting. Gone are the days of four or five ladies fighting for the podium. There will probably be at least ten contenders by the time Sochi comes around. In the end, I think it'll be Kim, Kostner, and one of the Russian girls in some order. For the pairs, I'll go with Savchenko and Szolkowy, Volosozhar and Trankov, and then ask me about third place after Worlds this year - the battle should be a good one! In ice dance, Davis and White, Virtue and Moir and Pechalat and Bourzat.

Q: Who is the most underrated figure skater of all time?

A: Hmm. I'm going to have to say David Liu. He didn't have the difficult jumps, but his presentation was light years ahead of most of the men he competed with. More recently, I don't think Matt Savoie was ever respected as much as he should have been.

A: When I was growing up, there wasn't a weekend during the fall and winter months without some kind of professional competition on television. All of the skaters were such household names: Boitano, Browning, Witt, Yamaguchi, and so on. I think the problem with professional competitions today would be that interest in the sport, at least in North America, is so low that it would be hard to really get a set of competitions going and actually profit from them when the names aren't as familiar anymore. The professional competition (Medal Winners Open) that was included with the Japan Open earlier this year included some names that we haven't seen compete in years, but I don't like that they made it an IJS-scoring competition. I think one major pro competition a year (a return of the World Professional Championship) would be great. Keep the 10.0 scoring system. It's more fun for casual fans.

Q: What is one thing you'd change about the current judging system?

A: One thing? Just one?! In all honesty, I think there are many benefits to the IJS. I like that skaters don't 'need help' from other skaters in order to attain a certain placement, as we saw in 6.0. It's just the skater versus the point system. What I don't like is protocol or corridor judging still being so prevalent. The start order seems to have a tremendous correlation with the program components scores, and I also feel that the judges are prone to give better grades of execution (or less severe penalties) to the top skaters. That's not a problem with the system, but with the judges. So, back to the original question. I think that a fall on a jump should receive only a certain percentage of the base value, compared to just losing three points, for example, on a quadruple attempt. I know that they changed this rule so that we would see more difficult jumps being attempted, but I think it's too generous now, and would probably go with the skater(s) earning 25% of the base value.

Q: What's one thing a lot of people don't know about you?

A: I had a crazy obsession with all things Carmen Sandiego when I was a child.

Skate Guard is a blog dedicated to preserving the rich, colourful and fascinating history of figure skating and archives hundreds of compelling features and interviews in a searchable format for readers worldwide. Though there never has been nor will there be a charge for access to these resources, you taking the time to 'like' on the blog's Facebook page at http://www.facebook.com/SkateGuard would be so very much appreciated. Already 'liking'? Consider sharing this feature for others via social media. It would make all the difference in the blog reaching a wider audience. Have a question or comment regarding anything you have read here or have a suggestion for a topic related to figure skating history you would like to see covered? I'd love to hear from you! Learn the many ways you can reach out at http://skateguard1.blogspot.ca/p/contact.html.
Posted by Skate Guard Blog at March 02, 2013
Email ThisBlogThis!Share to TwitterShare to FacebookShare to Pinterest
Newer Post Older Post Home