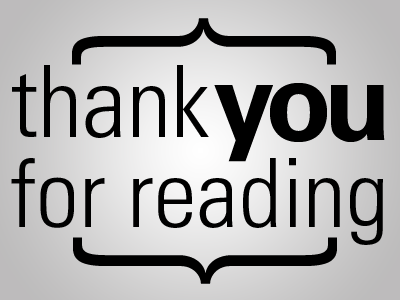 The decision to start blogging about figure skating was an unexpected one that kind of came out of nowhere. I'd gone from my own skating to university where I studied English, exploring dance to ten years of performing as a drag queen, always having a creative outlet in my life while I plugged away at life and friendships, relationships, jobs, life lessons, loss and laughter. When I decided that I was done with drag after ten years because it simply wasn't making me happy anymore, I needed a creative outlet. I needed "something to do".


A job to me isn't something to do, it's a way of affording you a roof over your head, food in your belly and a little bit of leisure, comfort and fun in your life. I'm a firm believer that we all need to follow our passions, and I've been passionate about writing, figure skating, performance art and entertainment for twenty years. Deciding to start writing about skating was a thought that came into action, and when I started I had NO clue what I was doing and I certainly am not entirely sure I still do now!

I knew I wanted to interview skaters that I loved and share the stories of figure skating's most fascinating skaters in their own words but also to explore the more obscure and untold stories in skating and talk about skating's history and great performances. I wanted to offer readers something other than 'the PC', everyday and tame. I wanted to make skaters feel good about their contributions and see people appreciate the POSITIVE in a sport/art that in a way has suffered a bit of a loss in the way it's understood and presented by so many these days.

I am so humbled and thankful to have had the opportunities I have so far and am in awe of some of the things I've been able to do while writing a blog with a small, loyal but growing audience. I've interviewed Olympic Medallists, World Champions, legendary choreographers and even skaters like Gary Beacom, Anita Hartshorn and Jason Brown who have inspired me so much personally. I've had the chance to tell the beyond the grave story of Olympic Bronze Medallist Kira Ivanova, a talented skater whose murder has never been solved and to have tackled the controversial subject of bullying in the skating world. I've tried my hand at covering Olympic figure skating, interviewed the legendary Dick Button, sleuthed and solved historical skating mysteries, interviewed hundreds of skaters from up and coming stars to idols of my own, laughed, learned and became inspired by YOU - my readers - support to keep plugging away even when I became almost cripplingly discouraged over the holidays. It did it get better, it continues to and I'm starting to learn new ways of growing the blog's audience, becoming a more organized writer and not allowing this to monopolize my 'me' time or social life.

I'm so thankful to each and every one of you reading this for your support, kindness and encouragement. I want to take this blog to the next level and soon change the name to simply 'Skate Guard' soon to finally make what I'm doing just appropriate enough to appeal to the ENTIRE skating community. Don't worry, the telling it like it is, opinions and potty mouth aren't going anywhere!

There's a power in the pen and a power in yourself when you have passion for something and I am passionate and determined beyond words to write, write, write about figure skating and inspire whoever I can to get inspired about skating's history, humanity and artistry. Year one has been a roller coaster and year two is going to be FABULOUS!

If you enjoyed this feature, "like" this blog on Facebook at http://www.facebook.com/SkateGuard for all of the new interviews and writing as they get posted, pictures and news from the skating world and lots of great videos! You can also give me a follow on the Twitter at http://twitter.com/SkateGuardBlog. I love talking skating and would love to talk skating with you!
Posted by Skate Guard Blog at February 27, 2014
Email ThisBlogThis!Share to TwitterShare to FacebookShare to Pinterest
Newer Post Older Post Home
"As a rule an author has one or two popular ways of contrasting the past with the present. He can treat the past as lying in comparative doleful ignorance, or he can explain that the past was infinitely superior to the day we live in. Of course, either method is the popular journalism of the moment, and in reality there is no sharp contrast, but a gradual transition which leads the past into the present." - Joel B. Liberman, Skating Club Of New York