Liselotte Landbeck And The King Of Belgium 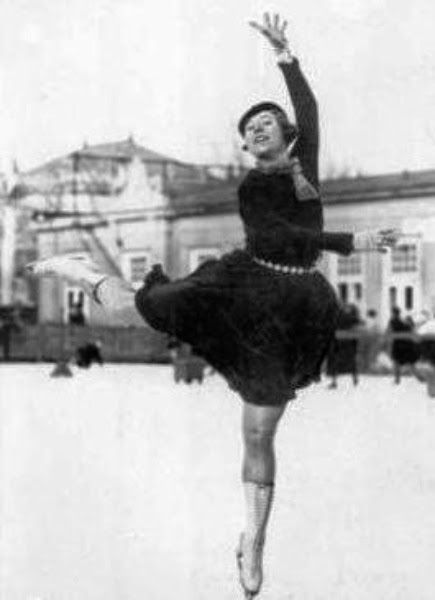 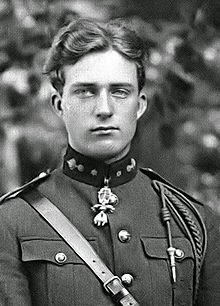 The high drama connected with figure skating most certainly didn't start with the salacious story of Tonya Harding or "the French judge" Marie-Reine Le Gougne at the 2002 Winter Olympics in Salt Lake City. The controversy surrounded one figure skater from a relatively forgotten era in figure skating may not be a story widely known in skating circles but it is most certainly one that was out there 'in the world outside'.

Austria's Liselotte Landbeck was actually a World Champion skater, not in figure skating but in speed skating. She won the first unofficial World Championship for ladies in speed skating in 1933 and actually held two ladies world records. That said, she was certainly an outstanding and accomplished figure skater as well. Landbeck won three Austrian titles, two silver medals at the World Championships and the bronze medal at the World Championships in 1935. Although originally from Vienna, she married Belgian pairs skater Robert Verdun in 1935 and opted to represent Belgium at the 1936 Olympics in Garmisch-Partenkirchen, Germany. Although her husband finished sixteenth out of eighteen pairs competing at those Olympics with his partner Louise Contamine, Landbeck fared MUCH better in the ladies event at those Games. She finished third in the school figures but a sixth place finish left her just off the podium behind Sonja Henie, Cecilia Colledge and Vivi-Anne Hultén and just ahead of American skater Maribel Vinson. In essence, that was Landbeck's skating career and after those Games, she opted to retire from competitive skating. It was what happened next in her life that changed everything.

In his book "From Küssnacht to Argenteuil", author Leo van Audenhaege pens an incredible story that really changes the way we look at Belgian royal history. van Audenhaege purports that during the winter of 1939-1940, the married Landbeck was invited to teach the royal children to ice skate and that her and the King fell 'in love at first sight'. He claims that Landbeck had an affair with the late King Leopold III, who was married himself at the time to Princess Astrid of Sweden. This affair produced a child, Ingeborg Verdun, who would in fact be an illegitimate half sister to Albert II, who reigned as King Of The Belgians from 1993 until his abdication from the throne for health reasons in July of 2013. Ingeborg Verdun was born in December 1940 in Antwerp and was raised without having any clue of her family ties to the Belgian royal family. Verdun now lives in the U.S. and did not learn the truth until she was fifty years old. In an interview with the Belgian magazine Humo, she stated "I was fifty when I first heard that my father is not my father. Fifty, you know what that means? That destroys your life."

Sadly, it seemed almost as if little clues to unravel this mystery were obfuscated in plain sight. Ingeborg shares a name with King Leopold III's then mother-in-law Princess Ingeborg of Sweden. When she was born, Liselotte Landbeck's hospital room was purportedly "filled with flowers from Laeken" and "a signed photograph of the 'biological father' of her baby was prominently on display." After his wife Queen Astrid died in a car accident in Switzerland - a car Leopold was at the wheel of - he ultimately married commoner Lilian Baels, the daughter of an Ostend shipping magnate and governor of West Flanders Province in 1941 and he wasn't exactly forthcoming about that either. Leopold and Lilian's wedding was held in secret and was considered in violation of Belgian law. van Audenhaege further suggests that Ingeborg Verdun wasn't the only illegitimate child that King Leopold III fathered. The handsome Monarch is said to have cheated on Lilian as well after World War II. He suggests that an unnamed half-brother to King Albert II was born of this affair. But wait... like any juicy story, that's not all! In his book "A Throne In Brussels", Paul Belien suggests that yet another illegitimate child was fathered by Leopold! The claims that this third suggested illegitimate child (Count Michel Didisheim, who was born in 1930) was fathered by Leopold were denied by Count Michel himself, who interestingly worked as Albert's private secretary for many years. It's all certainly a twisted web to say the least.

After abdicating from the throne himself in 1950 while his country was on the brink of civil war, Leopold travelled the world and dedicated his time and efforts to anthropology and entomology until his death in 1983. He is buried next to both of the wives he allegedly cheated on producing illegitimate children. What became of Liselotte Landbeck? No one really knows. After apparently spending time in both Stockholm, Sweden and in Belgium, van Audenhaege claimed at the time of his book's publication in 2011 that Landbeck was now living in a nursing home in an undisclosed location in a Southern climate. If she is in fact still alive, she would now be ninety nine years of age.

Can we with absolute certainty trust van Audenhaege's claims? Although it has been argued that van Audenhaege has 'no proof' and without disclosing where Landbeck is in fact specifically living now, we can hardly hear 'her side of the story' which she very well may not wish/have wished to be known. At any rate, it's certainly an intriguing and fantastical story that affects generations of Belgian royals and implicates one skating champion of a bygone era whose life we really ultimately know so very little about.

Skate Guard is a blog dedicated to preserving the rich, colourful and fascinating history of figure skating and archives hundreds of compelling features and interviews in a searchable format for readers worldwide. Though there never has been nor will there be a charge for access to these resources, you taking the time to 'like' on the blog's Facebook page at http://www.facebook.com/SkateGuard would be so very much appreciated. Already 'liking'? Consider sharing this feature for others via social media. It would make all the difference in the blog reaching a wider audience. Have a question or comment regarding anything you have read here or have a suggestion for a topic related to figure skating history you would like to see covered? I'd love to hear from you! Learn the many ways you can reach out at http://skateguard1.blogspot.ca/p/contact.html.
Posted by Skate Guard Blog at February 02, 2015
Email ThisBlogThis!Share to TwitterShare to FacebookShare to Pinterest
Newer Post Older Post Home