Don't Mess With The Golden Glider 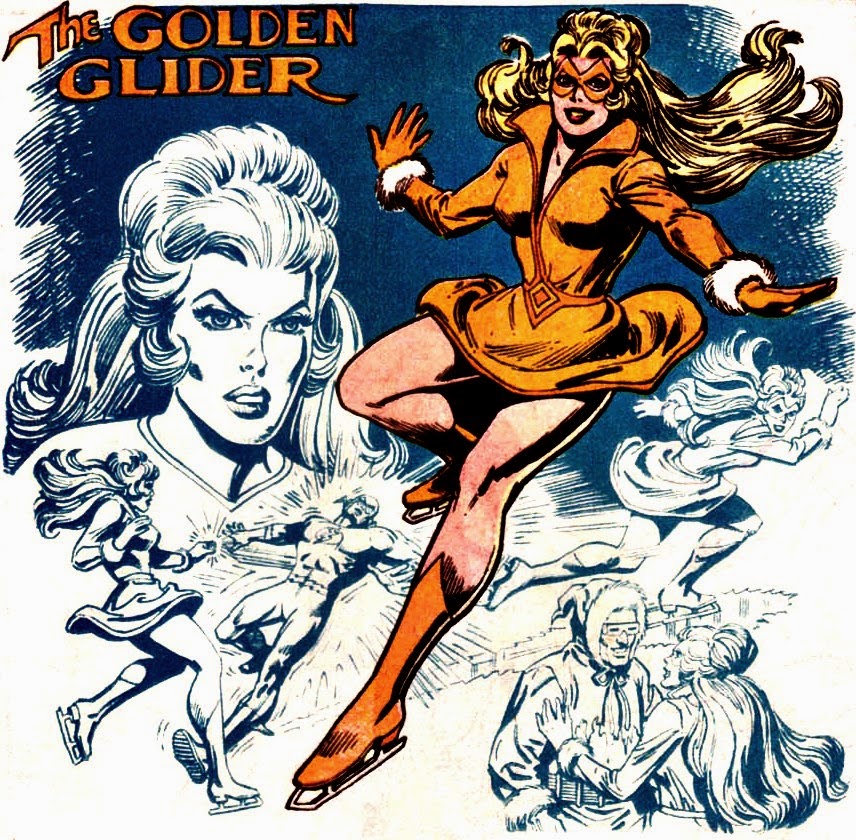 Aside from my affection for train travel, Sheldon Cooper and I likely wouldn't have a lot to chat about. I don't know a thing about theoretical physics and I've never read a comic book in my life. Just not my thing. That said, when I found out about the subject of today's blog, I simply couldn't resist sharing.

First appearing in D.C. Comics' "Flash" back in June of 1977, The Golden Glider was a fictional character created by Cary Bates and Irv Novick... and long before Tonya Harding gained notoriety as skating's 'bad girl', this comic book character was skating's super villain. Although I don't read comics, I've watched some of the earlier Batman movies (Michelle Pfeiffer as Catwoman - you just can't not!) so I totally get the premise of these comic book characters having an alter ego. You know, like the Canadian Heritage Moment commercial with the quote referring to Superman: "by day he's a mild mannered reporter, glasses, you know, secret identity".

The Golden Glider was the alter ego of the character Lisa Snart, an Olympic figure skater who was helped during her skating career by her lover and secret coach The Top, who was (you guessed it) another rival to The Flash character. The Top gets killed, so the skater vowed revenge and she transformed into this big, bad villain who wore an orange skating costume, a mask and skates which create their own ice flow, allowing her to skate on air. She even had diamonds and jewels that she used as hypnotic devices and explosives. I'm sorry, but Tonya had nothing on this girl. Well, maybe the triple axel, but a baton against skating on air with explosives? The 1994 U.S. Championships could have easily gone very differently. 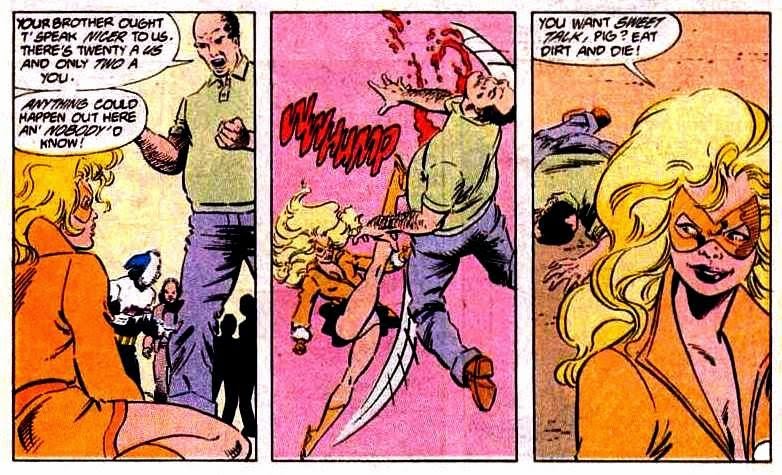 Killed off in the comic book's May 1996 comic book #113, the character would later be magically revived in a D.C. Comics 2011 revamp called "The New 52". The popularity of The Golden Glider even spawned another skating comic villain named Ice Kate who appeared in a 2003 comic book series aimed at younger teenagers called "Teen Titans Go!" Actress Peyton List even portrayed Lisa Snart (The Golden Glider) on the 2014 TV series "The Flash" on the American television network CW, which was renewed for a second season in 2015.

I've got to be honest here and say I was quite shocked to learn that a figure skating comic book character has been in existence since the seventies and I'd never heard of it, especially considering the surge in popularity of films based on comic books in recent years. That said, in a way I can't really be that surprised. Skating has crossed over in one way or another into almost every aspect of entertainment at one time or another - why not comics too? All I do know is this. If I were a technical controller, I'd be extra careful who I gave that edge call too. After all, they might have a mean streak like Lisa Snart.

Skate Guard is a blog dedicated to preserving the rich, colourful and fascinating history of figure skating and archives hundreds of compelling features and interviews in a searchable format for readers worldwide. Though there never has been nor will there be a charge for access to these resources, you taking the time to 'like' on the blog's Facebook page at http://www.facebook.com/SkateGuard would be so very much appreciated. Already 'liking'? Consider sharing this feature for others via social media. It would make all the difference in the blog reaching a wider audience. Have a question or comment regarding anything you have read here or have a suggestion for a topic related to figure skating history you would like to see covered? I'd love to hear from you! Learn the many ways you can reach out at http://skateguard1.blogspot.ca/p/contact.html.
Posted by Skate Guard Blog at August 30, 2015
Email ThisBlogThis!Share to TwitterShare to FacebookShare to Pinterest
Newer Post Older Post Home