The 1889 Championships Of America 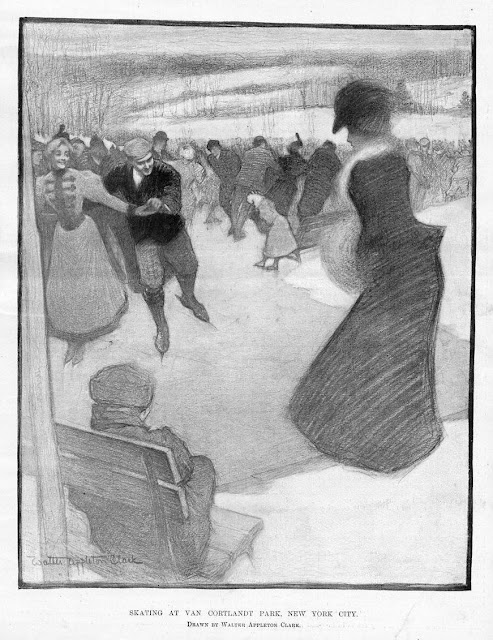 A year before boarding the Cunard royal mail steamer Ertruria and beginning his long journey to St. Petersburg, Russia in early 1890, Montreal's Louis Rubenstein - who you may remember from the final episode of the Axels In The Attic podcast series Allison Manley and I put together  a while back - firmly established himself by winning two competitions back to back in a ten day span. Today, we will take a look back at how a young man from Montreal trounced the competition and became both the U.S. AND the Canadian Champion in the same year.

The 1889 Championships Of America were held on January 30 of that year on Van Cortlandt Lake in The Bronx borough of New York City.  The weather that day was a balmy zero degrees Celsius - or thirty two degrees Fahrenheit for those of you reading down in the States - with not a flake of snow in sight. The ice was described as "fairly smooth and keen." Rubenstein's only real competition in New York City that day came from speed skater George Dawson Phillips. Due to frequent postponements and the short notice in which the event had been announced, only two competitors had initially entered. A third and less experienced skater, New York's S.J. Montgomery signed up at the last minute and actually quit midway through the competition, trailing so far behind the leaders it was almost becoming embarrassing. 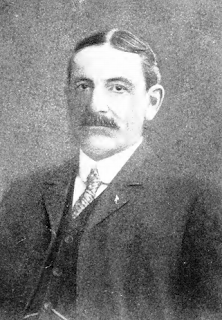 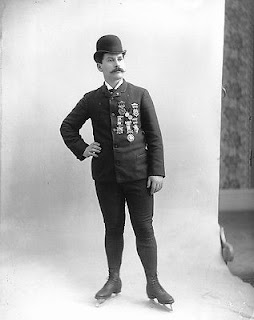 Although Phillips actually won five rounds of the competition, tying with Rubenstein in a sixth category, in the end Rubenstein finished the event with fifty one points to Phillips' forty seven. New York's S.J. Montgomery ended the competition with a mere twelve points, calling it a day after round sixteen. An account of Rubenstein's performance from the February 2, 1889 edition of The Sun noted, "His toe spins and whirls were revelations, and as a one-foot performer he excelled all previous exhibitions seen here. His flying ornamental threes and fives, and small, endless rings joined together by short lines were simply wonderful. Scraping a little powdered ice together about the size of a dinner plate, he cut a perfect American star with five points on one foot, and followed by forming a Maltese cross, as true in shape as though carved by a chisel."

A second account from "Outing: An Illustrated Monthly Magazine Of Sport, Travel And Recreation, Volume XIV" elaborated, "Rubenstein is twenty-six years old, 5 ft. 7 1/2 in. high, and weighs 168 lbs. He has never used tobacco or intoxicating liquors, and is consequently in perfect physical condition. His first appearance, eight years ago, was made at a moment's notice, by request, to fill an entry list, and he was unsuccessful. Since then he has won the successive Canadian championships and the American championships in 1888 and 1889, not competing at the first one in 1887. In what may be called the fundamental or elementary portion of the National programme, Mr. Rubenstein is no better, or possibly less exact, than some of our New York skaters, but in the more complicated figures, in one-foot work and in original combination and specialities he is without a peer. Mr. Phillips has been a noted speed skater and record breaker for many years. He did not give special attention to figure skating until last year, and deserves credit for his plucky entry in what seemed in advance almost a hopeless struggle - while more experienced, and presumably, more skillful skaters declined to compete. Mr. Montgomery entered at the post merely to fill the list, and had no intention of serious competition, but surprised everybody by a fair execution of the first half of the programme."

Nine days later, Rubenstein won the Canadian title on home turf at the Victoria Skating Rink in Montreal, again beating New York's Phillips. Rubenstein's brother Abraham finished third. To again hammer home the fact that the judging and scorekeeping of every competition back in those days was often completely different, Rubenstein's winning score at the Canadian competition was over three hundred and seventy five points, a far cry from the fifty one he earned in winning the New York event.

The March 14, 1889 issue of "The Montreal Herald" reported that Rubenstein (for reasons lost to history) didn't actually receive the gold medal he won at the 1889 Championships Of America until the afternoon of March 13. A delay that long makes Nancy Kerrigan's complaint of Oksana Baiul taking too long to 'prepare herself' to receive her gold medal at the Lillehammer Olympics in 1994 seem particularly petty in comparison. A month and a half wait, though? I guess the mail wasn't any faster then than it is now.

Skate Guard is a blog dedicated to preserving the rich, colourful and fascinating history of figure skating and archives hundreds of compelling features and interviews in a searchable format for readers worldwide. Though there never has been nor will there be a charge for access to these resources, you taking the time to 'like' on the blog's Facebook page at http://www.facebook.com/SkateGuard would be so very much appreciated. Already 'liking'? Consider sharing this feature for others via social media. It would make all the difference in the blog reaching a wider audience. Have a question or comment regarding anything you have read here or have a suggestion for a topic related to figure skating history you would like to see covered? I'd love to hear from you! Learn the many ways you can reach out at http://skateguard1.blogspot.ca/p/contact.html.
Posted by Skate Guard Blog at October 04, 2018
Email ThisBlogThis!Share to TwitterShare to FacebookShare to Pinterest
Newer Post Older Post Home