Jump Combinations In Jakarta: A Quick History Of Skating In Indonesia 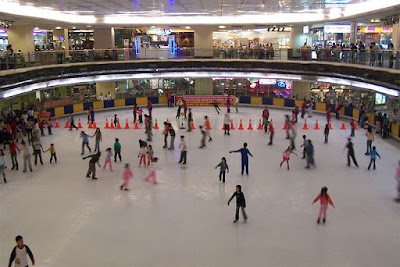 With average monthly temperatures of over twenty degrees Celsius year round, Indonesia is hardly a country many would associate with figure skating. Although the island nation in South Asia has yet to produce a competitor at any major senior ISU competition, its figure skating history is indeed an interesting one.

Skating was first introduced in Indonesia by Americans way back in August of 1955, when Holiday On Ice arrived to present a show in conjunction with the U.S. Department Of Commerce's Office Of International Trade Fair in Jakarta. Things didn't exactly run smoothly. An account from "The Milwaukee Journal, August 29, 1955 recorded, "The troupe arrived... with freezing unit, pipes, lights, costumes, a band and the skaters. For a time it seemed that some angry tropical god was determined to frustrate the plan to make a big cake of ice in Indonesia. A cable lowered a 20 ton freezing unit from a ship to a dock parted, and in the resulting crash the machinery was damaged. For a week technicians pawed over the complicated tangle of valves and pipes. Communist newspapers were scoffing and derogatory, while the pro-Western press was skeptical but hopeful. Then the technicians triumphed, and the much battered apparatus began to run. Twenty tons of crushed ice, the largest order in the history of the country, was dumped into the open air arena, where a foundation of pipes attached to a freezing unit had already been laid." Once the kinks got ironed out, the show ran for a month, drawing thousands of awestruck Indonesians who had never seen figure skating before in their lives. The tour returned in the sixties, performing as goodwill ambassadors for USIS: the United States Information Service.

In August of 1972, a ten thousand, seven hundred and sixty four square foot indoor rink opened in Jakarta. Built with Japanese technology and Indonesian capital, the Indonesian Skating Rink Center
cost contractors over two hundred million rupiahs - almost half a million dollars - to construct. Located on outskirts of Jakarta Senajan Sports Complex. the rink drew in large crowds and fostered a fascination with the sport. Tourists from neighbouring nations travelled to the facility to take to the ice but skating was regarded by many as a novelty, not a sport.

In the nineties, the Sky Rink opened in Taman Anggrek Mall and became a mecca for South Asian skating enthusiasts. Soon other ice rinks followed: the BX Rink- Bintaro XChange in Banten and Garden Ice in Paris Van Java Mall in Bandung. The Federasi Ice Skating Indonesia joined the International Skating Union in 2013 and since then have fielded a handful of competitors on the ISU's Junior Grand Prix circuit. 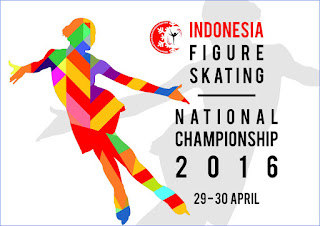 Poster from the 2016 Indonesian National Championship

However, with only a few rinks and a lack of high level coaches, figure skating in Indonesia perhaps has a long way to go before it will compete with 'the big guns'. Fifty years ago, no one would have predicted Olympic and World Champions from China, Japan and Korea... so I wouldn't count out this new kid on the skating block one bit.

Skate Guard is a blog dedicated to preserving the rich, colourful and fascinating history of figure skating and archives hundreds of compelling features and interviews in a searchable format for readers worldwide. Though there never has been nor will there be a charge for access to these resources, you taking the time to 'like' on the blog's Facebook page at http://www.facebook.com/SkateGuard would be so very much appreciated. Already 'liking'? Consider sharing this feature for others via social media. It would make all the difference in the blog reaching a wider audience. Have a question or comment regarding anything you have read here or have a suggestion for a topic related to figure skating history you would like to see covered? I'd love to hear from you! Learn the many ways you can reach out at http://skateguard1.blogspot.ca/p/contact.html.
Posted by Skate Guard Blog at December 20, 2018
Email ThisBlogThis!Share to TwitterShare to FacebookShare to Pinterest
Newer Post Older Post Home