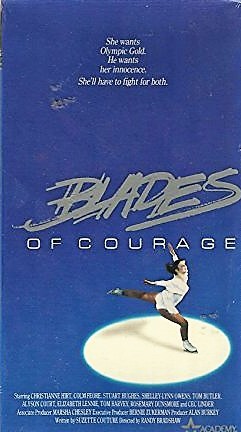 Less than a year before The Battle Of The Brian's and Liz Manley and Tracy Wilson and Rob McCall's medal winning performances at the 1988 Winter Olympic Games in Calgary, a CBC made for television capitalized on Canada's figure skating fever. The film, directed by Randy Bradshaw, originally aired on CBC as "Skate!" but was later released on VHS and Beta as "Blades Of Courage" and in Scandinavia with subtitles under the title "Tulta Ja Jäätä". 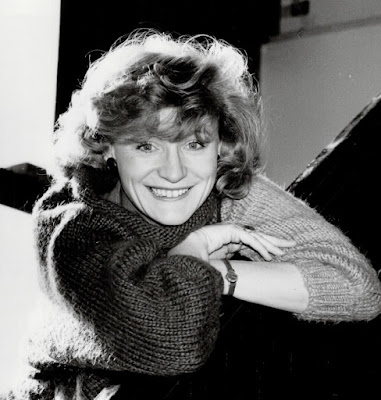 "Blades Of Courage" starred nineteen year old Swiss born Vancouver actress Christiane Hirt as fifteen year old Lori Laroche, a figure skater from Peterborough vying for gold at the Canadian Championships. It was Hirt's first lead role in a film. She starred alongside Rosemary Dunsmore, who played her (at times overbearing) mother and Colm Feore, who played the film's villain - her coach.

Prior to "Blades Of Courage", Christiane Hirt had been a competitive figure skater for seven years. Her skating career ended at the age of thirteen, when chronic tendinitis caused her hang up her skates. She focused her attention on dance and acting lessons, earning roles in "Shelley", "The Glitter Dome" and "Picking Up The Pieces". CBC had been looking for someone for almost a year before Hirt first auditioned in Toronto. She went home, returned to the ice and took private lessons for three months, came back to Toronto for a screen test and got the part. She told a reporter from "The Vancouver Sun", "I was never at the point in my skating where Lori is, but I dreamed of the same things. In a way, it was very close to me, and yet on the other hand, it showed me how far I had moved away from the skating world."


In the film, Lori LaRoche wins the free skate at the Canadian Championships but finished third due to her poor showing in the school figures. The powers that be at the CFSA bump the second place skater from the Canadian team and send her to the World Championships. When she places an impressive tenth, they make her ditch her maternal small-time coach and send her to work with a 'top notch' abusive, manipulative coach in Toronto. The film addresses the role her complicated relationship with her new coach and the divorce of her parents affect her skating career. It also touches on the problem of how skaters deal with retirement, when they've devoted their young lives to sport at the cost of education and 'real world' skills. 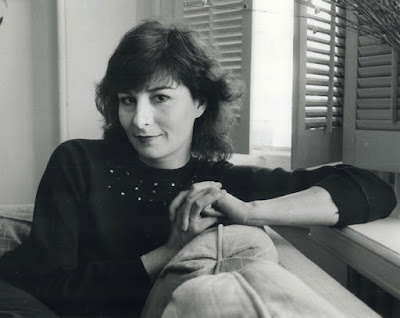 Olympic Silver Medallist Debbi Wilkes, whose picture was in the lobby of the Markham Centennial Centre where all of the skating scenes were shot, served as the choreographer and worked with Suzette Couture on the script. She had been contacted prior to the Sarajevo Olympics by Bernard Zukerman, then a producer at "The Journal", about the idea of a skating film. It was shelved for a time, then revived when Zukerman moved to CBC's drama department. The film drew on Wilkes' reminisces about her own skating career. "I remember that at sixteen, you are rather a pawn," she told reporters. "Many of the decisions of the Canadian Figure Skating Association are not popular. It's a deadly game because very young children are pushed. You're dealing in a psychological game that can be devastating." 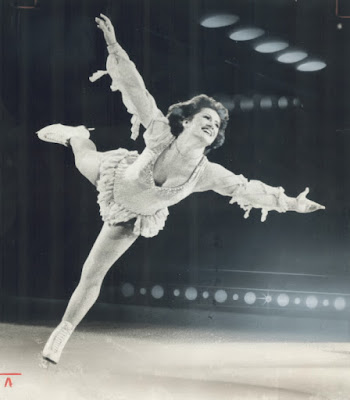 Canadian Champion and Olympian Lynn Nightingale was Christiane Hirt's mentor and stunt double for the film. Though Hirt did a great deal of the skating scenes herself, it was Nightingale who performed the jumps, spins and school figures. She hadn't done figures for ten years, having toured with Ice Capades and coached since turning professional in 1977. She wore a wig to look more like Hirt. On set, one young extra without a filter told her, "You have to age by two years [in the script]. Gee, you look like you've aged twelve years."

There were criticisms about some of the film's inaccuracies. For starters, all of the competition scenes were filmed under spotlights, which of course only would have been used for professional competitions at the time. In one scene, a triple Salchow was incorrectly identified as a triple Lutz. The short program didn't exist. It was also suggested that Lori's 'big trick', the triple Salchow, would alone have been enough to win the Canadian or World Championships. Even in the late eighties, Liz Manley was performing multi-triple programs and had the triple Lutz in her repertoire. Some questioned the believability of the character of Bruce Gainor, Lori's detestable coach. Alan Burke, who produced the film, said, "We've seen examples of Bruce Gainor's type of behaviour. Debbi Wilkes says she has seen worse. What we wanted to do with the character is push it as far as we could truthfully go." Feore later admitted that he "was terrified" of the character he played and that he went through some soul-searching when the script called for him to throw Hirt's character against a wall. He told Ted Shaw, "That was done in one of the first few days of shooting and we were not particularly well-acquainted, so all the crew saw was this total stranger, looking reasonably evil, come in and slam their darling against the wall! You know, the funny thing is, when I was asking around in Stratford, doing research for the role, talking to skating coaches, they said this was tame."
Despite these criticisms, the film still managed to probably do the best job of any film - television or otherwise - to that point of accurately portraying the figure skating world.

The film was released on October 4, 1987 as part of a new series of specials called "Sunday's Main Event". Up against a new Perry Mason film and a Victoria Principal TV movie called "Mistress", the film garnered impressive ratings and received mostly positive reviews. Vancouver film critic Lee Bacchus was one of the few to give the film a 'thumbs down'. He complained, "Skate! falls flat on its kiester. It panders to its audience and opts for a Rocky-like finale that warms our hearts but insults our intelligence."

Skate Guard is a blog dedicated to preserving the rich, colourful and fascinating history of figure skating and archives hundreds of compelling features and interviews in a searchable format for readers worldwide. Though there never has been nor will there be a charge for access to these resources, you taking the time to 'like' the blog's Facebook page at http://www.facebook.com/SkateGuard would be so very much appreciated. Already 'liking'? Consider sharing this feature for others via social media. It would make all the difference in the blog reaching a wider audience. Have a question or comment regarding anything you have read here? Have a suggestion for a topic related to figure skating history you would like to see covered? I'd love to hear from you! Learn the many ways you can reach out at http://skateguard1.blogspot.ca/p/contact.html.
Posted by Skate Guard Blog at January 10, 2019
Email ThisBlogThis!Share to TwitterShare to FacebookShare to Pinterest
Newer Post Older Post Home