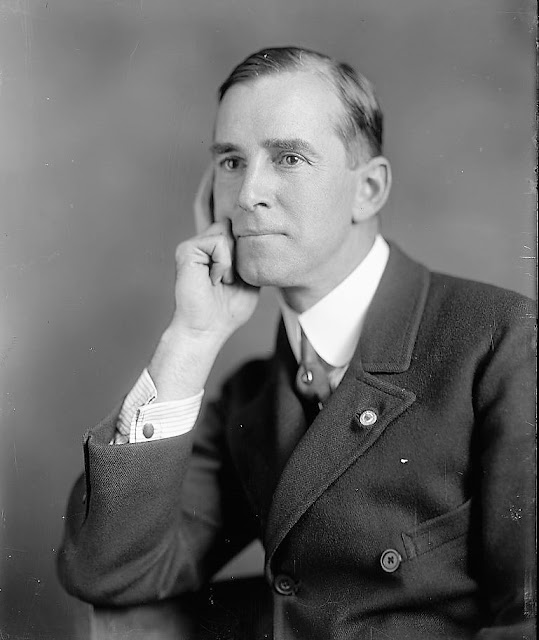 Born February 10, 1873 in Brooklyn, New York, Paul Armitage was the son of Herbert Grayson and Helen 'Kittie' (Harbeck) Armitage. He grew up on the Upper East Side of Manhattan, where his father worked as an importer of small wares. Kittie Armitage 'kept house' with the help of a live-in servant, and raised Paul and his sister Martha. As a boy, Paul was both athletic and studious. He excelled at skiing and snowshoeing and while attending J.H. Morse's School, won the Alumni prize of free tuition to Columbia University after receiving the highest grade on his entrance exam.

Paul took up residence in Bay Shore, Long Island and graduated from Columbia University in 1894. Two years later he graduated from the University's law school. While attending Columbia, he was active in a number of student organizations and social groups. He even appeared in the Columbia College Dramatic Club's production "Confusion" in 1892.

After being admitted to the bar, Paul entered into a business partnership with one of his Columbia classmates, Archibald Douglas. Their law firm endured several name changes with comings and goings of various lawyers. The firm was one of the first tenants in the Woolworth Building on Broadway when it opened in 1912 and remained operational for over fifty years.

Paul served as counsel of the Woolworth Estates, the United Verde Extension Mining Co. and the G. R. Kinney Company. He also served as a trustee of the James Douglas Trusts, and was involved in the work of Memorial Hospital for the Treatment of Cancer and Allied Diseases. A busy bee to say the least, he also served as director and chair of the American Mining Congress, Hazeltine Research and Electronics. Harnett Electrical Corporation, the Suffolk Products Corporation and the Educator Shoe Corporation Of America. An expert in taxation law, he penned several articles on mining taxation in journals of the American Institute of Mining and Metallurgical Engineers.

A member of the Skating Club Of New York, Paul was also one of the most influential members of his city's figure skating community during The Great War and in the roaring twenties. He acted as a skating judge at many of the competitions that took place at the Hippodrome and St. Nicholas Rink.

At the Annual General Meeting of the International Skating Union Of America hosted by the Sno Birds in Lake Placid in 1921, Paul - then the chair of the Figure Skating Department - requested that control of figure skating be turned over to those who were 'directly interested' in the sport. The governing body promised that if a satisfactory organization was formed, this could happen. As a result, a notice was sent to skaters in New York, Philadelphia and Boston, and a meeting was held in New York where the USFSA was formed. In the autumn of 1922, Paul served as the first chair of the USFSA's Publications Committee, alongside Edith Eliot Rotch, Theresa Weld Blanchard and Nathaniel Niles.

In the twenties, Paul served as Chairman of the USFSA's Executive Committee for four years. as well as on a five member special committee of the Skating Club of New York devoted to reviving interest in figure skating in the city, which waned slightly after the 'Charlotte craze' during The Great War. He was instrumental in organizing some of the club's first carnivals.

In addition to his important work behind the scenes, Paul was an accomplished skater in his own right. In 1924 and 1925, he teamed up with Clara Hartman, Grace Munstock and Joel B. Liberman to win the first two U.S. fours titles in history. At the first North American Championships in Ottawa in 1923, this New York four finished second to the Minto Four in the contest for the Connaught Cup. The New York four - minus Grace Munstock - also competed for the Connaught Cup in 1921, before it was contested at the North American Championships. In his book "Fifty Years Of Skating", Joseph Chapman recalled, "Perhaps, however, I can touch upon Paul Armitage, Rosalie Dunn, Clara Hartman and Joel Liberman who composed the first New York 'four' - any one of whom would demonstrate a 'loop jump' or a 'rocker' in any hotel lobby or railroad station any time they happened to think of it." After his divorce from his first wife Alice Lyon Watson, Paul actually married his fours partner Clara Hartman. The couple raised two children.

An advocate for the musical and artistic possibilities of figure skating, Paul was passionate about both music and ballet. His obituary noted, "He was believed to be the possessor of one of the largest collections of phonograph records of classical music."

In one of his many articles for "Skating" magazine, Paul prophesied about an ice theatre of the future. He expressed, "When, some day, there be found a group possessed of sufficient energy, vision, and courage to build and support... a skating Theatre, they will dedicate it to the young skater who has not only the daring to stifle the unholy triad of tradition, technical display, and virtuosity, but the imagination and curiosity to look over the walls that tend to hem in this Fine Art, and in a spirit of adventure and with the radiance of the new day explore the horizon lying in the Beyond. He will not only be a skater but a dancer or musician, in short an artist. And on the proscenium arch of the theatre they will place the inscription, Ici L'inspiration Deploye Ses Ailles."

Paul passed away on June 28, 1949 at the age of seventy six of a heart attack in the office of his law firm... working tirelessly until his last day at one project or another that he felt would better the world of tomorrow.

Skate Guard is a blog dedicated to preserving the rich, colourful and fascinating history of figure skating and archives hundreds of compelling features and interviews in a searchable format for readers worldwide. Though there never has been nor will there be a charge for access to these resources, you taking the time to 'like' on the blog's Facebook page at http://www.facebook.com/SkateGuard would be so very much appreciated. Already 'liking'? Consider sharing this feature for others via social media. It would make all the difference in the blog reaching a wider audience. Have a question or comment regarding anything you have read here or have a suggestion for a topic related to figure skating history you would like to see covered? I'd love to hear from you! Learn the many ways you can reach out at http://skateguard1.blogspot.ca/p/contact.html.
Posted by Skate Guard Blog at May 09, 2019
Email ThisBlogThis!Share to TwitterShare to FacebookShare to Pinterest
Newer Post Older Post Home