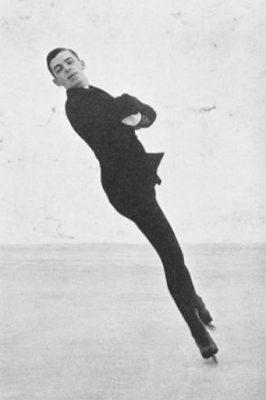 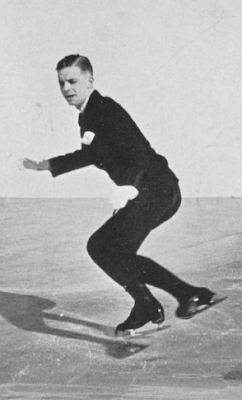 The son of William and Mary Constance (Partridge) Lee, Philip William Lee was born July 22, 1913 in Winnipeg, Manitoba. He grew up in a newly constructed Queen Anne Revival Style apartment block on Wardlaw Avenue, just off Wellington Crescent - one of the city's most prestigious areas. His father worked as an inspector at the Western Canada Loan and Savings Company, a firm founded by Philip's great great grandfather. Philip's father was a dog fancier who enjoyed hunting and canoeing... as well as skating at the Winnipeg Winter Club. 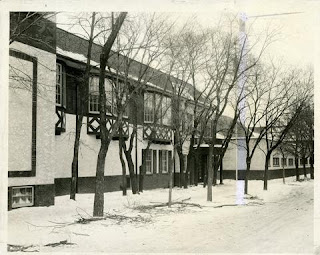 Though Philip learned to skate as a youngster, it wasn't until he was in his twenties - in the height of The Great Depression - that he began taking skating seriously. On a clerk's meagre salary, he managed to scrimp and save to afford to pursue his dream. 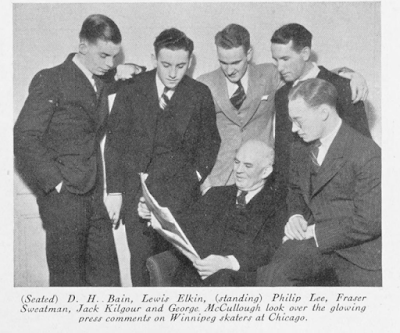 In 1965, Philip recalled, "I would hazard a guess that $1,500 would have covered in my era three complete years of skating. But then we paid only about $1.50 for a 20-minute or half-hour lesson, depending on the pro. Now, I have been told, the charge can be as high as $3 for 15 minutes - and more. We paid about $65 for a pair of boots and skates. Today's skaters pay $150 and more. Today the men wear special free skating outfits that are said to cost in the neighbourhood of $150 or thereabouts. We were not nearly so fancy." Philip received most of his early instruction from Leopold Maier-Labergo, a German Champion who had emigrated to Canada. 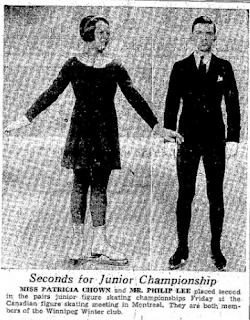 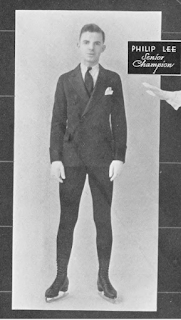 Though Philip held the Winnipeg Winter Club's senior men's and pairs titles, it was far from a given that he would succeed on a national level. In the thirties, skaters from Montreal, Ottawa and Toronto utterly dominated the Canadian skating scene, but Philip broke the mold. In 1934, he became only the third man from west of Ontario to win the Canadian junior men's title. In 1936 and 1937, he medalled in the senior men's event - a feat only accomplished before by two Western Canadian skaters - Lewis Elkin and Rupert Whitehead. 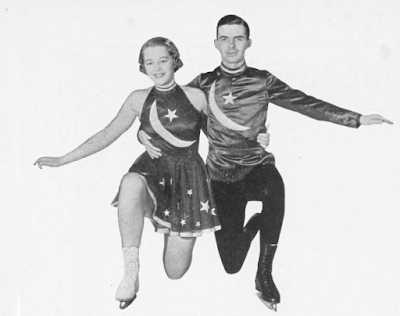 When Philip won the Canadian junior pairs title with Patricia Chown in 1938, he became the first skater from Western Canada to win Canadian junior titles in more than one discipline. That year, he also 'skated up' in the seniors, just missing the podium in both singles and pairs. His free skating program was set to an original composition called "Spirit Of The Blades", while he and Patricia's pair was performed to "Orchids In The Moonlight" and "Zephyr Blown". 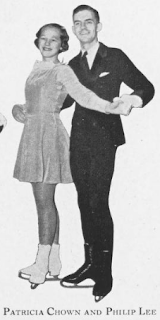 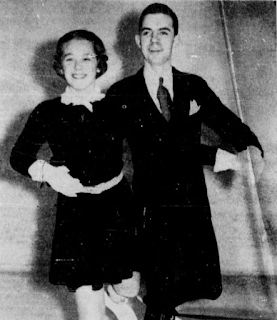 Philip's skating career was cut short by two factors - his partner Patricia's decision to turn professional to coach at the Winnipeg Winter Club and World War II. During the War, Philip served as a Lieutenant with the Royal Canadian Naval Volunteer Reserve. On November 17, 1943 in York Mills, Ontario, he married Ruby Margaret Knox, an airwoman stationed with the Royal Canadian Air Force in Hagersville. Ruby was the daughter of a Major and her maid of honour and attendant were both fellow airwomen. After a short trip home to Winnipeg to visit Philip's family, the newlyweds returned to their respective stations.

After the War, Philip and Ruby reunited and settled for a time in Winnipeg, where Philip briefly taught skating at the Winter Club. In 1950, he served as the business manager of the first summer skating school in the Prairies. One of the unique aspects of this school was a series of lectures on figure skating history. Though he remained quite removed from the national skating scene - not attending the Canadian Championships in person for over twenty years after competing - he regularly penned articles on the sport for the "Winnipeg Free Press". He and Ruby later settled in Calgary and raised three children. Philip passed away on May 19, 1997 at the age of eighty three, his efforts to put Western Canada on the proverbial skating map all but forgotten.

Skate Guard is a blog dedicated to preserving the rich, colourful and fascinating history of figure skating and archives hundreds of compelling features and interviews in a searchable format for readers worldwide. Though there never has been nor will there be a charge for access to these resources, you taking the time to 'like' the blog's Facebook page at http://www.facebook.com/SkateGuard would be so very much appreciated. Already 'liking'? Consider sharing this feature for others via social media. It would make all the difference in the blog reaching a wider audience. Have a question or comment regarding anything you have read here? Have a suggestion for a topic related to figure skating history you would like to see covered? I'd love to hear from you! Learn the many ways you can reach out at http://skateguard1.blogspot.ca/p/contact.html.
Posted by Skate Guard Blog at August 13, 2019
Email ThisBlogThis!Share to TwitterShare to FacebookShare to Pinterest
Newer Post Older Post Home