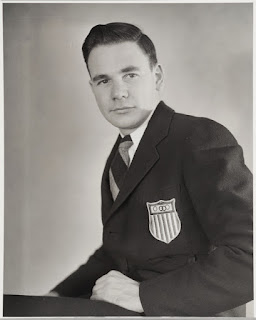 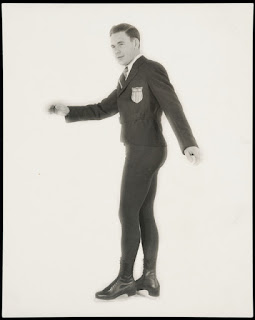 The eldest son of Charles and Elma (Wheeler) Reiter, Erle Charles Reiter was born December 29, 1916 in Minneapolis, Minnesota. His father was a buyer of hardware and radio supplies for the mail order company M.W. Savage Factories, Inc. and his grandfather hailed from Luxembourg. He grew up on York Avenue in Linden Hills, South Minneapolis and started skating with his younger brother Ralph at the age of seven on a backyard pond flooded by his father. 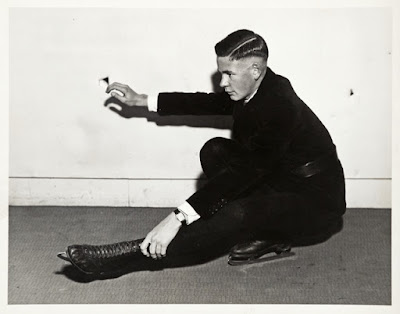 Though he suffered from a congenital eye problem that made skating outdoors challenging, skating became a winter passion for young Erle. However, it wasn't until he made his way to the Minneapolis Arena, where he began learning the fundamentals of skating from coach Julius Nelson at the age of sixteen, that he began pursuing the sport seriously. He spent time at the Skating Club Of New York taking lessons from Willy Böckl and in 1935 at the age of eighteen, he claimed both the Midwestern and U.S. Junior men's titles. 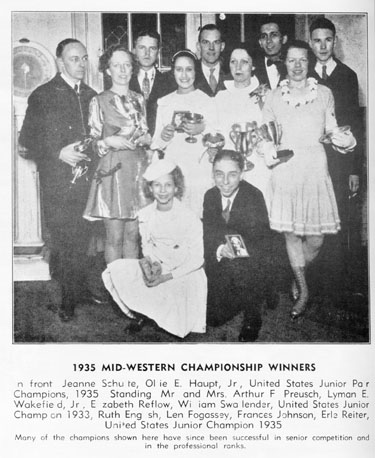 In "The New York Times", Maribel Vinson noted, "He can be seen every morning of the week practicing his advanced figures. He gets on the fresh ice at 7 o'clock and usually trains for three to four hours, sometimes returning for the evening session as well. Even with such intense concentration, it is remarkable that in a sport as involved as figure skating he has been able to master senior technique in only two years. Fast footwork, fine knee-action in his dance steps, high, sure jumps of every variety, and unusual spins of great speed and length make Reiter a find prospect for the Olympic team." Maribel called it! A second place finish at the U.S. Championships in New York City earned Erle a coveted spot on the 1936 American Olympic and World teams. 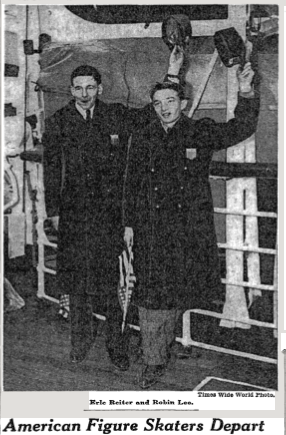 Although he placed an unlucky thirteenth at the Winter Games in Garmich-Partenkirchen, Erle moved up two spots to eleventh at the World Championships that followed in Paris... certainly creditable results for a skater competing against the best of the best in men's figure skating in their first trip abroad. 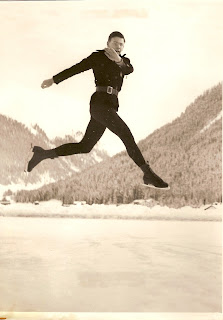 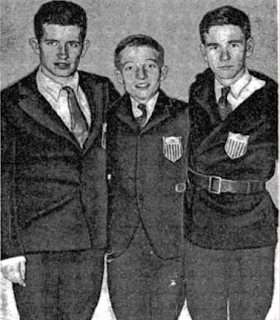 In the two years that followed, Erle placed second in the senior men's competition at the U.S. Championships to Robin Lee, a talented young skater from St. Paul who always seemed to be one step ahead of him. For example, at the 1937 U.S. Championships in Chicago, Erle wowed audiences with a one-and-a-half Lutz jump which reporter Charles Bartlett claimed to have called for "the combined talents of a trapezist, tight rope dancer, and six day bike rider." Robin Lee responded with two double Salchows. During this period he had upped his game by training at the Skating Club of New York and had become only the seventh skater in America to pass the elusive Gold Medal test. Rather than stick it out until the 1940 for a chance to compete at the Olympics a second time - a wise move as those Games were ultimately cancelled by World War II - Erle turned professional, performing for a time in the popular ice shows held in the Iridium Room of the St. Regis Hotel. 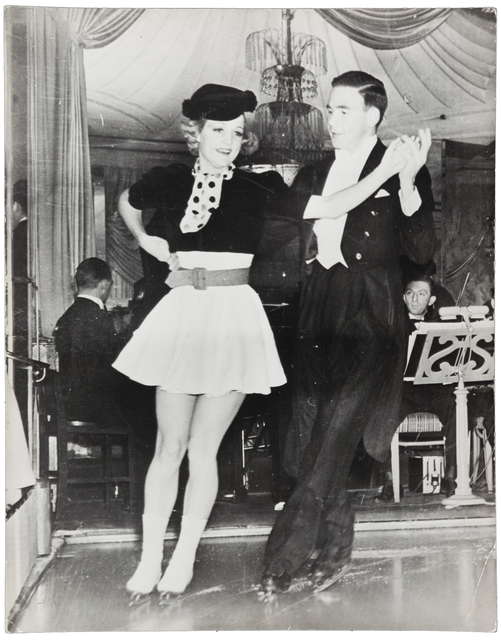 Erle's professional career was cut short when he enlisted in the United States Armed Forces. He began his stint in the military as a tank driver in Fort Knox but was transferred to a desk job due to his eyesight, reaching the rank of Sergeant. Military service was nothing unfamiliar to Erle, as his father had signed up for the draft in both World War I and II. After the War, he worked at alongside his father and brother at the family hardware business C.F. Reiter and Co. In the early fifties, he took over the company's reigns, married and had two sons. 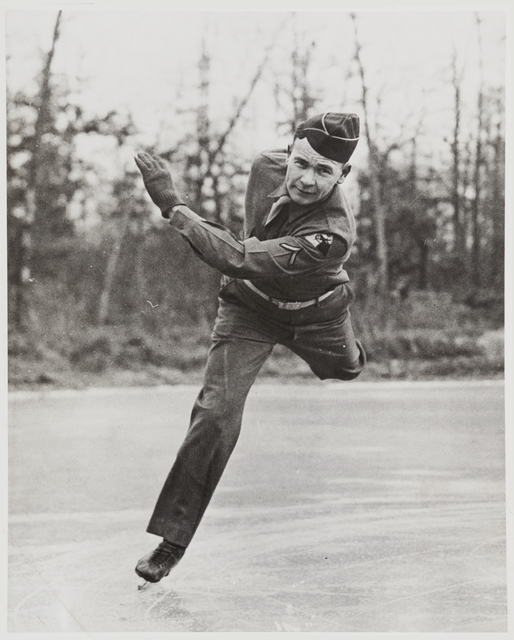 In addition to skating well into his eighties, Erle competitively raced sailboats in regattas. He was a member of the Minnetonka Yacht Club, Calhoun Yacht Club and Inland Lakes Yachting Association and also ran five and ten kilometer races with the Minnesota Distance Running Association. Fit as a fiddle for much of his long life, he passed away on December 3, 2008 in Bloomington, Minnesota at the age of ninety one, leaving behind a legacy as one of America's great men's skaters of the pre-World War II era.

Skate Guard is a blog dedicated to preserving the rich, colourful and fascinating history of figure skating and archives hundreds of compelling features and interviews in a searchable format for readers worldwide. Though there never has been nor will there be a charge for access to these resources, you taking the time to 'like' on the blog's Facebook page at http://www.facebook.com/SkateGuard would be so very much appreciated. Already 'liking'? Consider sharing this feature for others via social media. It would make all the difference in the blog reaching a wider audience. Have a question or comment regarding anything you have read here or have a suggestion for a topic related to figure skating history you would like to see covered? I'd love to hear from you! Learn the many ways you can reach out at http://skateguard1.blogspot.ca/p/contact.html.
Posted by Skate Guard Blog at August 06, 2019
Email ThisBlogThis!Share to TwitterShare to FacebookShare to Pinterest
Newer Post Older Post Home