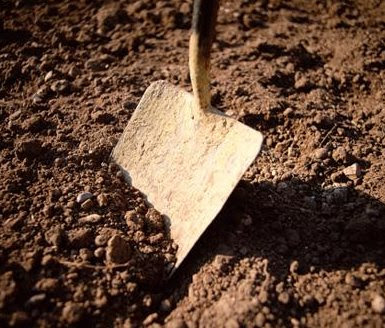 Today's gem is a short excerpt from "A Winter Sport Book", released in 1911 by British "Punch" cartoonist Reginald Thomas Cleaver. It was reproduced in J.C. Dier's "A Book Of Winter Sports" the following year under the title "Humors Of Skating".

Looking back on some of the sports pursued at Montana, in Switzerland, that of skating occupies a prominent place in the memory, though no one could compare the skill of the performers there with exhibitions at Villars. Yet I will make bold to say that the skating, greatly inferior though it may be to that of the more renowned and spacious rinks, is in one respect too good. It misses some of the exquisite humors to be witnessed in Regent's Park, and which depend not so much on the skill of the performers as on their want of it. Never at Montana, but frequently in England, there is the suggestive incident of two perfect strangers, generally of different sexes, colliding by some slight miscalculation with each other, and, to save a sudden fall, clinging with a fervid embrace round the waist or neck or either arm each of the other, and holding on trustfully and wholeheartedly till the errant feet are steadied and the parties, at last confusedly recognizing the precise situation, part with hastily murmured apologies, meeting thus once and never again, between the cradle and the grave. One may speculate whether such a slashing of atoms has been recorded in the evening diary by either of those concerned, or whether it has in the whirligig of time led to some no less fervid but less fleeting union, and been the beginning of a life-history of conjugal peace.

Another humor of the ice I can recall which unfortunately could not be reproduced in Switzerland. Some forty years ago, no less, we repaired for an afternoon's skating to the Welsh Harp, Hendon. I have never been there since, but can remember the grand expanse of inferior ice and the huge crowd on it. People were standing in thick clusters, talking and laughing, or wildly whirling about or patiently practising rudimentary figures where space allowed. One youth of the second sort was speeding round the lake as hard as he could go, and was dashing towards a group of persons intending presumably to skim past them without personal contact. Unfortunately a young man on the outside, while talking harmless vapidities to his lady friend, moved about a foot outwards, just at the wrong moment, and about half of his frame was suddenly caught in the onset of the "scorcher." The latter buffeted him violently, and careered on, not looking round. The victim of his roughings was not at once knocked down, but set rotating. His staggers, though obviously abortive from the start, for a
second or two took that form. He waltzed alone, uneasily, and with irregular lurches like a top just before it falls; and while this was going on, he began his remonstrance in language, it seemed to me, of remarkable self-restraint : "Sir, I think you might at least stop and apologize when you knock a man down." So we all thought, but this was just what the scorcher did not do; and the complainant who began his plea while still rotating continued it in a crescendo of gathering emotion, as the other was now almost out of hearing, and ended it with a loud shout in a sitting posture, the voice rising as the body sank. It was difficult not to apprehend that his conduct, though kept well within bounds, may not have enhanced his dignity in the eyes of Phyllis; and indeed a promising love-affair may have been rudely checked as he sat on the ice patiently restoring his bowler hat to its original shape, and yelling till his voice cracked after a wholly indifferent stranger. But pathetic though the incident was, from some points of view I could not help being glad that it happened so near to where we were
standing; and forgetting it is out of the question now. 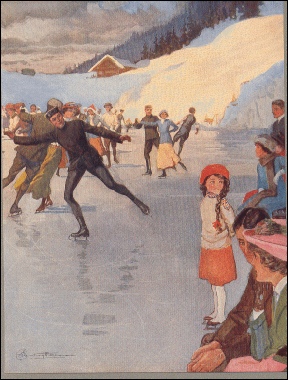 Different in its appeal to the imagination was a catastrophe that occurred to a tall bearded skater very soon after the collision above described. We were standing talking in a small group, in a crowded quarter of the lake, when a singular noise made us turn our heads. It was a mixture of a hiss and a rumble, and the rapid crescendo of it made the less robust of our party fear an approaching mischief. But there was nothing to be alarmed at. The skater had fallen, and was gliding rapidly over the ice in the position which he had involuntarily assumed - that is to say, quite at full length on his stomach, and proceeding not sideways nor feet foremost, but as a tobogganer head foremost, the two hands being flat on the surface close by the shoulders. He must have been going at a rare pace originally, as none of us had even heard his fall, and he had been slipping along for an unknown distance as he passed us, the pace just beginning to slacken. The most picturesque fact about him was the heap of ice fragments which gathered in front of his beard as he swept along, and formed a novel setting for the fixed and glassy resignation of his face. We thought we had never before seen a human being so like an express train.

But as I have already remarked, such amenities of a pastime as these are not to be seen in Switzerland. People skate too well to collide, except of course at hockey, but then it is part of the day's work, and misses the glorious element of the unexpected. And they are too decorous to get up sufficient speed for the superb onset of our "scorcher" or the prone onrush of the bearded man. Whatever other attractions hale us to Montana, we must acquiesce in the loss of these subtle sidelights on human society; and the pity of it is that owing to the infrequency of frost in modern England, they tend to become merely the touching memory of a long-past dream.

None the less the skating-rink is a delicious spot, especially at the luncheon-hour when flushed and hungry skaters and curlers gather in friendly groups round the well-earned prog. There were several days last January when the interior of the shed facing the sun was too hot for comfort, but outside
it was always perfect; sometimes a very gentle breeze, ordinarily nothing but the matchless tingle of the crisp unmoving air. And occasionally it comes about that a trained exhibitor of the English or Continental style of skating would stray over from Villars to Montana, either to play in a bandy match or for social reasons, and would give us the delight of watching the Mohawks done to perfection  and with consummate ease, or better still, a whole series of complex evolutions gone through by two ladies in combination. Nothing prettier could well be imagined, except of course a flight of ten thousand starlings in September.

Skate Guard is a blog dedicated to preserving the rich, colourful and fascinating history of figure skating and archives hundreds of compelling features and interviews in a searchable format for readers worldwide. Though there never has been nor will there be a charge for access to these resources, you taking the time to 'like' on the blog's Facebook page at http://www.facebook.com/SkateGuard would be so very much appreciated. Already 'liking'? Consider sharing this feature for others via social media. It would make all the difference in the blog reaching a wider audience. Have a question or comment regarding anything you have read here or have a suggestion for a topic related to figure skating history you would like to see covered? I'd love to hear from you! Learn the many ways you can reach out at http://skateguard1.blogspot.ca/p/contact.html.
Posted by Skate Guard Blog at August 29, 2019
Email ThisBlogThis!Share to TwitterShare to FacebookShare to Pinterest
Newer Post Older Post Home