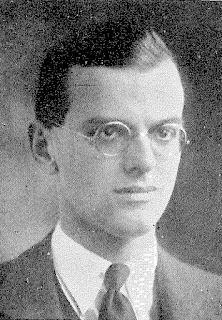 Born August 12, 1906 in Cohasset, Massachusetts, George Ferris Greenslet was the son of Ellen Stoothoff (Hulst) and Ferris Greenslet. His father was a renowned historian, editor and writer who served as Director and General Manager of Trade Department at Houghton Mifflin. Ferris Greenslet worked tirelessly to 'clear the name' of ancestor Ann (Greenslet) Pudeator, who was hanged for witchcraft in Salem in 1692. The Greenslet's - Ferris, Ella, George and his older sister Marguerite - lived in affluent existence in Charles River Square in Boston, their needs tended to by a live-in nursemaid and cook. George started skating when he was a student at Milton Academy. In 1921, at the age of fourteen, he claimed the junior men's title at the U.S. Figure Skating Championships in Philadelphia, defeating Beatrix Loughran's future husband Raymond Harvey, Charles A. McCarthy of Chicago and four others. At the time, the distinction between the junior and senior classes at the U.S. Championships had absolutely nothing to do with age. In fact, it was unheard of for a 'boy' of fourteen to win such a prestigious title. Many of his competitors were twice his age.

However, what really made George's success at the U.S. Championships so remarkable was what he overcame. In his autobiography "Under The Bridge", George's father Ferris wrote, "Not long after the war... death for the first time threatened my own immediate family. After a series of heavy operations, my son, a boy of fourteen, developed a brain abscess. Hope was all but given up. His life was saved by a miracle of modern surgery. A technique just developed in the war hospitals in France made it possible to locate the invaded area with precision and a brilliant brain operation pulled him through so completely that a few months later, he won the Junior National Championship at his sport of figure skating. During his convalescence, Margaret [Phillips] MacDonald, the spectacled maid at Thayer's who had summoned Senator [Henry Cabot] Lodge to the telephone to hear the terms of the armistice, was employed to read to him." 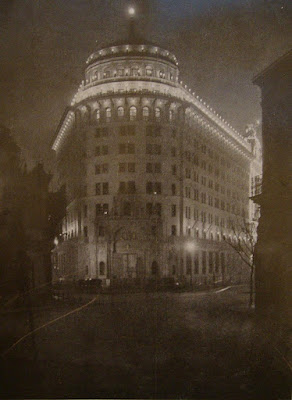 The First National Bank of Boston in Buenos Aires

George 'retired' from skating as a teenager and immersed himself in his studies at Harvard College and Harvard Business School. He graduated with an M.B.A. from the latter in 1930, worked at the Revere Airport and toured Europe by car before accepting a position as a statistician at the First National Bank of Boston on Roque Sáenz Peña Avenue in Buenos Aires. He worked his way up the ladder to become the head of the bank's accounting department. In his role, he was responsible for personnel, purchasing, maintenance, taxes and communications for almost eight hundred people. In November 1933, he married Glencora Ada De Osborn. While living in South America, George worked to better American-Argentine relations. In his spare time, he enjoyed reading and playing golf. He passed away on February 20, 1953 in Buenos Aires at the age of forty seven, his remarkable win at the U.S. Championships in 1921 a forgotten footnote in figure skating history.