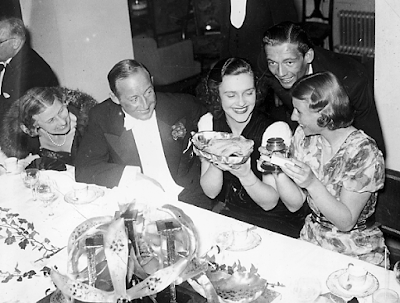 As was far too often the case in the thirties, the 1938 European Figure Skating Championships were held in two different European cities at different times. The men's and women's titles were decided between January 20 and 23, 1938 at the Kulm Rink in St. Moritz, Switzerland, with the pairs champions crowned on January 30, 1938 in Troppau - now Opava in the Czech Republic. 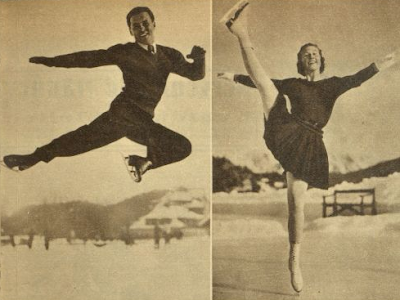 Felix Kaspar and Cecilia Colledge in St. Moritz in 1938

The 'hothouse' British skaters arrived weeks in St. Moritz some weeks prior to the competitions to accustom themselves once again to outdoor ice conditions and gained many new fans by giving an exhibition on New Year's Eve, 1937 in the Swiss skating mecca. Not all the drama proved to be on the ice that year. The January 21, 1938 issue of the "Illustrierte Kronen Zeitung" reported, "World champion [Felix] Kaspar escaped in St. Moritz with a lot of luck from a serious accident. He was in
danger to be run over by a stray horse and was in the last moment taken to safety." 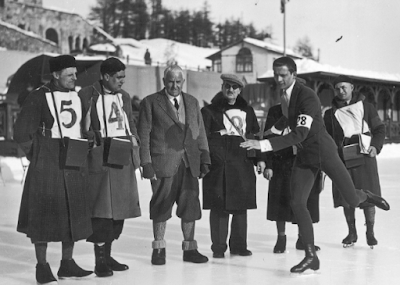 One had to wonder if that renegade horse was a bad omen when Great Britain's Henry Graham Sharp defeated Kaspar three judges to two in the school figures. The judges showed loyalties strictly down the familiar political lines of the era. The British, Hungarian and Danish judges cast their votes for Sharp, while the Germans and Austrians supported Kaspar. 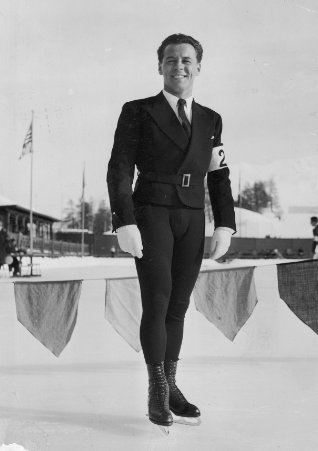 The styles of the two skaters couldn't have been any more different. Tall, lithe Sharp was a methodical skater and a fine exponent of the 'Modern English School' of skating, whereas short, athletic Kaspar was known for his high flying jumps. Both skated well, but three judges opted to place Kaspar first in the free skate. The German judge placed him in a tie with Herbert Alward and the British judge tied Kaspar, Sharp and Freddie Tomlins. As the two had been close in the school figures, Kaspar was able to handily move up to defend his European title by two points, with Sharp settling for silver ahead of Alward, Horst Faber, Elemér Terták, Tomlins and Edi Rada. Both Mildred and T.D. Richardson disagreed vehemently with the result. Writing for "The Times" and "The Skating Times" the British skating 'power couple' noted that "Faber, [Günther] Lorenz, Alward, Tomlins et all... completely out-skated the champion for variety and difficulty of program." They also expressed bewilderment as to why the German judge placed Tomlins seventh in the free skate while another judge had him third.

While in Switzerland, Sharp received tempting offers to turn professional and forgo competing at the 1938 World Championships. In a telephone interview with a reporter from the "Sunday Dispatch", he explained, "I am in an awful whirl. My ambition is to win the world's championship in Berlin. It is held in a covered rink to which I am used, and I think I have a very good chance. But, at the same time, I should very much like to go to Hollywood. I know Sonja [Henie] well, and have skated with her at Garmisch." 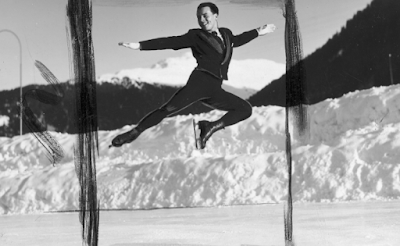 With a whopping seventeen entries, the 1938 St. Moritz competition tied the 1936 Berlin record for the largest number of entries in the women's competition European Championships at that point. Great Britain's Cecilia Colledge and Megan Taylor dominated the women's school figures and were one-two across the board on every judge's scorecard in the primary phase of the event. However, their marks were pretty much the only consistent element of the judging of the women's school figures. Both Eva Nyklova and Angela Anderes had ordinals ranging from third through tenth. Lydia Veicht's ordinals ranged from fourth through eleventh and Daphne Walker's ranged from fourth through thirteenth! 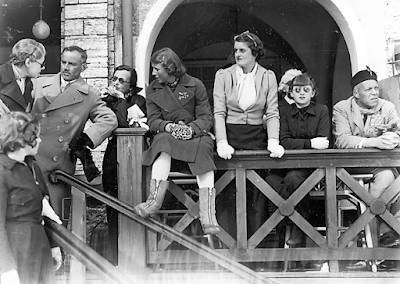 If the judges couldn't seem to agree early on, they were all on the same page in handing Cecilia Colledge her second consecutive European title by some twelve points. Six of the seven judges had her first in the free skate, with the Austrian judge opting to tie her with Taylor. 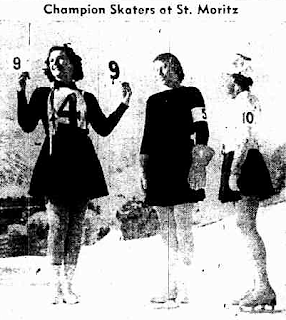 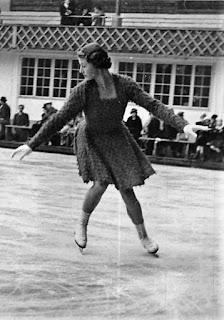 Austria's Emmy Puzinger was third on all but one judge's scorecard in the free skate, and repeated as the European bronze medallist. 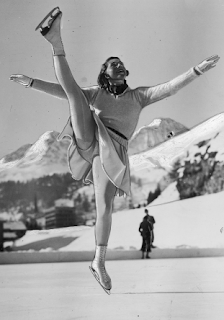 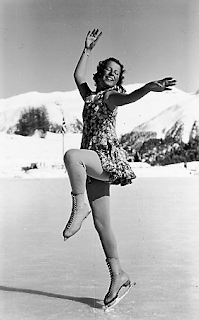 If there were whiffs of national bias here and there in the marking of the singles competition, the pairs competition in Troppau a week later absolutely reeked of it! Four of the judges had Olympic and World Champions Maxi Herber and Ernst Baier first, while Austrian judge Eduard Engelmann Jr. supported his own and gave the nod to siblings Ilse and Erik Pausin. 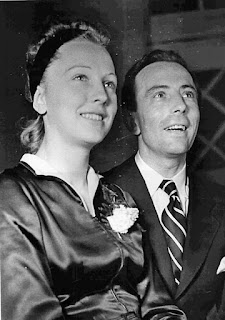 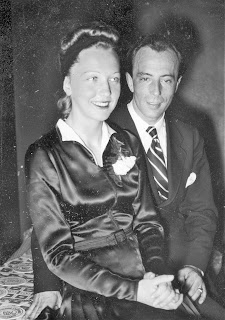 Skate Guard is a blog dedicated to preserving the rich, colourful and fascinating history of figure skating and archives hundreds of compelling features and interviews in a searchable format for readers worldwide. Though there never has been nor will there be a charge for access to these resources, you taking the time to 'like' on the blog's Facebook page at http://www.facebook.com/SkateGuard would be so very much appreciated. Already 'liking'? Consider sharing this feature for others via social media. It would make all the difference in the blog reaching a wider audience. Have a question or comment regarding anything you have read here or have a suggestion for a topic related to figure skating history you would like to see covered? I'd love to hear from you! Learn the many ways you can reach out at http://skateguard1.blogspot.ca/p/contact.html.
Posted by Skate Guard Blog at October 10, 2019
Email ThisBlogThis!Share to TwitterShare to FacebookShare to Pinterest
Newer Post Older Post Home