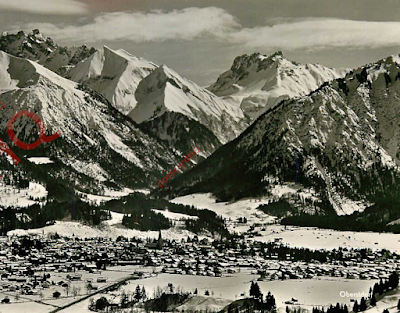 Thirty thousand women had just joined hands and formed a human chain around a nine mile perimeter face at the RAF Greenham Common in a women's peace protest. Trenchcoats and knee-high boots with kitten heels were the latest fashion fads. "Raiders Of The Lost Ark", the first installment in the Indiana Jones series, was the highest grossing film at the box office and "Physical" by Olivia Newton-John topped the music charts.

For some, the event was an early Christmas present, for others a cruel visit from Krampus. However the results of the event shaped their holidays, the training facilities were ideal. Three ice surfaces under one renovated roof and a restaurant with English speaking wait staff was an ideal home away from home for many of the North American participants.

The Canadian contingent had an amusing trip to West Germany, being mistakenly announced to fellow passengers on their flight by the pilot as the Canadian Ski Team. When they arrived, the weather was warm and rainy, but soon the sun broke through the clouds and the audiences started packing into the arenas in surprisingly high numbers for a junior competition. Today, we will take a look back on how it all played out! 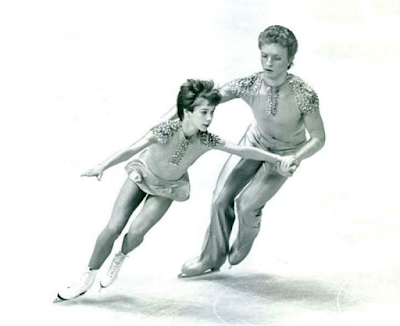 Before the pairs event even started, it was evident to everyone that a team from the Soviet Union would end up on top in Oberstdorf. The question was which one! The short program was won by Inna Bekker and Sergei Likhansky, who were tailed by Marina Nikitiuk and Rashid Kadyrkaev and Marina Avstriyskaya and Jury Kvashnin. With a free skate packed full of challenging technical content, Avstriyskaya and Kvashnin moved up to take the gold. Bekker and Likhansky placed second and the East German pair of Babette Preußler and Torsten Ohlow placed third in free skate, stopping any hopes of a Soviet sweep of the podium dead in their tracks. Sixth in both rounds of the competition and overall were Vancouver siblings Linda and John Ivanich, particularly impressive since at the 1981 Canadian Championships in Halifax they had only been tenth in the junior pairs event. They were followed in seventh by another pair of siblings, Americans Natalie and Wayne Seybold. Interestingly, of the fifteen teams competing in Oberstdorf, seven of them were family affairs. 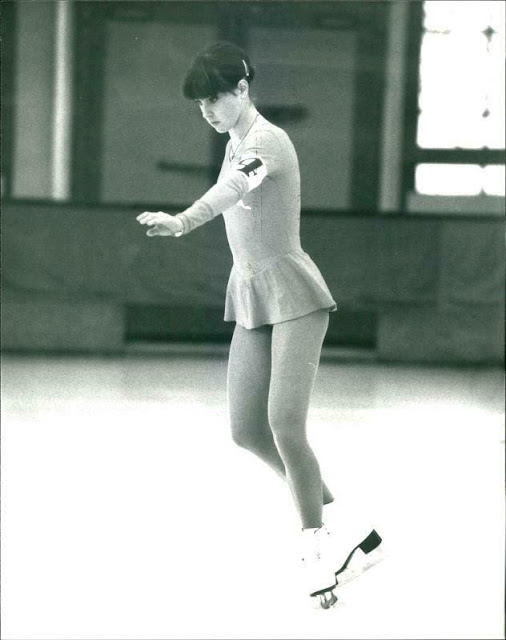 Twenty three women competed in the women's event. The school figures were won by West Germany's Cornelia Tesch, who was followed by Austria's Parthena Sarafidis, America's Kelly Webster and East Germany's Janina Wirth. When Wirth landed a solid double flip/triple toe-loop combination in her short program, she gave Tesch cause to worry. In the free skate, she overtook her for the gold. The previous year's silver medallist, Marina Serova of the Soviet Union, dropped to ninth place.


Seventh in the figures, Canada's Elizabeth Manley (the oldest skater in the women's event at sixteen) finished second in the short program with three clean jumping passes but an unlucky fall on a spin. She performed a confident, dynamic free skate with no major mistakes that included a clean triple toe-loop and triple Salchow to snatch the bronze from Americans Jill Frost and Kelly Webster. However, the real talk of Oberstdorf was Japan's Midori Ito. Everyone's eyes were on her in the practice sessions but despite winning both the short program and free skate, a nineteenth place finish in the school figures kept her down in sixth place overall. Even more impressive about Ito's performance was the fact that she landed a triple flip and triple toe-loop/triple toe-loop combination... at twelve years of age! Manley said of Ito, "All I can say is that she is an incredible free skater and she's one in a million. Not only was she enjoyable to watch, but she is fun to be with and talk to." 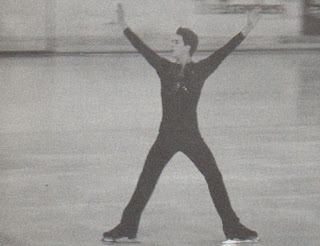 Twenty two men competed in Oberstdorf and American Scott Williams dominated from start to finish, winning the school figures, short program and free skate with ease ahead of his teammate Paul Guerrero of Skokie Valley, Illinois. It was his third time entering the event and his first time winning. East Germany's Alexander Koenig was third after figures, had a disastrous eleventh place short program and rebounded to take the bronze medal. Japan's Makoto Kano was fifth in the short program and third in the free skate, but an unlucky thirteenth place in the figures kept him behind the Soviet Union's Yuri Bureiko and American James Cygan. 1981 Canadian Novice Champion Lauren Patterson of Scarborough finished fifth in the figures and skated a clean short program. However, the fifteen year old dropped to ninth with a free skate that didn't have the technical content of his peers. Just behind him in tenth and eleventh were two brothers from the Soviet Union... Victor and Vladimir Petrenko. 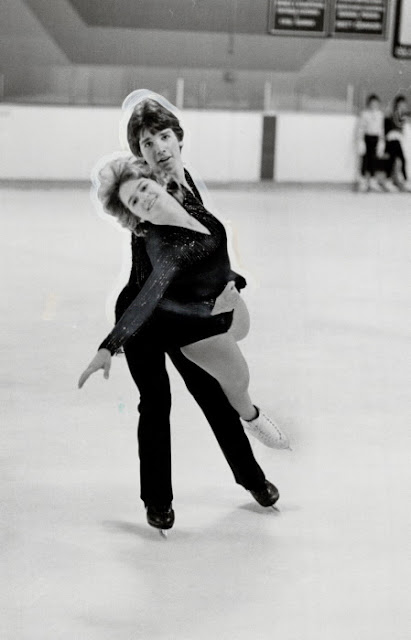 Seventeen teams were supposed to have competed in Oberstdorf but the Polish team of Beata Kawełczyk and Tomasz Politański withdrew when martial law was declared in their home country just one day before their departure. From the first compulsory to the free dance, the Soviet Union's Natalia Annenko and Vadim Karkatchev led the pack. Their winning free dance, of a Russian folk flavour, was well received by the West German audience. Lynn Copley-Graves, in her book "Figure Skating History: The Evolution Of Dance On Ice" wrote, "Typical of Soviet training, [Annenko and Karkatchev] spent less time warming up on the ice but exercised almost continuously off the ice. A team psychologist accompanied them to Oberstdorf, and a masseuse massaged their scalps before they competed." Their teammates Tatiana Gladkova and Igor Shpilband, students of Lyudmila Pakhomova in Moscow, finished second. Despite two slips in their free dance, Americans Lydia Malek and Alexander Millier III fended off a challenge from the French team of Sophie Mergiot and Philippe Berthe to take the bronze medal. Young Canadians Deanna Poirier and Brett Schrader and Christine Horton and Michael Farrington placed ninth and thirteenth. Barbara Graham, who acted as Team Leader for the CFSA, said, "This was a good learning experience for these young skaters who were competing against dancers well experienced in performing original set pattern and free dance programs."

Following the competition, all the competitors attended a banquet and were given gifts by the host federation. The skaters who placed in the top six were even given gold bars! In "The Globe And Mail", Barbara Graham waxed poetic about Elizabeth Manley, Canada's only medallist at the event: "She used to lack finesse in spins, and didn't have the detail and concern over femininity that really matters. But she's improved greatly in that matter and realizes that you can't be just a jumper.'' In her autobiography, Manley claimed she was admonished for not winning an event she could have "easily won" and told by Graham after the event, "It's not enough to have a high on one day and a low on the other."

Skate Guard is a blog dedicated to preserving the rich, colourful and fascinating history of figure skating and archives hundreds of compelling features and interviews in a searchable format for readers worldwide. Though there never has been nor will there be a charge for access to these resources, you taking the time to 'like' on the blog's Facebook page at http://www.facebook.com/SkateGuard would be so very much appreciated. Already 'liking'? Consider sharing this feature for others via social media. It would make all the difference in the blog reaching a wider audience. Have a question or comment regarding anything you have read here or have a suggestion for a topic related to figure skating history you would like to see covered? I'd love to hear from you! Learn the many ways you can reach out at http://skateguard1.blogspot.ca/p/contact.html.
Posted by Skate Guard Blog at November 19, 2019
Email ThisBlogThis!Share to TwitterShare to FacebookShare to Pinterest
Newer Post Older Post Home