From March 27 to 31, 1979, the world's top junior skaters gathered in Augsburg, West Germany for the second official World Junior Figure Skating Championships in history. Though historically recognized as World Junior Championships, this event had been simply termed an ISU International Junior Championship prior to 1978. Under the rules in place at the time, all skaters had to be nineteen years of age of under.

Both the competition and practice venues proved quite shocking to many of the 'hothouse' skaters in attendance. The main rink was covered by a roof, but was open to the elements on one side. The practice rink wasn't covered at all, and rain and snow frequently interrupted the young skaters' training. Let's take a look back at how things played out that spring in West Germany!

A trio of Canadian pairs - Sherri Baier and Robin Cowan, Barbara Underhill and Paul Martini and Josie France and Paul Mills - had won the pairs event at this event the three years previous. In Augsburg, Kerry Leitch's pupils Lorri Baier and Lloyd Eisler had to settle for bronze behind two Soviet pairs, Veronika Pershina and Marat Akbarov and Larisa Selezneva and Oleg Makarov. Pershina and Akbarov's victory would prove to be the first of five consecutive wins for Soviet pairs at the World Junior Championships. At the time, they were coached by Stanislav Zhuk. 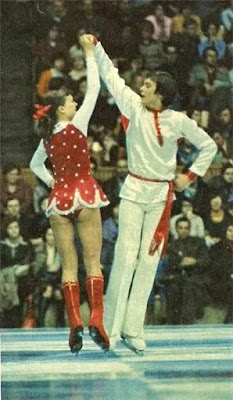 Twenty one couples from thirteen countries participated in the ice dance event. Natalia Dubova's students Tatiana Durasova and Sergei Ponomarenko defended the title they'd first won the year prior in Megève. They were the unanimous choice of the panel, and their free dance to "Flight Of The Bumblebee" drew rave reviews. Roy Bradshaw's students Kelly Johnson and Kris Barber received second place marks from the British and Canadian judges, but had to settle for bronze behind
Lyudmila Pakhomova's students Elena Batanova and Andrei Antonov. 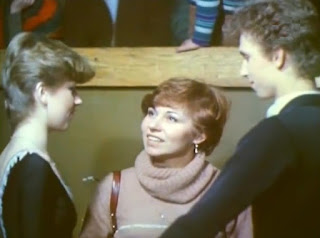 Americans Elisa Spitz and Scott Gregory finished second. In her book "Figure Skating History: The Evolution Of Dance On Ice",  Lynn Copley-Graves recalled, "They had less than two months to learn the Starlight Waltz and change their OSP to a full-sequence dance because U.S. Silver Dance was not formatted the same as Junior World Dance." West Germans Elke and Dieter Kwiet, the children of 1959 World Roller Dance Champions Rita Paucka and Klaus-Peter Kwiet, placed sixth. They managed to defeat the third Soviet team, Oksana Gusakova and Genrikh Sretenski, who were students of Tatiana Tarasova. Their placement was considered quite an upset at the time.

THE MEN'S AND WOMEN'S COMPETITIONS 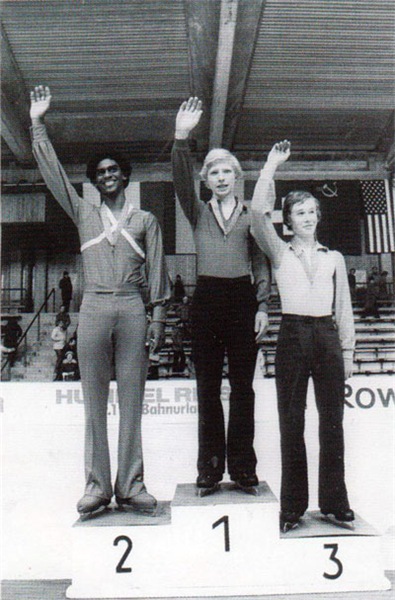 Bobby Beauchamp, Vitali Egorov and Alexandr Fadeev on the podium

In winning the men's competition, Kharkov's Vitali Egorov made history as the first Soviet singles skater to claim the title. America's Bobby Beauchamp finished second, becoming the first skater of colour to win a medal at the World Junior Championships. A young Alexandr Fadeev finished third. Canada's two entries, Brad McLean and Darin Mathewson, placed a disappointing thirteenth and fourteenth. As Canadian men had won the event the previous two years, there was 'much talk' about the CFSA's decision to send two novice men instead of Brian Orser, the Canadian junior champion who had landed a triple Axel at that year's Nationals. Orser planned on moving up to the senior ranks and was given an international assignment at that autumn's Vienna Cup instead. 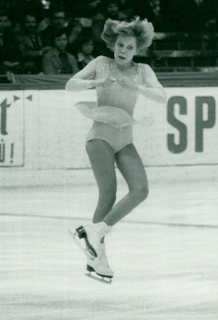 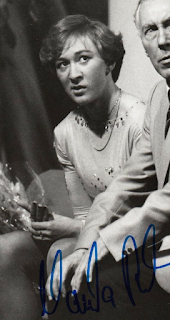 To the delight of the West German audience, fifteen year old Manuela Ruben was in first place after the women's school figures. Though a talented free skater, Ruben proved no match for thirteen year old Elaine Zayak of Paramus, New Jersey. Zayak, the second youngest skater in the event, brought the house down with a free skate jam-packed with triple jumps. Ruben took the silver, less than a point and one ordinal placing ahead of Zayak's teammate Jacki Farrell. Daniela Massanneck of West Germany and Petra Schruf of Austria placed fourth and fifth. The CFSA and Mrs. Ellen Burka agreed that "it was better for [Tracey Wainman] to stay home" and Kay Thomson placed a creditable sixth in her international debut.

An interesting footnote about this event is the fact that it was the first time ever that a future World Champion won a medal in all four disciplines at the World Junior Championships.

Skate Guard is a blog dedicated to preserving the rich, colourful and fascinating history of figure skating and archives hundreds of compelling features and interviews in a searchable format for readers worldwide. Though there never has been nor will there be a charge for access to these resources, you taking the time to 'like' on the blog's Facebook page at http://www.facebook.com/SkateGuard would be so very much appreciated. Already 'liking'? Consider sharing this feature for others via social media. It would make all the difference in the blog reaching a wider audience. Have a question or comment regarding anything you have read here or have a suggestion for a topic related to figure skating history you would like to see covered? I'd love to hear from you! Learn the many ways you can reach out at http://skateguard1.blogspot.ca/p/contact.html.
Posted by Skate Guard Blog at May 21, 2020
Email ThisBlogThis!Share to TwitterShare to FacebookShare to Pinterest
Newer Post Older Post Home