It's once again time to unpack the mail bag, answer some of your questions and share some of the interesting e-mails and social media messages that have come my way over the last few months. I'm going to try to do this quarterly from now on so things don't pile up. As always, if you have a question you'd like me to tackle or feedback on a blog please reach out via e-mail. 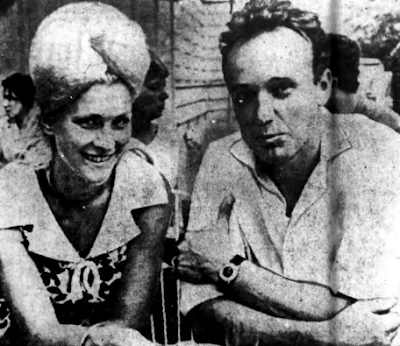 From Kateřina (via e-mail): "I am [wondering] if you have information about Jana Dočekalová."

A: Thanks for reaching out Kateřina! I've never done a blog about Jana Mrázková (Dočekalová) but what I can tell you is that she was by all accounts a remarkable free skater. She attempted a triple Salchow in the free skate in 1959 - something that women just weren't doing at that time. Some witnesses say she landed it at that year's Worlds in Colorado Springs, but Petra Burka has been historically credited as being the first woman to land it in competition. Jana was often way, way behind in figures though so that's what ultimately cost her more than one medal. After going from fourth at the 1960 Olympics to twenty fifth (!) in 1964, she turned pro and toured in a Czechoslovakian ice revue with her motorcyclist husband František Mrázek. She defected from the Iron Curtain in the summer of 1965 when the tour was in Yugoslavia, crossing the border to Austria on foot on a rainy night and seeking political asylum. The next year, she came to America and toured with the Ice Capades. She started teaching at the West Toronto Figure Skating Club in 1968. I wasn't able to find much more on her after that aside from a 2014 obituary for her husband."

From Lucy (via e-mail): "I always find your blog informative... I am from Austin and have been attending figure skating championship events since the 1980's. The first championship I attended was the [U.S.] Olympic Festival in Houston. Do you know when [the Festival] was first held?"

A: Glad you're enjoying Skate Guard, James! The U.S. Olympic Festival, was first held in July of 1978 in Colorado Springs and was then called the National Sports Festival. The idea of the festival was to showcase American athletes in a variety of sports. The Festival was held in non-Olympic years to build up the hype for the next Games and in the first couple of years, that hype was obviously for the 1980 Winter Games in Lake Placid. Figure skating was among the twenty sports showcased the first year and the winners were Tai Babilonia and Randy Gardner in pairs, Carol Fox and Richard Dalley in dance and Linda Fratianne in women's. David Santee and Scott Hamilton were both in the top three after the men's figures, but withdrew. The winner was Scott Cramer. 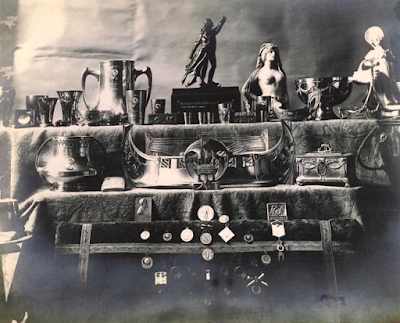 From Ulrich Sander (via Facebook): Prizes and medals of my grandma Elsa Rendschmidt.

From Ron Vincent (via e-mail): "Bringing back and featuring skating history is fabulously interesting to me and some postings bring back personal memories e.g., I was a spectator at the 1960 Worlds in Vancouver. The excitement was huge. Before there were rules about how late a competition could take place, I think Alain Giletti won around 1 am! This is what stimulated the rule. Don Jackson of course skated very well and we were all proud... At 1:00 am. few people had left or were asleep! Excitement prevailed right until the last minute – they wanted to know who won! Worlds was not on TV at the time (I'm pretty sure) and so this was one of the hottest tickets of the season." 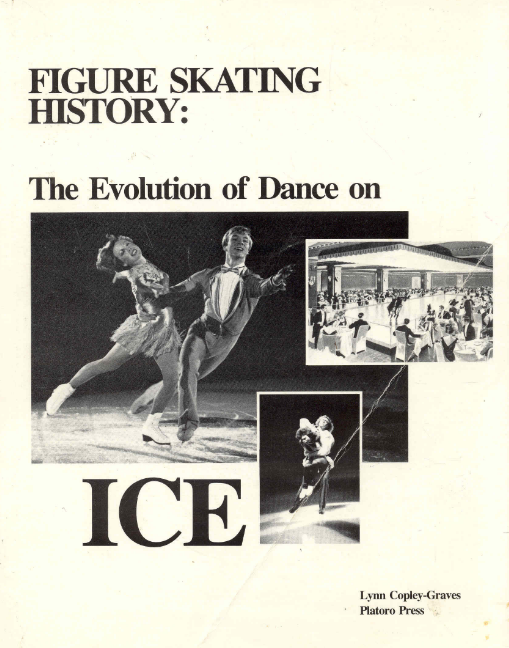 From Frazer Ormondroyd (via Facebook): "The Evolution Of Dance On Ice" by Lynn Copley-Graves... draws from so many sources and rather than recreating history in narrative form, it relies on depth of research. There is hardly anything this book can't tell me when I want to look up something related to ice dance. I wish we had a similar resource for the other disciplines."

From Carol Lane (via Facebook): "The Evolution of Dance on Ice... the depth of research is astonishing."

From Elaine Hooper (via Facebook): "Totally agree about the Lynn Copley-Graves book. I have had my copy for many years and is a go to for so much information." 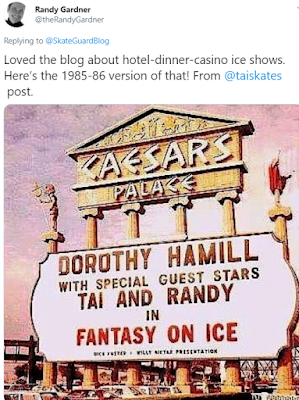 From Debbie (Richards) Jennings: "One of the neat things about my parents time skating back in the day was how much of a social thing it was. They would go to the rink every Tuesday night for dancing and again Saturday for the 'tea' dance where they had amazing food. Then there were outside skating parties on lakes and rivers. Old style. They were all life long friends who supported each other. After Daddy died (I was eight) in the plane crash, the skating club skaters took care of Mom in the best way. They were her lifelong friends." 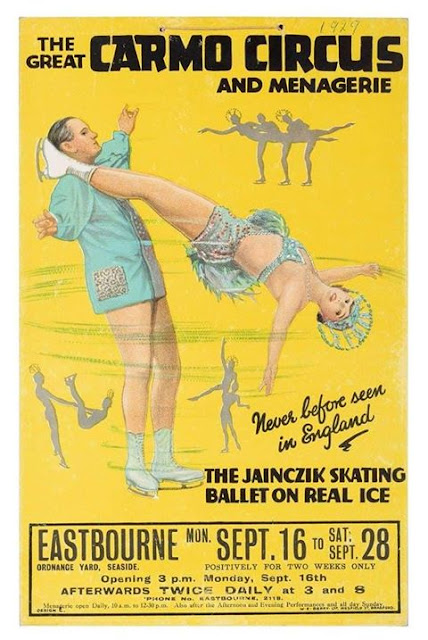 
Skate Guard is a blog dedicated to preserving the rich, colourful and fascinating history of figure skating and archives hundreds of compelling features and interviews in a searchable format for readers worldwide. Though there never has been nor will there be a charge for access to these resources, you taking the time to 'like' on the blog's Facebook page at http://www.facebook.com/SkateGuard would be so very much appreciated. Already 'liking'? Consider sharing this feature for others via social media. It would make all the difference in the blog reaching a wider audience. Have a question or comment regarding anything you have read here or have a suggestion for a topic related to figure skating history you would like to see covered? I'd love to hear from you! Learn the many ways you can reach out at http://skateguard1.blogspot.ca/p/contact.html.
Posted by Skate Guard Blog at July 02, 2020
Email ThisBlogThis!Share to TwitterShare to FacebookShare to Pinterest
Newer Post Older Post Home