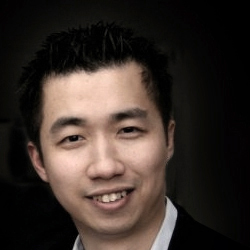 Incredibly analytical and knowledgeable about the entire sport of figure skating (and particularly the new IJS/CoP system and current ISU regulations and ISU eligible skating), Jackie Wong's "Figure Skating Examiner" is one of the most comprehensive resources available online today when it comes to figure skating event coverage. I had the chance to ask some questions of the man behind the coverage and weigh in on his opinions about the 2013 World Figure Skating Championships in London, Ontario, some of the competition's stars and the current judging system:

Q: You're immensely thorough in your coverage and knowledgeable about the sport! What is your background in the sport and what drew you to the skating world in the first place?

A: What drew me to the sport?  Obsessively watching the 1992 World Championships - the ladies event, in particular. I've been skating for almost two decades now - though I don't know if you can call my past few years of ice time "skating."  During my first few years as a skater, I really just wanted to jump, and that's what I did - no tests, very elementary with the basics, but I was doing doubles and learning triples.  As I got older, I wanted to become a better skater.  So actually, when I went to college, I started from the basics - relearned all of my singles and doubles, and tested up the USFS levels.  I really got an appreciation for the technical intricacies of skating.  It was starting in college that I competed in intercollegiate events - co-founded Stanford Figure Skating in college and then co-founded Penn Figure Skating when I was in grad school. During that time, I also became a USFS judge and did a bit of coaching and choreographing for my teammates - and in college, these teammates were everything from preliminary to senior levels.  I started writing in 2009 because I really wanted to contribute a different voice to the conversation.  I'm a very analytical person, and the more level-headed and technically-oriented presence in figure skating media seemed to be missing.  I wanted to fill that role.

Q: What were your favorite and least favorite performances at the 2013 World Figure Skating Championships?

A: I'll be doing my usual Top 30 Worlds countdown, so consider this a preview.  My personal favourite performances, which may or may not be at the top of my countdown, would be Li's free, Duhamel/Radford's short, and Weaver/Poje's free.  Least favourite?  I'd go with both of Peng/Zhang's programs - the partnership as it stands just feels forced.

Q: Patrick Chan won a third consecutive world title despite a free skate marred by falls and errors. Do you agree with this win?

A: Funny you should ask, because I got a whole post about it: http://www.examiner.com/article/opining-on-worlds-the-plight-and-misuse-of-program-components.

Q: Yu Na Kim earned her world title with an almost 20 point lead on her closest competitors and plans to try to defend her title in Sochi next year. Is she even beatable?

A: It was breathtaking - she's got such a subdued killer instinct about her, it's really something to watch.  Is she beatable?  Yes.  But what her rivals did this week certainly didn't help their own causes.  When Kim got 8s in PCS even with a clean short program, you could see someone like Asada or Kostner overtaking her.  But neither of them was clean, and that opened the door.  And when both of them made mistakes in the free skate, Kim kicked the door wide open and sprinted through it.  If there was ever a time for Kim's rivals to pull her back even with them, it was at these World Championships.  Instead, the inconsistencies opened the gap back up.  I'll be surprised if Kim's PCS come down next season. The way that someone can beat Kim is through the technical side.  Unlike in Vancouver, Kim is no longer putting out the hardest programs, base value-wise.  My analysis before Worlds (http://www.examiner.com/article/2013-world-championships-preview-ladies-base-value-comparison) showed as much.  I suspect that she will play around in the off-season with bringing back the triple loop, but that was never a hot jump for her.  But, for the time being, if Kim is clean in Sochi, the only one who can beat her is a clean Asada w/an eight-triple free skate.

Q: Who do you think the most special stories at these Championships came from?

A: Denis Ten, the journeyman.  That was the best story for me.  He struggled for so many years with inconsistency.  And while he's always been a fine skater, everything was very insular.  There was certainly a change last year as he was starting to open up, and then he became a lot more consistent with his jumps.  But it fell apart again the entire season until the short program.  It was like we were seeing a different skater - confident, outwardly projecting, you wanted to live vicariously through him in both programs.

A: Two things that are in their control and one thing that isn't.  First controllable thing is the system of incentives/disincentives (http://www.examiner.com/article/opining-on-the-isu-judging-system-balancing-risk-and-reward).  As I tweeted during Worlds, skating errors are logarithmic, not linear.  A slight hand down is much, much less egregious than a fall, yet the fall only costs a couple more points than the hand down when program points go into the hundreds? The second thing is anonymous judging.  What is nice about the IJS over 6.0 is that the judging, even if it's incorrect, is clearly laid out.  You know, in a sense, what the judges are thinking by element.  In 6.0, what do you say to a judge who gave a 5.4 when you thought it should be a 5.5?  But anonymous judging, as much as it was conceived to protect the judges, isn't providing the type of transparency that we need as a sport.  If there's corruption, deal with the corruption, don't put duct tape on it with anonymity. The third thing is actually the way that judges judge, which is a whole lot less controllable.  Even though it's now been a decade since the introduction of IJS, there are still a lot of judges from the 6.0 era who are still judging.  Old habits are tough to break - the fact that there is still an advantage to skating later in a competition because of progressive inflation of marks or that the five component marks are often given out with little range can partly be traced back to 6.0 habits.  Judges have to start judging based on the criteria that's in front of them and based on the actual performance that they are watching. There's a lot of behind-the-scenes work in skating federations and the ISU.  As with any other bureaucratic entity, it takes a village to get things done and changed - and even when that happens, it takes a long time.  The best thing that the ISU, USFS, Skate Canada, etc., can do for skating fans is to be open about what is going on.  It can often feel very Wizard of Oz.

Q: What advice would you give certain skaters for next season?

A: The last thing skaters want to hear is unsolicited advice, so I won't do the I-hope-he/she-skates-to-this-music or this-skater-should-work-on-extension/expression.  What I will say is that skaters and their coaching teams should get their numbers in line - it's the only thing they can control, everything else goes to the judges.  Why start with a quad-triple in the short when doing a quad as a solo jump and a triple-triple in the bonus part of the program will earn more points?  Why not maximize your jumping passes when doing a three-jump combination in the free skate instead of a third two-jump combination could mean the difference between placements?  It's all math, and it's not even algebra.

Q: What three skaters - living or dead - would you most like to meet?

A: Ulrich Salchow - to thank him for inventing my favourite jump.  Alois Lutz - to tell him that there are some bodies that just don't do well with that outside edge.  Axel Paulsen - to get him to buy me a cup of coffee for all the times I waxeled.

Q: Who do you think we need to watch out for next season and in Sochi?

A: The young Chinese singles skaters - Han Yan and Zijun Li.  Particularly in Li's case, if she can build on the momentum and rep-building exercise that was Worlds, she's a dark horse in the making.  James/Cipres - they will still be a bit on the periphery, but the improvements they made from last season to this season were stunning, and they are only going to get better.  And then you've got Scimeca/Knierim, who were so very impressive last week.  They got the jumps, they got the tricks, and they got a great look.  Again, maybe not podium material yet, but I'm excited to see their growth.