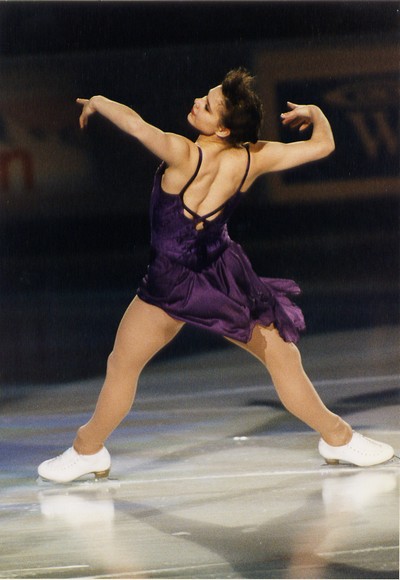 At age thirteen, Hungary's Krisztina Czako was the youngest athlete to compete in any sport at the 1992 Winter Olympics in Albertville, France. Two years later, she competed in Lillehammer, Norway, finishing in eleventh place. Her age allowed to compete at the World Junior Championships even after her second Olympic appearance, where she won silver and bronze medals in 1994 and 1995 respectively. Krisztina won the Hungarian national title seven times between 1992 and 1998, represented her country in six World and six European Championships and was well known in international skating circles throughout the nineties for her strong technical skills and consistency, which earned her wins at such international events as Skate Canada International, Ondrej Nepela Memorial and the Karl Schafer Memorial competitions. After retiring in 1999 for a variety of reasons, she is now a mother of 2! It was my honor to have chance to speak to Krisztina about her skating career, her involvement in the sport now and her thoughts on the current state of figure skating.

Q: You started skating before you were even a year old on skates handmade by your father, who was an Olympic skater as well. What memories do you have of your earliest years on the ice?

A: Well, I don't remember of course about myself when I was one year old but I have good memories of my earliest years. The World Championships were held in Budapest in 1988 so it was a dream come true to meet with the biggest skaters - Brian Boitano, Brian Orser, Debi Thomas and with my favourite skater, Midori Ito. I was so happy to skate in the exhibition that year. 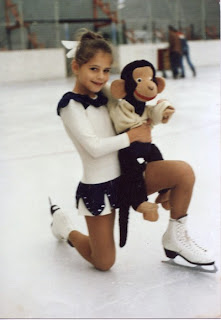 Q: You represented Hungary at 2 Olympic Games, 6 World Championships and 7 European Championships, as well as winning your country's national championships and Skate canada during your career. What memories from your competition days do you look back the most fondly at?

A: During so many years of competing I have lots of good memories. I liked to meet and compete with 'big' skaters, to skate with them on practices but I also was very happy I could take part on big competitions like Grand Prix, European Championships, World Championships and Olympic Games. It was a pleasure for me.


Q: You were very well known as being a consistent and very strong jumper, landing triple/triple combinations as well as the harder triple jumps with ease. Did jumping come naturally to you?

A: Yes, as a kid I had always been on the move and I was growing up on the ice. When I saw someone doing a movement I felt how to do it myself and wasn't afraid to try it. My favourite jumps were the axel and toe-loop.

A: I became a coach, and a dance teacher. I have helped my parents on the ice, created choreography for young skaters and also taught ballet. Now I am working as an IT engineer. 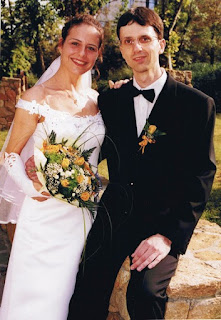 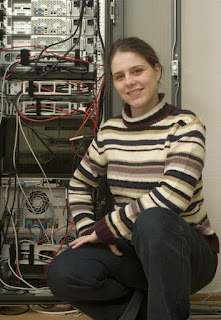 Q: What are thoughts on the current skate of figure skating and the new judging system? Do you feel it has bettered the sport or do you prefer the 6.0 system?

A: The focus is not only on the jumps anymore and that has bettered the sport. When I watched skating, I was bored during the transitions. Now there are really beautiful spins and step sequences and great choreographies. However, I feel this makes the skaters a bit alike.


Q: Do you still skate yourself at all for pleasure?

A: Unfortunately, I don't have the possibility for that. I have two kids and they need all my time.


Q: If you could meet three famous people, who would they be and why?

A: Should I have a dream like that? I don't crave for meeting famous people. If I had a wish I would meet my Mom again to show her her grandchildren. She would love them! 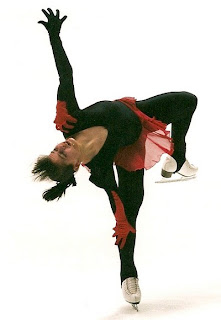 A: Figure skating represents both a sport and artistry for me. What is good in this sport is that it is beautiful and you can move as much as you want. It is not aggressive and it has a lot of variety. In the other sports, it is repetitive every year (time, kilograms, distance, speed). In figure skating you learn new choreographies every year, and you can also create new elements.

Skate Guard is a blog dedicated to preserving the rich, colourful and fascinating history of figure skating and archives hundreds of compelling features and interviews in a searchable format for readers worldwide. Though there never has been nor will there be a charge for access to these resources, you taking the time to 'like' on the blog's Facebook page at http://www.facebook.com/SkateGuard would be so very much appreciated. Already 'liking'? Consider sharing this feature for others via social media. It would make all the difference in the blog reaching a wider audience. Have a question or comment regarding anything you have read here or have a suggestion for a topic related to figure skating history you would like to see covered? I'd love to hear from you! Learn the many ways you can reach out at http://skateguard1.blogspot.ca/p/contact.html.
Posted by Skate Guard Blog at June 23, 2013
Email ThisBlogThis!Share to TwitterShare to FacebookShare to Pinterest
Newer Post Older Post Home