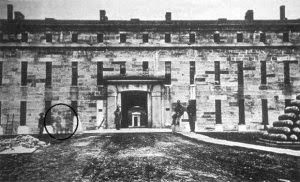 With Hallowe'en only days away, I thought it only appropriate to look beyond the spooky stories in the Skate Guard Hallowe'en Spooktacular and look at another eerie story where the worlds of skating and parapsychology met on center ice. This story takes us to Pennsylvania, a state well known for its high number of ghost sightings over the years. Pennsylvania is also the birthplace of many elite skaters - Johnny Weir, Adam Rippon, Caryn Kadavy among them. In his 2012 book "Cheltenham", Philadelphia poet Adam Fieled wrote "Ghosts By The Ice Skating Rink", referencing ghosts by the ice skating rink in Elkins Park Square in the Philadelphia suburb Cheltenham:

"Each thinks the other a lonesome reprobate.
That's what I guess when I see the picture.
It's Elkins Park Square on a cold spring night;
they're almost sitting on their hands. One
went up, as they say, one went down, but
you'll never hear a word of this is Cheltenham.
They can't gloat anymore, so they make an
art of obfuscation. That's why I seldom go
back. Elkins Park Square is scary at night.
There are ghosts by the ice skating rink."

Whether or not Elkins Square is haunted or not is another story, but there is certainly a lot of speculation about another Pennsylania location: Fort Delaware with a skating connection. In 1859, Fort Delaware was constructed on Pea Patch Island in the middle of the Delaware River between New Jersey and Delaware. The fortress was constructed to protect the ports of Philadelphia and Wilmington, and was certainly an ominous looking structure with 32 foot high granite walls, gun emplacements and a moat. In 1862, a complex was built outside of the sport to house 10,000 prisoners during the Civil War. The garrison became a P.O.W. camp. After the Battle Of Gettysburg in 1863, there were over 13,000 prisoners being held in captivity at Fort Delaware. By April Of 1864, hundreds had died of malaria and dysentery and by the end of the war, 3,200 inmates had left Fort Delaware in pine boxes. Union reports document 273 escapes but there have been over a thousand as no official tally of escape attempts. Many died trying to swim to freedom in the strong currents of the Delaware River. Legend has it that one man actually skated to his freedom from the Fort. As Union soldiers skated for pleasure on the frozen Delaware River in the winter of 1863/1864, the guards (as the story goes) decided that it would be a laugh to watch some Floridian men try to skate, being strangers to the ice. One gray coat apparently acted like he couldn't skate, repeatedly falling down, each time a little closer to the shore. It was apparently all an act and he made a break for freedom wearing skates. This story was recounted by Jackson Wrigley of the 21st Georgia Infantry and was retold by his great-great grandson Stan Wrigley, of Lubbock, Texas, in the Fort Delaware Society's "Fort Delaware Notes" in April 1981: "The guards strapped skates on the prisoners and took them out on the river. The Floridians of course were falling continuously with the guards laughing uproariously at them. One kept getting farther and farther out on the river although he was having some of the most hilarious pratfalls. But as soon as he was out of musket range of the guards, he set off down the river like a professional skater and was never seen again." 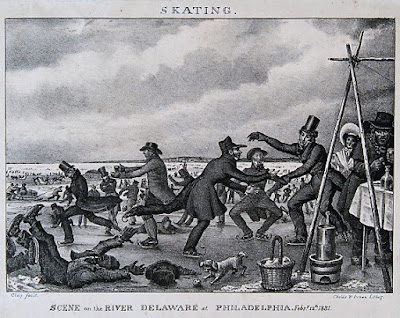 Fort Delaware remained active as a coastal defence during the Spanish American War and both World Wars. In 1951, the outdated Fort became a state park. Many believe that the Fort is haunted. The officer's kitchen is currently staffed and used as a living historical exhibit where foods of the Civil War era are prepared and served for guests. The Kitchen Ghost, as they are called, is often known to hide and move spices, utter names and tell people to "get out". One and only one appearance by the Kitchen Ghost as an apparition was ever reported. Several women were cooking in the kitchen when suddenly a woman none of them was acquainted with appeared and inspected the food on the stove and the table. She gave the shocked cooks a grin, turned around, and walked through the wall. Another spirit said to reside in the ford is the earthbound spirit of Confederate General James Jay Archer, who was given free run of the fortress after promising Commander General Albin Schoepf he wouldn't try to escape. After Archer when back on his word and attempted to escape, Schoepf sentenced him to solitary confinement in a windowless powder magazine, where he became very ill. Visitors and fort employees have reported seeing a bearded man in a gray uniform in the area Archer was imprisoned.


Other earthbound spirits are said to haunt the fortress - a 9 year old drummer boy who tried to escape the fort by escaping in a coffin and was buried alive in that same coffin as the work detail of rebels who were in  was switched at the last minute... a spectre that has tugged at people's clothing on a staircase or send a flock of birds flying down the Fort's closed Endicott staircase to try to make staff lose their balance and even a second Kitchen Ghost, a more kindly female spirit who has threaded needles and collected and strung together loose buttons in a nineteenth century laundromat area in one of the old officer's kitchens. In the officer’s quarters, there's allegedly a ghost of a child that roams the second floor, and a lady-in-waiting. The boy reportedly tugs on the back of people’s clothing and his laughter has been heard echoing from within the Fort. In the same officer’s quarters there's the ghost of a lady (perhaps the same one from the officer's kitchen) who taps on a people's shoulders or takes them by the hand, as if to lead them on a tour of the rooms.

Books have fallen on their own, crystals have swayed when there is no draft or breeze. Lights have been seen on at night by passerby on boats when no one is on Pea Patch Island and the generator is shut down. Confederate soldiers have been spotted under the fort's ramparts and on parade grounds. One visitor snapped a picture of a rebel soldier in the Fort's archway. There have been many orb photos taken in the Fort, sometimes with as many as eight orbs or auras at a time. Disembodied voices have been heard throughout the fort as has harmonica playing. Whether you believe in ghosts or not, the stories of this Fort are certainly enough to make you question whether or not you'd spend a night alone there. For the one Florida man who skated to his freedom, there were thousands who didn't make it out of this garrison-turned-P.O.W. camp alive. One thing's for sure... the frozen Delaware River is one place I wouldn't be skating anywhere soon. What about you?

Skate Guard is a blog dedicated to preserving the rich, colourful and fascinating history of figure skating and archives hundreds of compelling features and interviews in a searchable format for readers worldwide. Though there never has been nor will there be a charge for access to these resources, you taking the time to 'like' on the blog's Facebook page at http://www.facebook.com/SkateGuard would be so very much appreciated. Already 'liking'? Consider sharing this feature for others via social media. It would make all the difference in the blog reaching a wider audience. Have a question or comment regarding anything you have read here or have a suggestion for a topic related to figure skating history you would like to see covered? I'd love to hear from you! Learn the many ways you can reach out at http://skateguard1.blogspot.ca/p/contact.html.
Posted by Skate Guard Blog at October 29, 2013
Email ThisBlogThis!Share to TwitterShare to FacebookShare to Pinterest
Newer Post Older Post Home