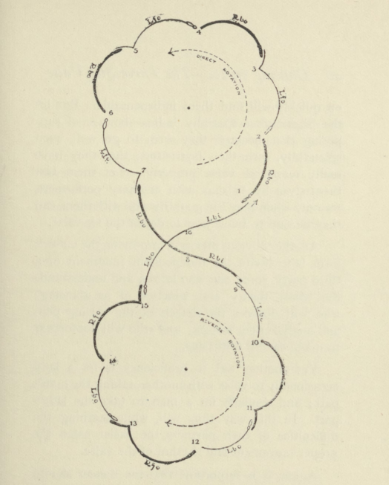 Ice dancing today barely resembles what it once did. Twizzles, elaborate lifts... these staples and cornerstones of ice dance programs today really don't speak to what the discipline was really about when it was first contested as an Olympic sport at the 1976 Winter Olympic Games in Innsbruck, Austria. Many new fans of the sport are unaware of the impact, weight and learning tool that compulsory dances truly played on the sport of ice dancing as they were incorporated with the original dance into a short dance in time for the 2010/2011 competitive season. Even prior to that, their profile and weight - and the number of compulsory dances performed in competition - was slowly eroded by time and ISU rule changes.

Just as compulsory figures were to free skating, compulsory dances taught ice dancers fundamental and really important lessons in skating and ice dancing technique: depth and control of edges, understanding and interpreting beats, tempos rhythms and measures, posture, carriage, holds, unison... the meat and potatoes (or TVP and gluten free rice cakes) of ice dancing, "if you were". There was really nothing artistic about them, but they taught the skaters the skills they needed so that they could skate with wonderful technique and really showcase their presentation skills in a meaningful way in their original (set pattern) dances and free dances. Compulsory dances are how skaters START TO LEARN those lessons about edges. I was never an ice dancer but I remember in our training sessions ice time always being broken down with patch (later "skating skills"), free skating (including program runthroughs), ice dance and precision (synchro) or group number practice for our annual Ice Show. Dutch Waltzes, Canasta's, Fourteensteps... I could still hum those annoying tunes in my head. Annoying tunes or not, they have made and broke ice dance teams over the years and really separated the strong skaters from the weaker.


Keeping in mind that social ice dance was performed long before ice dancing was first contested at the World Championships in 1952 or the Olympics in 1976, it's no surprise that many compulsory dances have their origins in the pioneering days of competitive skating. The first set pattern or compulsory dance was performed in 1889 in Vienna, Austria and was named The Scholler March after its inventor Franz Scholler. It was later renamed the Ten Step and later on, the Swing Fourteenstep. It is a dance that is skated mainly in a closed position to 4/4, 2/4 or 6/8 march music at 112 beats per minute and a dance characterized by easy flow achieved by knee bend and straightening in time to the music and is still a dance that is skated today.

The Fourteenstep isn't the only well known compulsory dance to have been based on the Viennese style of skating. The Viennese Waltz, long skated in international and Olympic level competition, was invented in 1934 by Eric van der Weyden and Eva Keats, who also invented the Foxtrot that was first performed at Westminster Ice Rink in London in 1933. van der Weyden and Keats were true pioneers in the development of compulsory dances, also creating the Rocker Foxtrot and Westminster Waltz, however they were not the only ice dancers to develop majestic compulsory dances in the sport's history.

In 1963, Courtney Jones and Peri V. Horne created both the Silver Samba and Starlight Waltz, complex dances that remain popular as well. Even some of the sport's most decorated champions have had a very real role in developing patterns that would quickly become developed into compulsory dances. 1976 Olympic Gold Medallists, the late Lyudmila Pakhomova and Aleksandr Gorshkov, worked with Elena Tchaikovskaia to present the Tango Romantica which would later be developed as a compulsory dance by the ISU. The same was true for 1992 Olympic Gold Medallists Marina Klimova and Sergei Ponomarenko, whose 1987 Golden Waltz created with Natalia Dubova achieved the same fate. Perhaps most currently relevant example of a pattern created by a successful team and developed into a compulsory dance is the Finnstep, which was based on the footwork in World Silver Medallists Susanna Rahkamo and Petri Kokko's 1995 "Borsalino" quickstep and developed into its own entity through the cooperation of Rahkamo, Kokko, German Champions Kati Winkler and Rene Lohse and Martin Skotnicky. This light, airy quickstep is a key component of the short dances you're seeing all of this season and will cheer on at the 2014 Winter Olympics in Sochi, Russia.

Although the 53rd Ordinary Congress of the International Skating Union in Barcelona, Spain in 2010 marked the end of the compulsory dance era, it's beautiful to see that these dances have lived on in different incarnations. They're still important parts of the short dance. Many have been given different spins... they've inspired teams to go back and revisit traditional Tangos, to develop free dances based on Rhumbas and Paso Dobles of yesteryear and given them their own interpretation. They are still a part of skating, but in a way that perhaps audiences can relate to more. Although there was so much skaters and audiences alike could learn and glean from these dances, there was a certain monotony to watching the same thing over and over again. I swear to Jebus, you'd think you were watching IJS free skating! Whether you miss them or you're happy they're gone, one things for certain: ice dancing would never be what it is today without compulsory dances.

Skate Guard is a blog dedicated to preserving the rich, colourful and fascinating history of figure skating and archives hundreds of compelling features and interviews in a searchable format for readers worldwide. Though there never has been nor will there be a charge for access to these resources, you taking the time to 'like' on the blog's Facebook page at http://www.facebook.com/SkateGuard would be so very much appreciated. Already 'liking'? Consider sharing this feature for others via social media. It would make all the difference in the blog reaching a wider audience. Have a question or comment regarding anything you have read here or have a suggestion for a topic related to figure skating history you would like to see covered? I'd love to hear from you! Learn the many ways you can reach out at http://skateguard1.blogspot.ca/p/contact.html.
Posted by Skate Guard Blog at November 28, 2013
Email ThisBlogThis!Share to TwitterShare to FacebookShare to Pinterest
Newer Post Older Post Home