Patinage Poetry: The Language Of The Ice 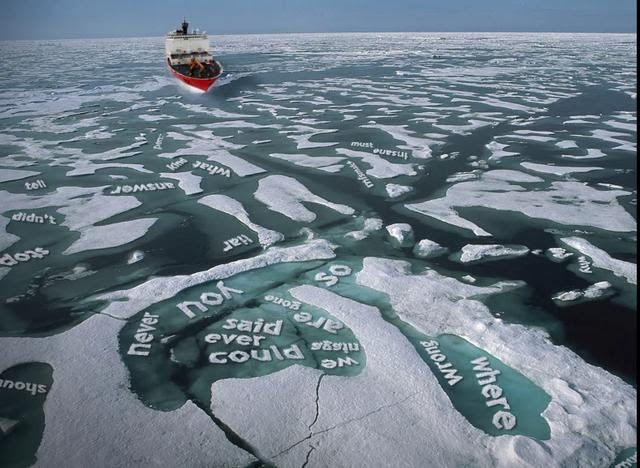 When I told my friend Lee I was writing a piece about poetry and figure skating... he suggested a good old fashioned limerick: "There once was a skater named Decker, who skated and fell on his..." Yeah, no. He's not going to get up real quick and brush off anything. We're not going there. Take two.

The beauty of movement and language are such parallels. Figure skating is all about the interpretation of music and of lyrics and has inspired so many great skaters to put pen to paper and write books or poems that it's really quite unreal. Laurence Owen, who was among the group of 18 young members of the 1961 U.S. Figure Skating team that tragically perished on Sabena Airlines 707 Jet Flight 548 was herself a beautiful and prodigal writer and poet. Her sister Maribel, who also perished in the Sabena crash said of Laurence in a 1960 Sports Illustrated article: "You can be talking to Laurence and see she isn't listening—she may just go off and look for some paper and write a poem." Following her death in that horrific tragedy that changed the course of U.S. skating history, Laurence's English teacher Ruth White read one of Laurence's poems aloud to her classmates: "Softly, Softly the spring comes creeping o'er the tired land // All men awake refreshed; They rise to greet the world with joy //And birds sing and all becomes newborn. Gloom is but a shadow of the night, long past; Hope is the light, The radiance." The beautiful poem was featured in the RISE documentary about the 1961 plane crash and you can read the entire story in Patricia Shelley Bushman's beautiful book "Indelible Tracings" and its companion volume "Indelible Images".

Owen was not the only skater to have touched the skating world with poetry. Olympic Medallist Edgar Syers, who competed with his wife Madge Syers at the 1908 Summer Olympic Games in London, England authored 'The Poetry Of Skating' in 1905 and compiled a wonderful collection of skating poetry in his book:

From "La Gerusalemme Liberata"  by Torquato Tasso in 1581:

Translation of the above:

"As o’er the Rhine, when winter its broad tide
Has in smooth chains of solid silver bound,
The village girls in crowds securely glide,
With long swift strokes, in many a playful round."

The Rotterdam Dutchman, with fleet-cutting scates,
To pleasure the crowd shows his tricks and his feats;
Who, like a rope dancer (for his sharp steels),
His brains and activity lies in his heels.

The Dutchmen here, in nimble-cutting scates,
To please the crowd do show their tricks and feats,

The Dutch that in great
Large shoals used to meet,
And clapt their crook’d scates on their foot,
Now no more dare appear
To make folken stare
While on the smooth surface they float."

"And in the frosty season, when the sun
Was set, and visible for many a mile
The cottage windows blazed through twilight gloom,
I heeded not their summons; happy time
It was indeed for all of us- for me
It was a time of rapture! Clear and loud
The village clock tolled six- I wheeled about,
Proud and exulting like an untried horse
That cares not for his home. All shod with steel,
We hissed along the polished ice in games
Confederate, imitative of the chase
And woodland pleasures- the resounding horn,
The pack loud chiming, and the hunted hare.
So through the darkness and the cold we flew,
And not a voice was idle; with the din
Smitten, the precipices rang aloud.
The leafless trees and every icy crag
Tinkled like iron; while far distant hills
Into the tumult sent an alien sound
Of melancholy not unnoticed, while the stars
Eastward were sparkling clear, and in the west
The orange sky of evening died away.
Not seldom from the uproar I retired
Into a silent bay, or sportively
Glanced sideways, leaving the tumultuous throng,
To cut across the reflex of a star
That fled, and, flying still before me, gleamed
Upon the glassy plain; and oftentimes,
When we had given our bodies to the wind,
And all the shadowy banks on either side
Came sweeping through the darkness, spinning still
The rapid line of motion, then at once
Have I, reclining upon my heels,
Stopped short; yet still the solitary cliffs
Wheeled by me- even as if the earth had rolled
With visible motion her diurnal round!"

"When to his feet the skater binds his wings,
As of Jove’s messenger the poet sings,
He, like the hare, outstrips the Northern wind,
And casts, in doubling, a keen glance behind.
By art that to the frozen lake conveys
A glowing interest in winter days,
Before the gazer now he seems to fly,
Now with a backward stroke deludes the eye;
Precipitating curves on curves anew,
Retuning ever, to his centre true.
With air of noble ease, and swan-like grace,
He balances awhile in narrow space;
Then sweeps far round with power not shown before,
And on his crystal plain does all but soar.
Yet is his pastime brief; the solar heat
Grows strong; again the lapsing waters meet,
And to dull, plodding earth confine his daring feet."

"Friends of the fleeting skate, behold in this
A Rincomaniac’s dream of earthly bliss,
Sketched by the frantic pen of one who thinks
That Heaven is paved with everlasting rinks
Where Cherubs sweep forever and a day,
Smooth tepid ice that never melts away,
While graceful, gay, good-natured Lovers blend,
To Endless tune, in circles without End"

"They wheeled me up the snow-cleared garden way,
And left me where the dazzling heaps were thrown;
And, as I mused on winter sports once known,
Up came a tiny man to where I lay.
He was six inches high; his beard was grey
As silver frost; his coat and cap were brown,
Of mouse’s fur; while two wee skates hung down
From his wee belt, and gleamed in winter’s ray.
He clambered up my couch, and eyed me long.
“Show me thy skates,” said I; “ for once, alas,
I too could skate. What pixie mayst thou be?”
“I am the king, “ he answered, “of the throng
Called Winter Elves. We dwell ‘neath roots, and pass
The summer months in sleep. Frost sets us free.

“We find by moonlight little pools of ice,
Just one yard wide,” the imp of winter said;
“And skate all night, while mortals are in bed,
In tiny circles of our Elf device;
And when it snows we harness forest mice
To wee bark sleighs with lightest fibrous thread,
And scour the woods; or play all night instead

With snow balls large as peas, well patted thrice.
But is it true, as I have heard them say,
That thou can’st share in winter games no more,
But liest motionless year in, year out?
That must be hard. To-day I cannot stay,
But I’ll return each year, when all is hoar,
And tell thee when the skaters are about.”

On my wheeled bed I let my fingers play
With a wee silver skate, scarce one inch long,
Which might have fitted one of Frost’s Elf throng,
Or been his gift to one whose limbs are clay.
But Elfdom’s dead; and what in my hand lay
Was out of an old desk; from years when, strong
And full of health, life sang me still its song;
A skating club’s small badge, long stowed away.
Oh, there is nothing like the skater’s art-
The poetry of circles; nothing like
The fleeting beauty of his crystal floor.
Above his head, the winter sunbeams dart;
Beneath his feet, flits fast the frightened pike.
Skate while you may; the morrow skates no more."

The beautiful collection of poetry that spanned centuries collected by Syers wasn't the only example of great writing inspired by the ice. In 2012, Jackie Keily and Hazel Forsyth authored "Skate: The Wonderful World Of Ice Skating In Poetry, Prose And Pictures", which includes poems by John McCollough, Brendan Cleary and 1908 Olympic Gold Medallist Edgar Syers himself. McCollough's poem "The Other Side Of Winter" reimagines a different time and world on the river Thames:

"Overnight the Thames begins to move again.
The ice beneath the frost fair cracks. Tents,
merry-go-rounds and bookstalls glide about

on islands given up for lost. They race,
switch places, touch – the printing press nuzzling
the swings – then part, slip quietly under.

Even now it carries his greatcoat’s whiff:
ale, oranges, resolve. I remember his prison-ship
lurking out from shore, huge as Australia.

I’ll write, my dear sweet man, he said
then squeezed my thigh and turned, a sergeant
again, bellowing at a flock of convicts.

I do not have the nerve to light it.
The mouthpiece is covered with teeth marks, sweat.
I look out at my museum-garden,

the shrubs locked in glass cases,
the latticework a galaxy of frozen dew.
There is no snow in New South Wales.

I cannot put the pipe down. It makes things happen.
Last week I heard a crash and ran outside to find
a jackdaw flat on the lawn. It must have fallen

from the sky, its wings fused together
by hardened sleet, its neck twisted as though broken
from straining to see the incredible."

The commonality of these wonderful poems is their connection to the ice, that frozen stage where the skaters we love write their own stories in edges, ebbs and flows. Whether by quill and pen or by rocker and counter, the language of the ice is one that inspires us all deeply.

If you enjoyed "Patinage Poetry: The Language Of The Ice", the best advice I can give you is to take just a moment of your time and click through to this blog's Facebook page at http://www.facebook.com/SkateGuard and "like it" - you'll end up with daily figure skating news, videos and interesting articles right in your Facebook news feed, as well as new content and interviews on this blog as they happen. I'm also just in love with the Twitter - it's so fun! You can tweet me at http://twitter.com/SkateGuardBlog anytime you feel like talking about skating. I'll answer any question, big or small... From "Why are we supposed to care?" to "Who did that skater's hair?" Also, if you have any suggestions or questions based on anything you read, feel free to comment on the articles and interviews themselves, or if you prefer, shoot me an e-mail at N_N_23@hotmail.com.
Posted by Skate Guard Blog at February 03, 2014
Email ThisBlogThis!Share to TwitterShare to FacebookShare to Pinterest
Newer Post Older Post Home