The Other World Champions, Part 1

I wrote a series of articles called "The Other Olympic Gold Medallists" (Part 1, Part 2 and Part 3) that shared the stories of eighteen mens, ladies, pairs teams and ice dancing duos that won Olympic Gold and were lesser known to North American audiences. Their stories highlighted everything from love triangles and judging scandals to criminal convictions, a pop music career and winning an Olympic gold medal while pregnant. With the glory, magical memories and heartbreaking moments of the Sochi 2014 Winter Olympic Games now one for the record books and the 2014 World Figure Skating Championships in Japan just around the corner, I thought it only fitting to examine the stories of 6.0 World Champions that we may not know as much about we should! 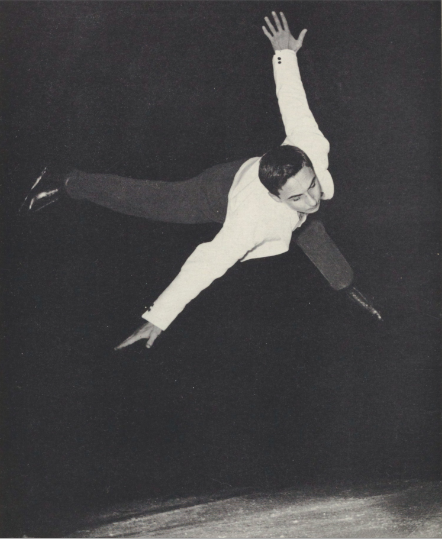 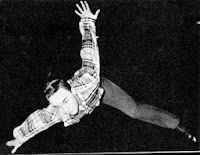 Alain Giletti started his skating career as something of a child prodigy, winning his first of ten French titles (nine in singles and one in pairs with Michele Allard) at the age of eleven. He also competed against Dick Button at the 1952 Winter Olympic Games, where he finished seventh as a twelve year old. He wasn't another Shirley Temple though; his success was lasting and impressive. He won a total of five European Championships from 1955 to 1961 and in 1960, became the World Champion. becoming the first French men's singles skater in history to do so. What made his 1960 World Championships win so fascinating was that he was on leave from compulsory military service to even compete at the event and was expected to return and do a four month tour of Algeria following the competition. 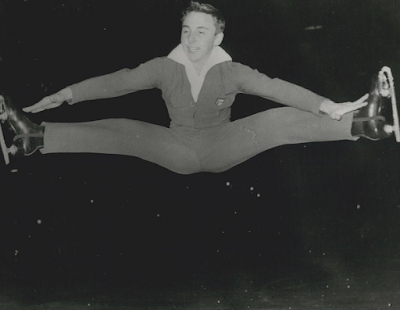 Prior to his military service, Giletti trained with coach Jacqueline Vaudecrane in Paris and previously with Pierre Brunet in the U.S. His amateur career came to a halt when he was unable to defend his World title when the 1961 World Championships were cancelled due to the horrific Sabena Flight 548 tragedy that claimed the lives of the entire U.S. Figure Skating Team enroute to that year's Worlds. He turned professionally and toured with both Holiday On Ice and Europe's Scala-Eis-Revue and later settled in Chamonix, France where he coached for many years, Surya Bonaly being one of his former students. Giletti currently coaches in the Angoulême area of France and is much sought after for his expertise in the technical aspect of the sport.


Following the retirement of 1972 Olympic Gold Medallist Ondrej Nepela, the skater to beat in compulsory figures on the men's side of things was definitely Sergei Volkov. A two time Soviet Champion and nine time medallist at that competition, Volkov was a master at compulsory figures but skated in the shadow of countrymen Sergei Chetverukin, Yuri Ovchinnikov, Vladimir Kovalev and Igor Bobrin for many years as he was not as dramatic of a free skater. Fortunes changed for him when in 1974, he won the silver medal at the World Championships and the World title the following year, besting not only his team members but outstanding free skaters like John Curry and Toller Cranston.

To give you an idea of how weighted compulsory figures were at that time, Volkov finished sixth in the short program and fourth in the free skate but still hung on to win the title by more than ten'placings over his nearest competitor Vladimir Kovalev. At the 1976 Winter Olympic Games in Innsbruck, he again won the figures portion of the competition but dropped so significantly in the short program and free skate that he found himself in fifth place overall. Volkov persisted in his amateur career from 1976 to 1978 with a new coach, Stanislav Zhuk, but by 1978 even found himself off the podium at his own National Championships. He retired and started a career as a coach and a family, having a son with his first wife and twin daughters with his second. Tragically, he passed away in Moscow at the age of forty one of stomach cancer in 1990.

If you were a woman competing early in the twentieth century, you probably got more than a little nervous when they announced that the next skater to be judged was from Hungary. Lili Kronberger dominated for four years, winning four consecutive World Championships and in 1911, her teammate Zsófia Méray-Horváth was ready to take over the reigns, finishing second to Kronberger at that year's World Championships. The next three years, it would be Horvath's time at the top and the next three World Championships were hers for the winning. Sadly, as World War I cancelled the World Championships from 1915 to 1921, what could have been an even bigger success story never was. Méray-Horvath never returned to skating, as was the case with many skaters whose careers were displaced by the outbreak of both of the World Wars. She turned to a new life as a language teacher. The Romanian born skater who represented Hungary died at age 87 in Hungary in 1977.

Like Méray-Horvath who was born in Romania and represented Hungary, Gundi Busch was born in Italy and went on to represent West Germany, becoming the country's first ladies champion in 1954. The daughter of a German businessman, Busch lived in Italy and The Netherlands before settling with her family in Garmisch-Partenkirchen and taking up skating as a four year old. She trained both in Germany and in London, England and quickly moved up the ranks in the skating world, finishing tenth at the World Championships and standing atop the podium only a few short years later. 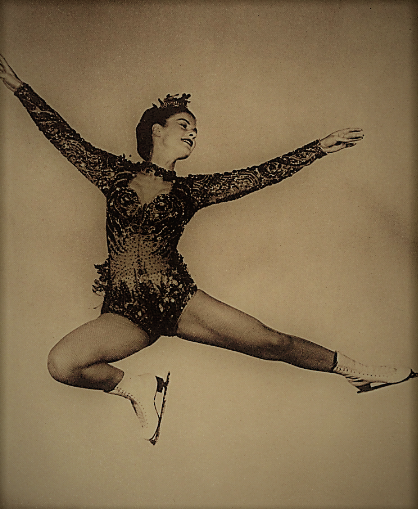 She turned professional following her 1954 World title win, performing with the Hollywood Ice Revue and marrying World Champion Swedish hockey player Lill-Lulle Johansson. The couple moved to Stockholm, Sweden, where they had their son Peter Johansson. Busch coached skating for many years until she retired from coaching in 1997, the year her husband passed away. Sad news courtesy Anne: "Gundi Busch passed away at the beginning of February at age 78. The German Skating Federation put an obituary onto their website 3.2.2014. RIP." Rest In Peace Gundi! 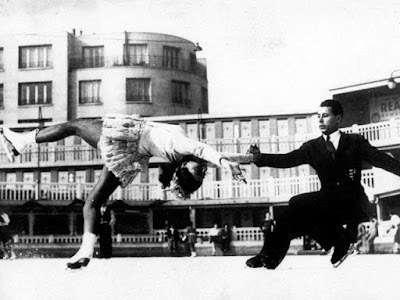 Ede Kiraly was an accomplished skater both in men's singles and pairs skating, winning 3 medals at the World Championships (1948-1950) just behind two time Olympic Gold Medallist Dick Button and 6 Hungarian titles as a singles skater but 4 Hungarian, two European and the 1949 World Championships with his pairs partner Andrea Kekesy. The Budapest duo also won the silver medal in pairs at the 1948 Winter Olympics. When his partner Kekesy turned professionala, Kiraly graduated from the Technical University in Budapest with a degree in civil engineering and emigrated to Canada, where worked as an engineer and taught skating in Oshawa, Ontario. After a long illness, Kiraly passed away at age 83 in 2009.

Ice dancing wasn't always dominated by Soviet and Russian skaters like it was for so many years. As we can see with times changing and the top teams out there right now being largely North American, ice dancing was at its beginning a predominantly British discipline. The first nine years the World Championships officially included ice dancing in the competition, the Union Jack was flying high. The first four years were dominated by Jean Westwood and Lawrence Demmy, but the next British dance duo to rise to the top (however briefly) was the team Pamela Weight and Paul Thomas. Predecessors to great British dance teams to follow like Courtney Jones and his partners June Markham and Doreen Denny, Diane Towler and Bernard Ford, Jayne Torvill and Christopher Dean, Sinead and John Kerr and Penny Coomes and Nicholas Buckland, Weight and Thomas had been the previous year's silver medallists when they won their British, European and World titles in 1954. They retired immediately, Weight opting to raise a family and Thomas moved into the coaching world. He's currently a coach at the Calalta Figure Skating Club in Alberta alongside great skaters like Scott Davis, Annabelle Langlois and Cody Hay and Jeffrey Langdon, all accomplished skaters in their own right.

Skate Guard is a blog dedicated to preserving the rich, colourful and fascinating history of figure skating and archives hundreds of compelling features and interviews in a searchable format for readers worldwide. Though there never has been nor will there be a charge for access to these resources, you taking the time to 'like' on the blog's Facebook page at http://www.facebook.com/SkateGuard would be so very much appreciated. Already 'liking'? Consider sharing this feature for others via social media. It would make all the difference in the blog reaching a wider audience. Have a question or comment regarding anything you have read here or have a suggestion for a topic related to figure skating history you would like to see covered? I'd love to hear from you! Learn the many ways you can reach out at http://skateguard1.blogspot.ca/p/contact.html.
Posted by Skate Guard Blog at March 19, 2014
Email ThisBlogThis!Share to TwitterShare to FacebookShare to Pinterest
Newer Post Older Post Home