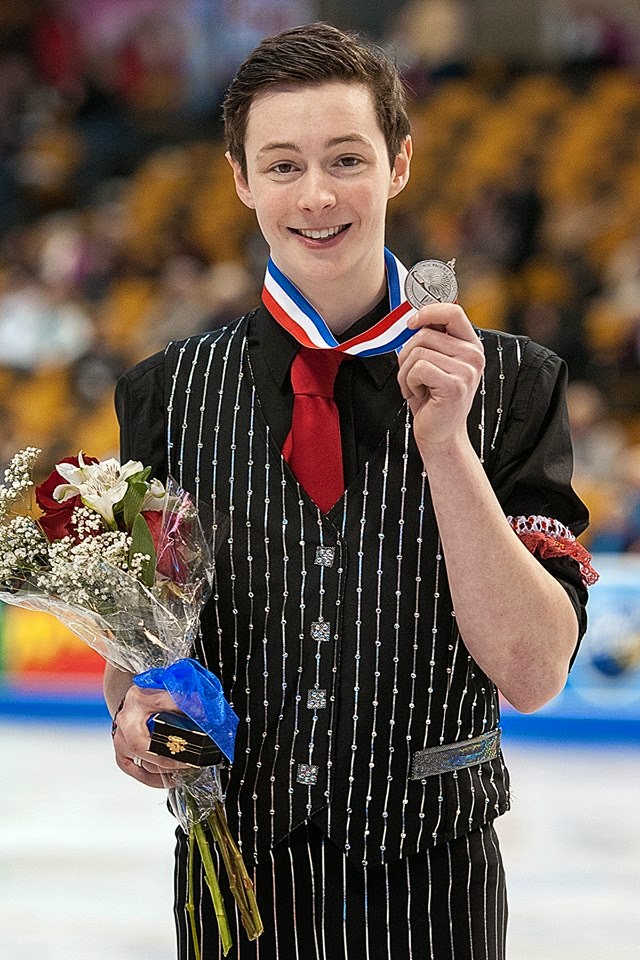 Some skaters just exude potential and if you're talking about U.S. men's skating in the here and now, Jordan Moeller is absolutely one of those skaters. After performing a very strong free skate to take the silver medal in the junior men's event at the 2014 U.S. Championships in Boston, Jordan went on to represent the U.S. internationally at the World Junior Championships in Bulgaria where he finished in the top ten in his first trip to the event. Jordan took the time out of his training and preparations for next season to talk about everything from competing at the World Junior Championships to training alongside Jason Brown, new programs, Blades Of Glory and much more in this interview that's bound to make you root for him next season: 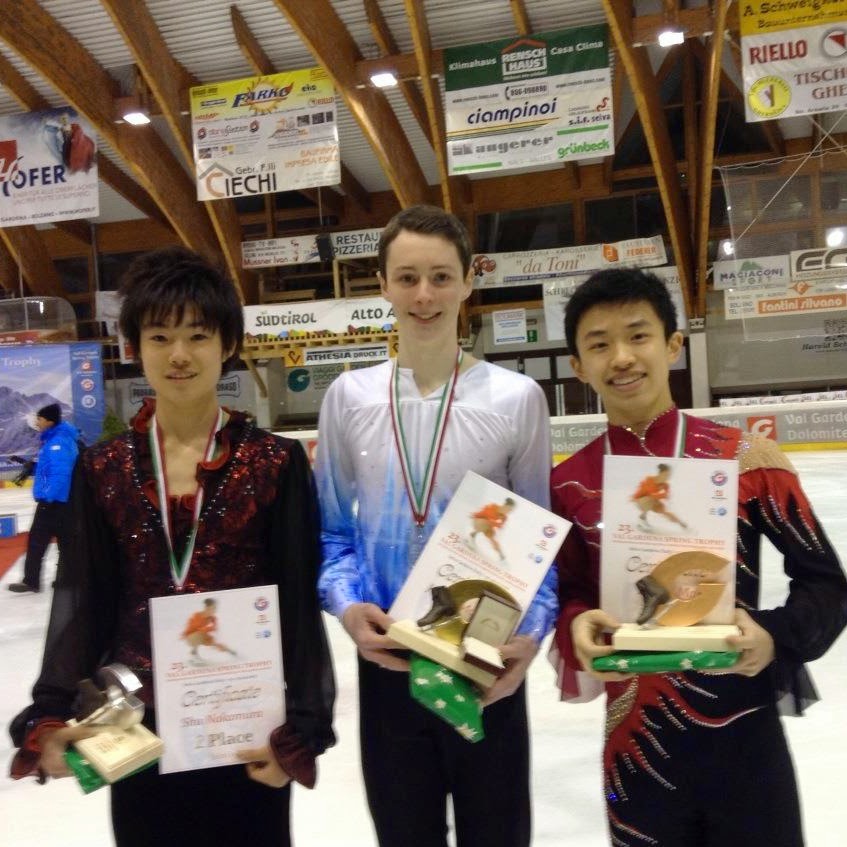 Q: Your accomplishments so far - at nineteen - are just remarkable. You've won medals on both the novice and junior level nationally, have won both Regional and Sectional titles, a gold medal at the Gardena Spring Trophy and have represented the U.S. on both the Junior Grand Prix Circuit and at the World Junior Championships. Putting it all together and looking back so far, what are your proudest moments and most special memories?

A: It has truly been quite a journey so far and I could not be more thankful for the opportunities I have had in my sport so far. There have been quite a few moments that I would classify as special, one of them being my National silver medal at the junior level this past season. In the past, I have struggled with the pressure of competing on big stages. This year, however, I was able to overcome a disappointing sixth place short program and rise up to the challenge of the long program. I proved that I could pull myself back together and earned the silver medal overall. Another special moment (and probably my favourite so far) happened at the 2014 World Junior Championships. This was my first trip to the World Junior Championships. I had been practicing my short program with a triple axel leading up to the competition and was planning to go for it on the world stage. I could not have picked a better setting to land my first triple axel in competition. This, followed by a clean short, was my proudest moment of my career so far.

Q: You train alongside Jason Brown and like Jason, work with Kori Ade and Rohene Ward. How have Jason, Kori and Rohene each pushed you to become the wonderful skater you are?

A: I could not ask for a better team to train with. Jason, Kori and Rohene have all been in my life for about seven years now. Each are a blessing in their own way. Jason is one of the hardest workers we have in this sport. It is great for me to be able to train along side of him and see him push himself to the max each day. In turn, this pushes me to work harder everyday in order to reach my full potential. Kori is one of the most kindhearted people I know. With her wisdom and no-nonsense work ethic, I have been able to get to where I am today. She is very knowledgeable of the sport and always brings great ideas to the table. With all of the serious training everyday, however, she still manages to find ways to keep things fun and entertaining while pushing us to our limits. Rohene is absolutely brilliant with his choreography. It is amazing to be able to watch the wheels turning in his head as he is creating a program. I always love seeing what he will bring to the table each year. On top of being a great choreographer, he is also good at playing drill sargent. I cannot count how many times I left the ice dripping sweat. Keep in mind that Monument is not a warm rink! My team has been behind me through it all and I could not ask for a better group of people. 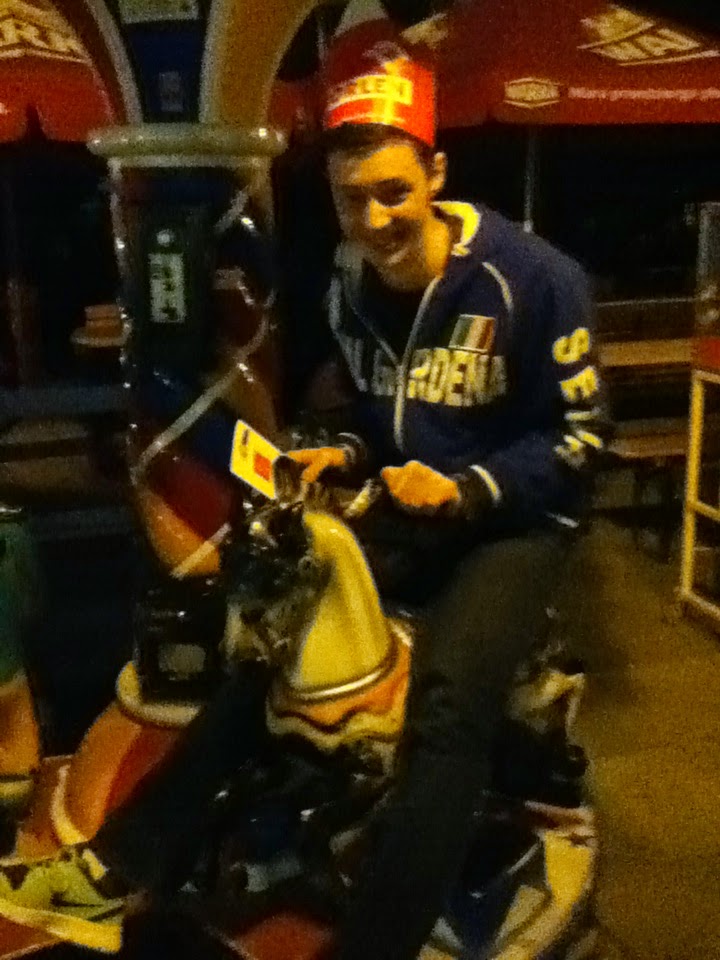 Q: I read that your inspiration to compete internationally was the film Blades Of Glory. That's

awesome! Would you say you're more of a Chazz Michaels or a Jimmy MacElroy?

A: Blades of Glory has been one of my favourite movies for a long while now. I truly admired the accurate portrayal of our sport and competition. It is a masterpiece for the ages. I would have to say that I have a little bit of both Jimmy MacElroy and Chazz Michael Michaels in me. I think I have the grace and compassion of MacElroy, followed by the ferocity and charisma of Michaels. When combined, these attributes would certainly be enough to raise me to the top, ahead of, say, the pair team of Fairchild and Fairchild.

Q: What's the plan for the 2014/2015 season? What are your goals and focuses in training and what can you share about the programs you'll be skating?

A: I am very excited for the 2014/15 season. This will be my first year at the senior level and I cannot wait to see what it has in store for me. The only competitions that are concrete so far are the 2014 Broadmoor Open and the 2014 Glacier Falls Summer Classic. As far as my programs are concerned, I will be skating two very different programs from last year. My short program music is entitled "Wakare No Kyoku" and is from a Japanese Anime called "Fullmetal Alchemist." It is a piece that is based from a Chopin symphony and was choreographed by Katherine Hill. I will be a young man who, after many years of separation, is reunited by fate with a lost love. My free program, choreographed by Rohene Ward, is entitled "In the Hall of the Mountain King" from the Peer Gynt Suites. I will be portraying an aged, mad king that is in a state of longing for his rightful place on the throne. I am really looking forward to debuting these programs!

Q: You've been traveling to Chad in the summers to help build houses for blind children and have done conservation work with the endangered kakapo owl parrot. First of all, who are you? Sally Struthers? That's insane! Good for you! Secondly, what's the most rewarding part of your work in Africa and what keeps you coming back to do this amazing humanitarian work?

A: My trips abroad have been wonderful experiences. It really makes me happy to be able to help out around the world in order to make it a better place. One specific memory I have of Africa is of a young boy named Yannick. I had just entered his hometown and this little boy ran to me with a huge smile on his face and gave me the biggest hug he could muster. I made friends with many of the children there and, although my time is always short, I really enjoy being able to see smiles across their faces.

A: During my rise in the skating world, I have looked up to several skaters. I have always admired Daisuke Takahashi's ability to entrance an entire crowd as he becomes one with the character in his choreography. Michelle Kwan has always been a great face for figure skating. She is a true model of a champion through victory and defeat. Another skater I have looked up to for a while is Midori Ito. She is an explosive skater that can still remain graceful through adversity.

A: One thing that many people do not know about me is that I have a collection (not a huge one) of Japanese Manga that is on my bookshelf. Every now and then I enjoy immersing myself in another world and books are the easiest way to do that.

Q: What's your favourite song to rock out to?

A: Right now? The answer to this question changes so frequently! I have been listening to "Modern Age" by Anberlin a lot lately. I have been a huge Anberlin fan for a long time and I hope I can see them perform someday.

Q: If you had to eat one food and one food only every day for the rest of your life, what would it be?

A: I would have to go with steak. The carnivore in me is feeling hungry.

Q: What do you love the most about figure skating?

A: Skating has been a great outlet for me throughout my life. I have always loved being able to allow myself to move however I may want. Having a pair of blades strapped on my feet has made that feeling so much easier to accomplish. I feel that I express myself best when I am on the ice.

Didn't you just love this interview with Jordan? In order for this blog to reach a wider audience, I could sure use a little help. All you have to do is "LIKE" the blog's Facebook page at http://www.facebook.com/SkateGuard for instant access to all of the new blog articles, features and interviews as they are made available. I also share daily updates and headlines from the skating world, videos and much more that's not here on the blog, so if you love figure skating as much I do, it would really be rude not to get on that inside edge! You can also follow all of the fun along on Twitter at http://twitter.com/SkateGuardBlog. If you know someone who loves skating, tell them! It's all about getting a dialogue going on! Fabulous skating is too fabulous to keep secret. Am I right or am I right?
Posted by Skate Guard Blog at June 22, 2014
Email ThisBlogThis!Share to TwitterShare to FacebookShare to Pinterest
Newer Post Older Post Home