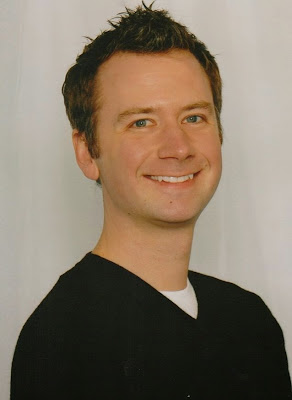 After taking a look at Norval Baptie: The Father Of The Ice Show on Canada Day yesterday, Canada Month on the blog continues today with the first of MANY interviews we'll see this month! Jeff Langdon twice stood on the senior medal podium at the Canadian Figure Skating Championships and he also twice finished in the top ten at the World Figure Skating Championships. At the 1998 Canadian Figure Skating Championships in Hamilton, Ontario, the pressure couldn't have been any more on all of the athletes competing, and a young skater then fresh out of the junior ranks named Emanuel Sandhu surprised everyone by skating to a silver medal ahead of Langdon. Instead, Skate Canada sent Langdon, who had proven himself in national and international competition, to the Nagano Winter Olympic Games. Again in a position to prove himself, Langdon passed the test with flying colors, skating two very strong programs to finish in the top ten in his trip to the Olympics in what was a very deep field of skaters. Retiring from competitive skating in 2001, Langdon skated professionally with Willy Bietak and Holiday On Ice and now acts as a coach at Calgary's Calalta Community Figure Skating Club alongside World Ice Dance Champion Paul Thomas, Canadian Pairs Champions Annabelle Langlois and Cody Hay and U.S. Champion Scott Davis. Jeff took the time to talk about his own competitive career, coaching, his love of skating and much more in this fantastic interview:

Q: You have won two medals on the senior level at the Canadian Figure Skating Championships, represented Canada at the 1998 Winter Olympics, World Championships (twice finishing in the top ten) and at countless international competitions, including the Nebelhorn Trophy which you won in 1994. Looking back, what are your most special or proudest moments from your competitive career... and which were the most challenging?

A: I am most proud of my first World Championships performances. I was able to skate two of my best programs of my career under the most pressure. It was a wonderful moment and I had my Mom and Dad and friends all in the audience which was incredible for me! I think the most challenging time in my career was actually during the last couple of seasons competing. I had many injuries and really struggled to get back to the form I had been in the late nineties. It was a physical and mental challenge. Looking back now I really learned a lot about tenacity and I learned how to surround myself with people that I trusted and that had my best interests at heart.

Q: You worked with Doug and Michelle Leigh during your career, training at the Mariposa School Of Skating in Barrie. What was your relationship like with your coaches and now, as a coach yourself at the Calalta Community Figure Skating Club, how important do you feel having a connection between skater and coach truly is?

A: I was fortunate enough to have some great coaches in my career and I was close to them as I grew up. I started with them when I was around eleven years old so they became very important in the development of who i became as a person and as an athlete. I put a lot of trust in them. Now, as a coach, I have tried to have a strong relationship with my athletes so they are able to trust me and what I am trying to get them to achieve. I have some great young skaters who I am excited to see grow as skaters and as people! 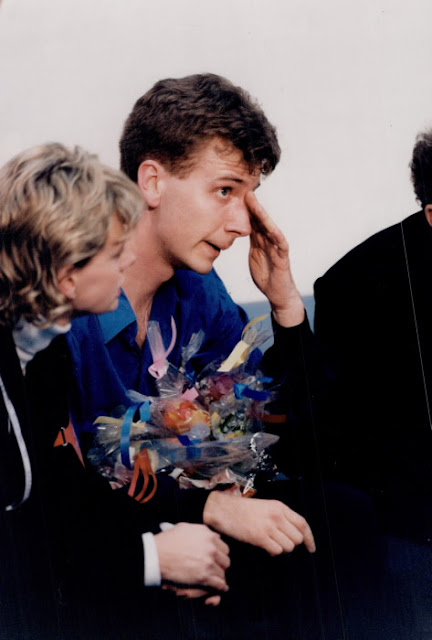 Q: While you were 'at the top', you competed against so many strong Canadian men's skaters - Elvis Stojko, Sebastien Britten, Marcus Christensen, Emanuel Sandhu, Jean-Francois Hebert and others... did you always get along with your competitors or was there a rivalry there?

A: I think we all really did get along well. It was an incredibly strong time in men's skating in Canadian history. I think we all respected one another and what we were all trying to achieve. I never felt any conflict or tension between us and as a skater I tried to be kind to all. We are all doing what we love and trying to reach our own goals. I think that in skating there is room for all.


Q:What prompted your decision to retire from competitive skating and did you ever regret your choice?

A: I think that injury was a big factor for me. I had a tough last few seasons and I was starting to lose my love of skating. I needed to step away from the competitive side. I don't regret my decision at all and it gave me the opportunity to coach at an early age. Also, I was able to do shows for many years which I absolutely loved and had some of the best times of my life. I also met some people who are still some of my closest friends.

A: I think my favourite skater is Brian Orser, whose skating I admired and who motivated me as a young boy to move to train with his coaches who I stayed with for my entire career. He was also the choreographer of my Olympic short program. I think beyond that it would be hard to narrow it down to two others. There have been so many skaters who have inspired me and made me love skating more and more.

A: I love to do interior design and real estate. It is always of interest to me and I am constantly trying to keep up with the trends and follow the markets.

A: I would tell them to skate because they love it and skate for personal goals, regardless of what those goals are. Skate from the soul and appreciate all it gives us as we are not able to do it forever.

Q: What is your favourite movie of all time?


A: I love all of the Bourne movies!

A: I don't think that I would perform myself anymore but I love being involved with coaching, choreographing and would like to perhaps someday be involved in the choreography of an ice show.

A: I just love the freedom of expression and passion it allows us to share through body and soul, and the combination of the physical and artistry is so amazing if we allow ourselves to let go and just be ourselves! It's incredible!

Skate Guard is a blog dedicated to preserving the rich, colourful and fascinating history of figure skating and archives hundreds of compelling features and interviews in a searchable format for readers worldwide. Though there never has been nor will there be a charge for access to these resources, you taking the time to 'like' on the blog's Facebook page at http://www.facebook.com/SkateGuard would be so very much appreciated. Already 'liking'? Consider sharing this feature for others via social media. It would make all the difference in the blog reaching a wider audience. Have a question or comment regarding anything you have read here or have a suggestion for a topic related to figure skating history you would like to see covered? I'd love to hear from you! Learn the many ways you can reach out at http://skateguard1.blogspot.ca/p/contact.html.
Posted by Skate Guard Blog at July 02, 2014
Email ThisBlogThis!Share to TwitterShare to FacebookShare to Pinterest
Newer Post Older Post Home