The Don's Of Canadian Figure Skating 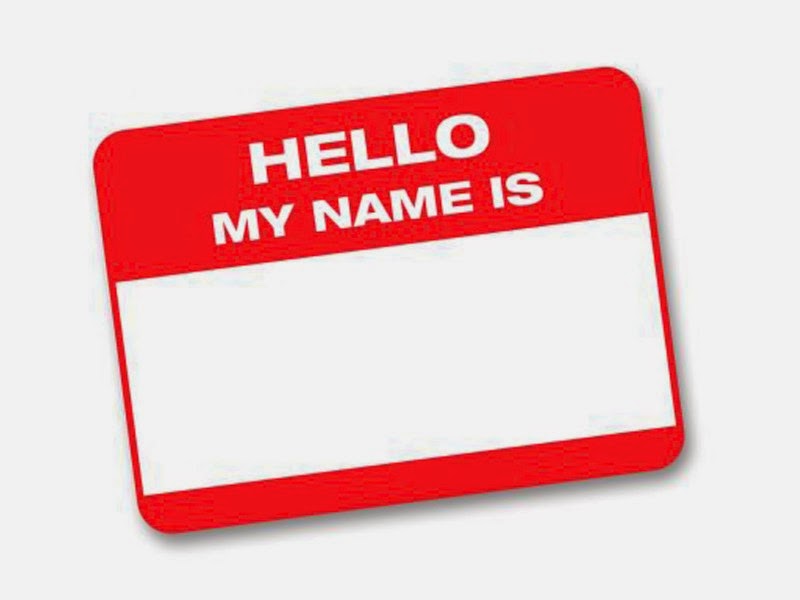 If you were at a figure skating competition in Canada in the 1960's, you really had to watch yourself. The very last thing you probably wanted to catch yourself doing was yelling out "hey, Don!" and causing a buzz of absolute confusion. In total, four men named Donald all won Canadian Figure Skating Championships in a decade. What are the odds of that even happening? What's in a name though, right? Apparently in this case, a lot. Let's take a look at the four incredible champions of Canadian figure skating that shared the same name, all won national titles in the swinging sixties and all left the sport better than they found it:

King of Blades by Stanley Clish, National Film Board of Canada

Canadian figure skating history without Donald Jackson is like golf history without Tiger Woods, hockey history without Wayne Gretzky or basketball history without the guy that said "but we need these baskets back!" Simply put, Donald Jackson is a skating legend. He made history by performing the first triple lutz in competition at the 1962 World Championships in Prague (in then Czechoslovakia) winning the World title that year, won four Canadian titles and two North American titles, won the Olympic bronze medal in 1960, developed his own line of skates, performed well into his sixties, coached a new generation of skaters and even inspired Brian Orser to become a competitive figure skater. What I always really appreciated about Jackson's skating wasn't just the quality of his jumps and spins but his longevity in the sport. As recently as 2008, he performed at the ISU Adult Competition in Obertsdorf and he often performed in professional competitions and even local ice shows throughout his career, eager to give back to the sport and encourage greatness in others. 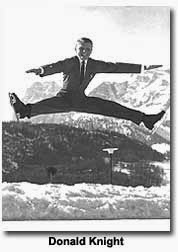 After winning the Canadian junior men's title in 1961, Donald Knight of Dundas, Ontario went on to win a bronze and two silver medals on the senior level before winning three consecutive Canadian senior men's titles from 1965 to 1967. He represented Canada at the 1964 Winter Olympics where he finished in the top ten, won the bronze medal at the 1965 World Championships and the 1967 North American Championships in Montreal as well - not at ALL bad for a skater who faced an enormous amount of competition from the other Don's (and 1964 Canadian Champion Charles Snelling) at home in Canada. A student of Ellen Burka and Sheldon Galbraith, Knight turned professional following the 1966/1967 season and toured for eleven years with Ice Capades and Holiday On Ice in Europe. He coached in both Burlington and Oakville, Ontario for many years. Knight was well known throughout his career for being an exceptional skater when it came to school figures as evidenced by this anecdote from legendary coach Sheldon Galbraith: "In 1967 at the North American Championships in Montreal, I was working with Donald and he had just performed the forward change bracket school figure for the judges. He had drifted off axis after the backward change of edge and missed his alignment, but had received good marks. It was the same figure Donald Jackson had skated poorly in 1962 at Prague, just five years earlier. I told Don that the American coaches had noticed this and had gone rallying to their judges. I told Donald 'you had better skate a cracker jack of a double three change double three because those coaches are after your hide'! Donald did just that! He was one of the few men in Canada that I had seen who could skate the 24 turns absolutely clean! Donald was a rarity." 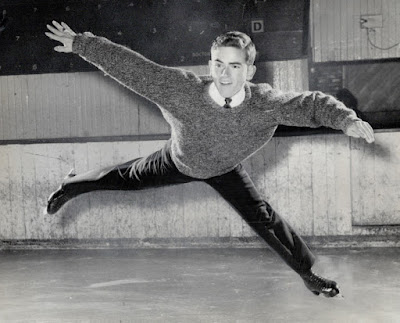 "I started skating when I was two years old," explained 1963 Canadian, North American and World Champion Donald McPherson of the Stafford Figure Skating Club in David Young's book The Golden Age Of Canadian Figure Skating. "We lived in a small apartment in the middle of town, and there was no place for me to go out and play. My mother read in a newspaper that a skating club was starting in the fall, so she got me a pair of skates". Already entering and winning competitions at age six, it was clear that skating was in the future World Champion's blood. McPherson represented Canada at the 1960 Winter Olympics in Squaw Valley, where at fifteen he placed in the top ten. The devastating Sabena plane crash that claimed the life of the entire U.S. figure skating team slowed his rise to the top internationally but afforded McPherson extra time to hone his skills with coach Dennis Silverthorne. A complete lack of funds ended any hope of McPherson continuing his competitive career beyond the 1963 season and training to compete at a second Olympic Games. When the offer came to turn professional and tour with Holiday On Ice in Europe, he took it. McPherson moved to Europe, skated his heart out, battled with diabetes and passed away in Germany in 2001 at the age of fifty six. On his competitive career, he stated: "to be a champion, you have to have the desire to prove that you can be the best, even if it means giving up everything else. It's a marvellous feeling when you finally achieve your goal, but the work along the way means so much more." 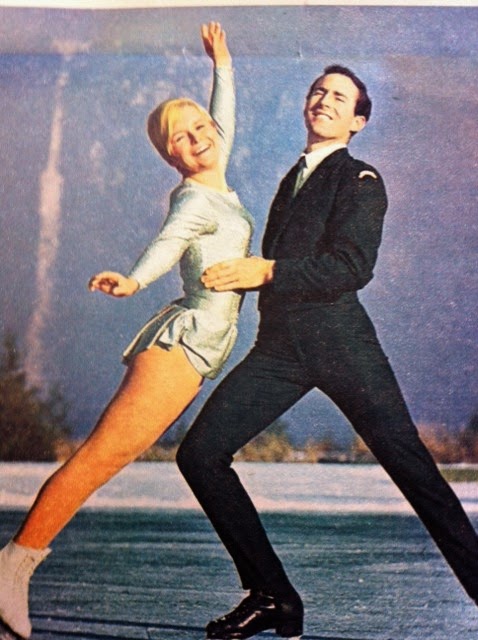 After teaming up in 1964 and coming of age in the sport by winning the 1966 Canadian junior ice dance title, success came quickly in the senior ranks for British Columbia's Donald Phillips and his partner Joni Graham. Winning the 1967 and 1968 Canadian ice dance titles, the team from the Kerrisdale Figure Skating Club went on to represent Canada internationally at the World Figure Skating Championships in both 1967 and 1968. The team also found success at the 1967 North American Figure Skating Championships held in Montreal, where they won the silver medal. Phillips and Graham were coached by Jean Westwood, who with partner Lawrence Demmy became the world's very first European and World ice dance champion in 1952. Based out of Vancouver, Phillips and Graham represented Canada in the ice dancing 'demonstration' competition that was held at the 1968 Winter Olympics in Grenoble. Donald Phillips described ice dancing to an unfamiliar audience in a 1968 Andy O'Brien Ottawa Journal article called "Joni And Don Dance Into The Spotlight": "In ice dancing, there is never any degree of separation. The basic aim is for the couple to look like one unit. A dance team must work long hours at checking that legs and bodies are matched at all times, otherwise the one unit look is lost".

What's in a name? If it's Don and you're talking Canadian figure skating, the answer to that query appears to be greatness.

Skate Guard is a blog dedicated to preserving the rich, colourful and fascinating history of figure skating. Over ten years, the blog has featured over a thousand free articles covering all aspects of the sport's history, as well as four compelling in-depth features. To read the latest articles, follow the blog on Facebook, Twitter, Pinterest and YouTube. If you enjoy Skate Guard, please show your support for this archive by ordering a copy of the figure skating reference books "The Almanac of Canadian Figure Skating", "Technical Merit: A History of Figure Skating Jumps" and "A Bibliography of Figure Skating": https://skateguard1.blogspot.com/p/buy-book.html..
Posted by Skate Guard Blog at July 10, 2014
Email ThisBlogThis!Share to TwitterShare to FacebookShare to Pinterest
Newer Post Older Post Home