Gjon Mili And The Picasso Inspired By A Figure Skater 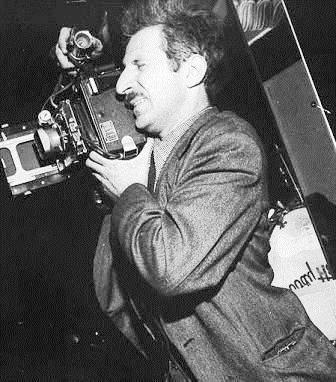 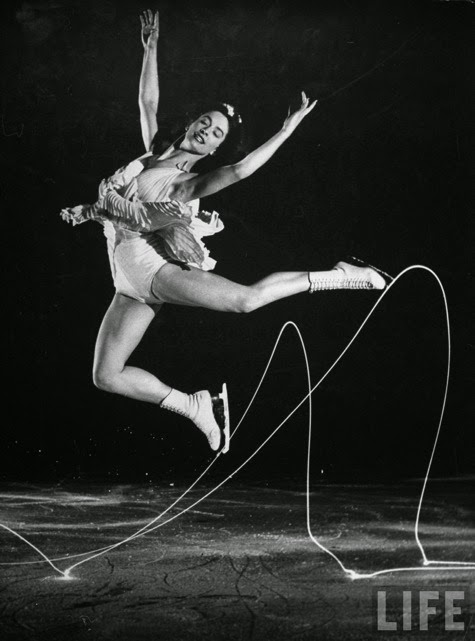 Following in the footsteps of Man Ray (the first person to explore the technique of light painting), Albanian born Gjon Mili set a ball in motion through his exploratory art that would influence the work of the great Pablo Picassi... and he did it by working with figure skaters.

A trained engineer and self-taught photographer, Mili pioneered photoflash technology through his work with Harold Eugene Edgerton from the Massachusetts Institute Of Technology in the 1930's using stroboscopic light to capture the movement of dancers such as Martha Graham, Leon James and Willa Mae Ricker, jugglers, musicians in a single exposure. In the 1940's, Mili attached small lights to the boots of figure skaters, then opening the shutter of his camera and taking photographs that would inspire some of the most famous light painting images in history. Most famously, the skater in Mili's light drawings depicted here is Carol Lynne Genho, a professional skater who toured alongside her sister Margie Lee Genho, Olympic Gold Medallist Barbara Ann Scott, Michael Kirby, Jimmy Grogan, Freddie Trenkler, Skippy Baxter and others in Hollywood Ice Revue, going simply by the name Carol Lynne. 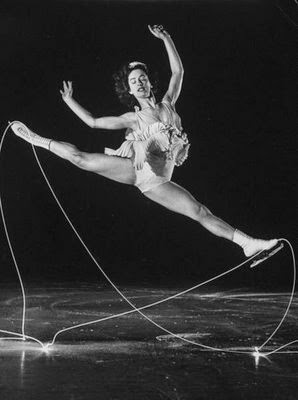 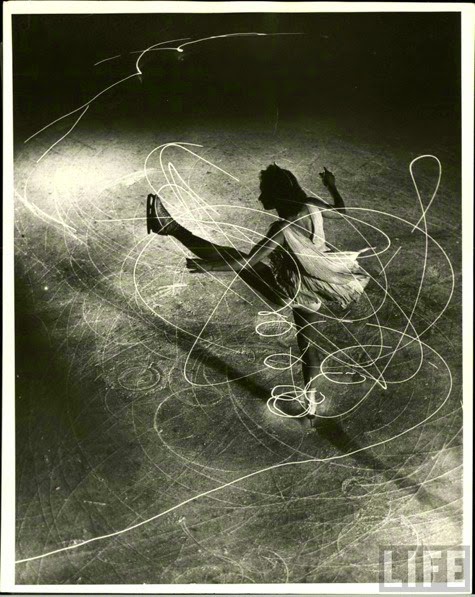 In 1949, Mili was on assignment for Life Magazine in France. He was sent to photograph the legendary Pablo Picasso at his home. While there, Mili showed Picasso some of his light painting photographs of figure skaters including his work with Carol Lynne. Immediately inspired by what he saw, Picasso took his penlight and started 'drawing in the air'. This fleeting meeting and Mili's light painting photographs of figure skaters inspired Picasso's famous light drawing 'Picasso Draws A Centaur'. Like Picasso, Henri Matisse was also introduced to the art medium of light drawing by Gjon Mili and created his own light painting as well. 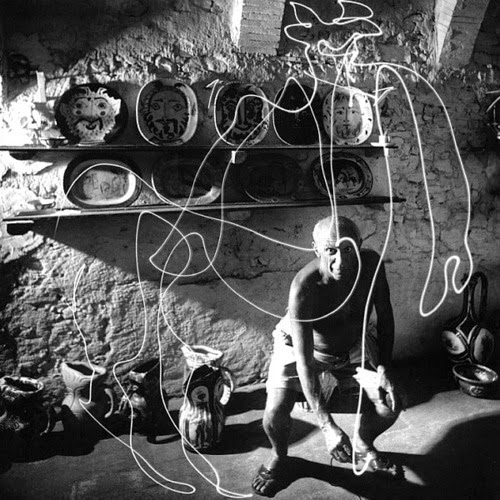 I couldn't get over the fact that Genho, a show skater from Nebraska who agreed to take a moment away from Arthur M. Wirtz' popular ice show to play subject to the work of an experimental artist and photographer would go on to inspire Pablo Picasso, one of the most brilliant artists of the twentieth century. I bet she didn't see that one coming! Well, hello... could you imagine agreeing to go do a still life drawing at an art school and ending up the subject of someone like Paul Cézanne? As the French say, "il est absolument incroyable".

In order for this blog to reach a wider audience, I could sure use a little help. All you have to do is "LIKE" the blog's Facebook page at http://www.facebook.com/SkateGuard for instant access to all of the new blog articles, features and interviews as they are made available. I also share daily updates and headlines from the skating world, videos and much more that's not here on the blog, so if you love figure skating as much I do, it would really be rude not to get on that inside edge! You can also follow all of the fun along on Twitter at http://twitter.com/SkateGuardBlog. If you know someone who loves skating, tell them! It's all about getting a dialogue going on!
Posted by Skate Guard Blog at September 04, 2014
Email ThisBlogThis!Share to TwitterShare to FacebookShare to Pinterest
Newer Post Older Post Home
"As a rule an author has one or two popular ways of contrasting the past with the present. He can treat the past as lying in comparative doleful ignorance, or he can explain that the past was infinitely superior to the day we live in. Of course, either method is the popular journalism of the moment, and in reality there is no sharp contrast, but a gradual transition which leads the past into the present." - Joel B. Liberman, Skating Club Of New York