I have had an insatiable interest in The Salem Witch Trials for as long as I can remember. After first being intrigued by Laurie Cabot as a teenager watching an episode of A&E's "In Search Of", I read her book "The Power Of The Witch" and have since read a number of books and watched documentaries about the events that unfolded in Salem, Massachusetts between February 1692 and May 1693. Those trials saw the execution of twenty people and it wouldn't be until well over a decade later that I'd learn of a very personal connection to those events.

In 1630, my ancestor Anna Maria Conrad wrote a letter while pregnant, imprisoned and tortured in a  Frankfurt, Germany jail, accused of witchcraft. In the translation of the letter (which was a plea for her freedom) she wrote "If you cannot allow me to live in Kleinheubach or elsewhere in Erbach, then, release me and allow me to enter the Mainz region... I ask for the rest of my life that I do not remain guilty and forgotten in Erbach." She survived being burned at the stake and escaped from her imprisonment to Grosheubach, Germany. It is believed that her husband bribed the guards to obtain her freedom. She is known historically as the 'last witch of Kleinheubach'. I'm fortunate enough to (through a distant relative) even have a copy of Anna Maria's original letter in German as well as a full translation. 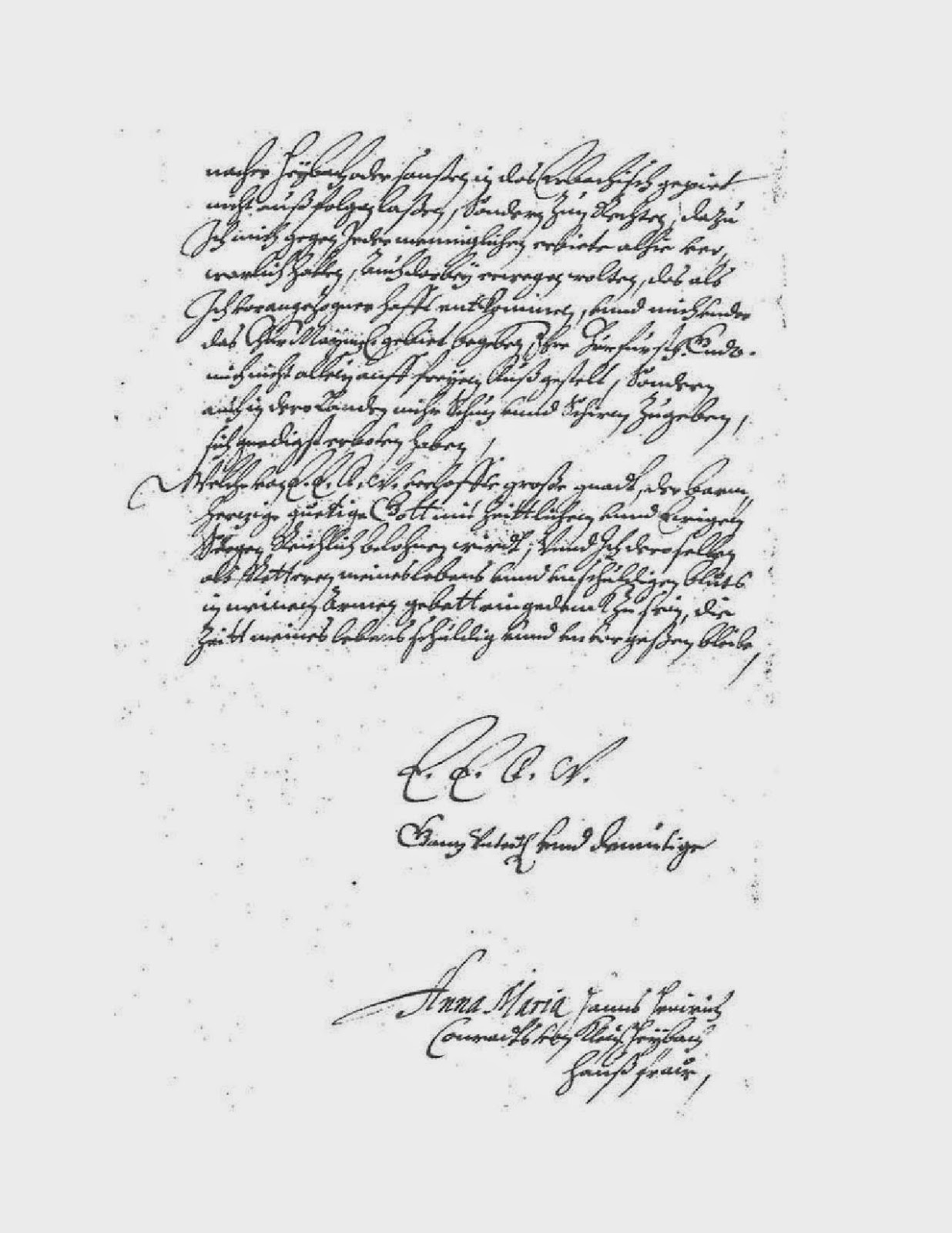 Having that fascination with my own ancestor's story and the stories of those who endured similar trials in Salem, my interest skyrocketed when I read an article that talked about a skating connection to witch trials. I'm telling you... you can't even make this stuff up! During the height of the Salem Witch Trials, a very similar series of events unfolded in Fairfield, Connecticut. Decades after settlers had sentenced Goodwife Bassett to hanging in 1651 and Goodwife Mary Knapp to the same fate in 1653 for having "witch marks", Puritan society again reared its ugly head and accused another Fairfield woman named Mercy Disbrowe of "witchery". According to Devan Boniface and Erin Gleason's 2000 article "The Fairfield Witch Project", "Disbrowe was searched for witch marks by a committee of six housewives. After finding a peice of skin about an inch long that resembled a 'flattened finger of a glove,' Mercy was placed in jail where she awaited for the start what was to be a drawn-out trial." As part of Disbrowe's "trial" (I use quotations because a witch hunt is not a trial), Disbrowe was put to the almost folkloric "witch dunking" test where she was held down in a pond to see if she would float. If she were to drown, she was believed innocent and if she were to survive, she'd be determined a witch. I don't even have to tell you how ridiculous and sadistic that kind of test is, but hey, there's still racism and discrimination in this world, so there are clearly a lot of people NOW that like then, have completely illogical thought processes going on. At any rate, Disbrowe survived the "witch dunking" and was sent to be executed. Unlike in the cases of Bassett and Knapp, outside authorities stepped in and saved Disbrowe after seeing the hysteria that was going on in Salem around the same time. 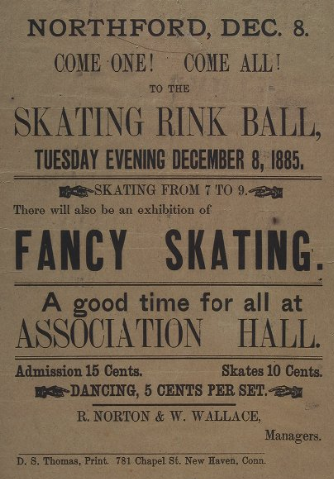 Of course, as in any story like this, urban legend has prevailed. The pond in which Disbrowe endured her "witch dunking" (which urban legend says she didn't actually survive) was Edwards Pond, which on the grounds of Fairfield Academy. Naturally, the pond was believed to be haunted. Elizabeth Rose, the Library Director at Fairfield, Connecticut's Museum And History Center, confirmed that students at the Academy used the pond (which is now located on Fairfield's Town Green) for ice skating! Evidence that the "haunted pond" was used for skating can be found in "recollections in the 1904 Centennial Of The Fairfield Academy, page eleven (recollections of Arthur Osborne) and page twenty two (recollections of Mary Ann Sloan). It's an interesting connection between witchcraft trials and ice skating!" stated Rose.

Rose was kind enough to provide me with scans of the original 1904 document and I'm happy to be able to share both Osborne and Sloan's accounts of skating on the "haunted pond". Osborne wrote: "The Academy pond, now filled up, was a great feature in the school life, affording skating and sliding in the winter, and wading, rafting and sailing in summer. Often after recess in winter, we returned to the school room, wet from running on the cakes of ice, sometimes up to the middle." Sloan wrote: "Of our sports and pastimes, my most distinct recollection is of the pond next the Academy. It has long ago been filled in, but in my childhood was a considerable body of water. In the winter, when the ice formed, the boys on their skates would draw the girls back and forth as they held their wooden tippets. Sometimes we forgot that ice would break and that there was water beneath. I had many wettings. David Durand was once at least sent to bed for the rest of the day for this reason. After one of these episodes, wet from head to foot, I was hastening home when I discovered that to get there I must pass the procession of good people on their way to the Preparatory Service. Never was a little girl more ashamed of herself. But these mishaps were soon forgotten, and occurred again and again."

Although Edwards Pond, the site of a Disbrowe's "witch dunking" in the late 1600's and schoolyard ice skating at the turn of the twentieth century, is now filled in and grown over, one has to wonder if the site that was long considered haunted in local folklore really was. Did the ice that Mary Ann Sloan, Arthur Osborne and David Durand skated on break of its own volition or did Disbrowe really drown... and was she up for company? Although the answer is more than likely the first of the two, it sure makes for a great ghost story, doesn't it? As I write this, I like to think that my own ancestor, Anna Maria Conrad, is looking down and smiling.

Skate Guard is a blog dedicated to preserving the rich, colourful and fascinating history of figure skating and archives hundreds of compelling features and interviews in a searchable format for readers worldwide. Though there never has been nor will there be a charge for access to these resources, you taking the time to 'like' on the blog's Facebook page at http://www.facebook.com/SkateGuard would be so very much appreciated. Already 'liking'? Consider sharing this feature for others via social media. It would make all the difference in the blog reaching a wider audience. Have a question or comment regarding anything you have read here or have a suggestion for a topic related to figure skating history you would like to see covered? I'd love to hear from you! Learn the many ways you can reach out at http://skateguard1.blogspot.ca/p/contact.html.
Posted by Skate Guard Blog at October 14, 2014
Email ThisBlogThis!Share to TwitterShare to FacebookShare to Pinterest
Newer Post Older Post Home