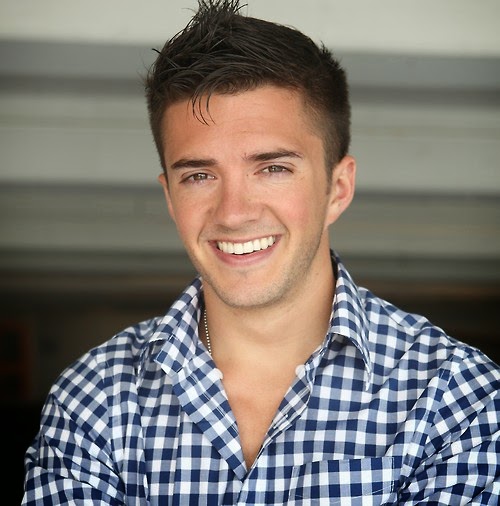 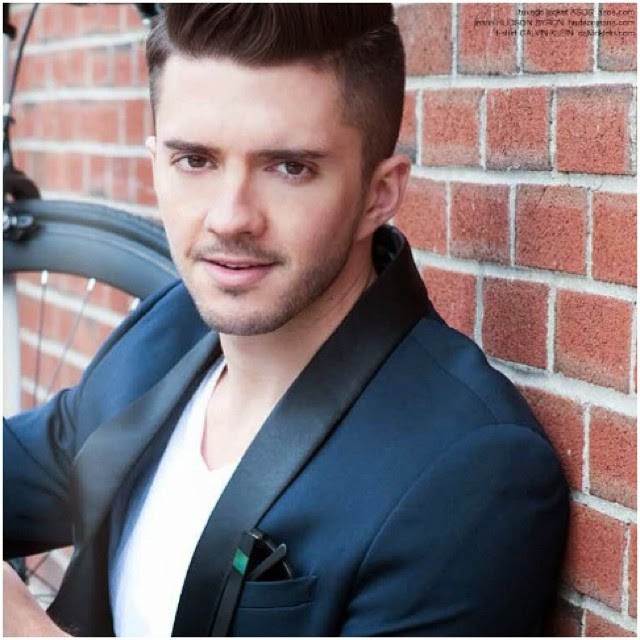 If your blog's speed skating virginity is going to be taken away, I can't think of a nicer guy or someone easier on the eyes - I mean ice - to be responsible for that happening. I had honestly never even thought about interviewing a speed skater until I learned a bit about New Zealand's Blake Skjellerup. The twenty nine year old who was born in Christchurch represented his country at the 2010 Olympics in Vancouver and he even has a Canadian connection - he lived and trained in Calgary for a time. Now living in the States, he is not only one of an elite few out and proud gay athletes but he is also very active in anti-bullying initiatives. Skjellerup also recently acted as an ambassador to the 2014 Gay Games in Cleveland, Ohio. Being pretty passionate about advocacy for gay athletes and anti-bullying initiatives myself, that's definitely something that we discussed but we also got to dive into some other interesting questions such as talking about the ISU and Speedy Cinquanta from a speed skater's perspective. I even had chance to talk to Blake about his favourite FIGURE skaters. Grab yourself a bevvy and get ready for something completely different:

Q: First of all, congratulations on taking the blog's speed skating virginity! Being a figure skating blog, I've touched on speed skating in a few different historical articles but never actually interviewed a speed skater. After learning about your story, I was like you know, this is a person I need to talk to! I wanted to start by talking a bit about your accomplishments as a skater. You've won five national titles in New Zealand and represented your country at the 2010 Winter Olympics here in Canada where you have lived and trained. How did you get your start in the sport and what are your proudest moments or accomplishments as an athlete?

A: I got started in speed skating through my brother. I was initially playing rugby in my hometown of Christchurch, but I had broken my arm rollerblading with some friends. Since rugby was out of the question for two months with a broken arm, my brother thought that speed skating would be something that I could do with a broken arm. Turns out it was, and I haven't stopped skating since then. My proudest moment would be Vancouver 2010. I had put so much work, sacrifice and effort into training and qualifying for Vancouver. I was proud of what I achieved and I was proud to give back to everyone that believed in me and knew that I could make the Olympics.

Q: As far as sports go, speed and figure skating are really night and day in some respects. The judging of figure skating has that subjectivity element whereas speed skating is very cut and dry - simply put, the fastest wins. Speaking of judging, a lot of people within the skating community (myself included) have been very critical of Ottavio Cinquanta, the President of the International Skating Union that governs both speed and figure skating. Being a former speed skater himself, many people feel the ISU (and Cinquanta)'s interests seem to favor speed skating. I'm curious to hear from a speed skater's perspective how people view the ISU from that angle and the way speed skating is judged and officiated?

A: Gosh, what a loaded question! Where to begin? I think that speed skating is slowly morphing into a sport of the twenty first century. The old and out of date regulations and rules are being replaced by ones that better suit the sport and its future. I believe the ISU has a long long way to go to build all of the sports it officiates over. Speed skating and figure skating are amazing sports and it is sad to see that the following of both has been declining. I can count on one hand the amount of times I competed in a sold out arena. It is disheartening for the athletes and the organizers to hold World Cup and World Championship events that do not fill the stands or even fill the stands half way. The ISU needs some rejuvenation among its ranks to bring its sports on par with what else is out there.

Q: You were named as an Ambassador for this year's Gay Games, which I think is just fabulous. Having decided to loudly and proudly come out while still competing and support worthy advocacy causes is a surprisingly VERY uncommon choice for many amateur athletes - figure skating very much included. What are the root causes or reasons, in your opinion, that most athletes don't make that decision and why is it important they do?

A: Fear I think is the biggest reason. In saying that, I know of some who believe it is no one's business to announce their sexuality (and that may be true) however when you are at the level of representing your country, you are there representing those people who live in it: gay, straight, Christian, African American... Why I believe it is important to come out publicly is to be that role model and that strong competitor who knows the importance of being supported. It may be no one's business but to those at home who are feeling alone and isolated for whatever reason, being that role model and strong representation allow those people to not feel so alone and isolated.

Q: Here's a question I ask everyone and I'd love to get a speed skater's perspective. Who are your three favourite FIGURE SKATERS of all time and why?

A: Do we count a pair as one or two? Meryl Davis and Charlie White are not only amazing skaters but great people. I also love the skating style and swag of Yuzuru Hanyu.

Q: One of the things I really wanted to talk to you about is your work with Safe Schools Iowa and GLSEN (Gay, Lesbian And Straight Education Network). I wrote an article during the Sochi Olympics called "Getting Up And Saying No" that quite bluntly addressed the bullying of figure skaters in social media by "fans" and those claiming or playing a journalistic role. To be honest with you, it is an issue I am very passionate about myself. What are your thoughts on social media and bullying and what are some things athletes can do to address this issue?

A: I think avoiding social media during competition time is very important. It is a distraction whether the messages are positive or not. You need to stay focused on competing and having a phone in your hand detracts from that. The sad reality is that there are always going to be those people who feel it necessary to be hateful and nasty. I have a pretty thick skin as I was bullied early on for my participation in speed skating and my perceived sexuality. Nothing gets to me anymore after years of names and negative words thrown my way during high school. Blocking and reporting those who find it necessary to be hateful is step one. Don't give fuel to their fire by replying. I encourage people to be confident in who they are and athletes need to strive to be that in the competition arena. If you know who you are and you are confident in your abilities, nothing else matters.

A: I make a mean lasagna.

Q: What do you love the most about being on the ice?

A: The glide and speed. There is just something about moving at thirty five miles per hour on razor sharp blades that make me feel free and in control.

If you enjoyed this conversation with Blake, be sure to always check back for more skater interviews and writing about everything under the sun in the skating world. There is also a Facebook page connected to the blog where all blog articles and interviews are shared - as well as current skating news, photos and videos of amazing skating. Give it a "like" at http://www.facebook.com/SkateGuard. You can also follow me on the Twitter at http://twitter.com/SkateGuardBlog. I love talking figure skating and would love to talk about the sport with you!
Posted by Skate Guard Blog at October 05, 2014
Email ThisBlogThis!Share to TwitterShare to FacebookShare to Pinterest
Newer Post Older Post Home