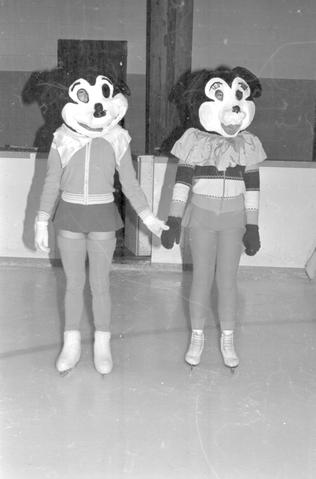 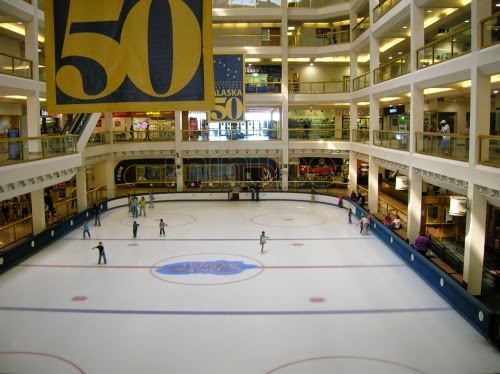 The Dimond Center is a mall located in Anchorage, Alaska that plays host to the Dimond Center Ice Chalet, an in-mall skating rink. The Ice Chalet offers the U.S. Figure Skating Basic Skills Program in conjunction with the Alaska Association of Figure Skaters (AAFS). So you're thinking... run of the mill rink in a mall right? Not even close. According to More Than Horror, "the locals say that when the Dimond Center was first built in 2002 the grounds under it were Native American burial grounds. While digging up the grounds to build the mall, workers came across a few graves, but due the fact there was so few of them, they continued construction. People claim to see wolves roaming the halls and hearing the sound of flute music playing... the ghosts of people dressed in Native American clothing often appear to people in the hallways of the building. There is a evil presence in one of the stores that a lot of people are afraid of. They say it appears as a dark shadow and then a deep feeling of fear comes over whoever happens to be in the room... supposedly if you
try to stay in the room you will be pinched or hear a loud hiss in your ears." I suppose have its perks. If you take your kids to the Dimond Center to learn to skate, they are bound to have posture and gorgeously straight backs just like Dorothy Hamill. They'll have to... they'll be scared stiff! 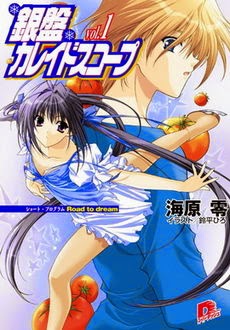 Written by Rei Kaibara and illustrated by Hiro Suzuhira, Ginban Kaleidoscope was a series of light novels that were adapted for Japanese television in 2005 and 2006 as an anime cartoon. The plot of both the books and television program revolves around Tazusa Sakurano, a Japanese figure skater and Olympic hopeful. At a figure skating competition in Canada, Sakurano falls on a triple lutz attempt and loses consciousness. At the exact instant Sakurano loses consciousness, Canadian stunt pilot Pete Pumps dies when his plane crashes as a result of mechanical failure. Like something straight out of The Exorcist, Pumps' spirit inhabits the Japanese figure skater's body for one hundred days... and she falls in love with him. The plot appears quite similar in some ways to Ice Angel, the 2000 made for TV movie which touches on the themes of reincarnation and figure skating. At any rate, if you're an Olympic hopeful and are going to be possessed, I suppose someone with a lot of experience in the air isn't exactly a bad fit. The moral of the story? Land that triple lutz or you just might end up spitting out pea soup everywhere, right? 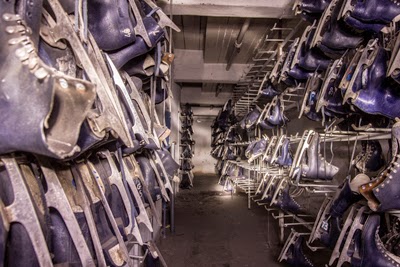 Another haunted rink? I couldn't possibly! This one's a little different though. After closing its doors in 1997, the Carlton Hotel Sky Rink in Johannesburg, South Africa has attracted its fair share of ghost hunters. Dirk Chalmers wrote "The Carlton Sky Rink is the creepiest place I've ever seen. If you're old enough you'll remember it differently, but today it manages to tick two boxes at once - rad party venue and the perfect spot to hide dead bodies. It's rough around the edges but it's pretty much the same place it was when my parents used to skate there back in the day. It just looks like nobody did much since then besides rip out the ice and switch the lights off. On our way out, we stopped by what is definitely the most horror movie appropriate room of them all: the shoe room, filled to the brim with dusty unused ice skates. Or perhaps... murder weapons..." The Carlton Hotel Sky Rink is actually a gutted former ice rink located on the top of an abandoned hotel - which was actually quite the high end affair in its heyday. Henry Kissinger, Hilary Clinton, Margaret Thatcher, Whitney Houston and Mick Jagger all took up temporary residence in the hotel at one time or another. The eerie calm of this abandoned and mothballed hotel with this spooky rink left over a decade ago to fall into disrepair just seem the perfect backdrop for a horror story, wouldn't you say? Who knows, maybe Kissinger, Thatcher or Houston return for a visit from time to time? Stranger things have happened. Ottavio Cinquanta's still around, after all. 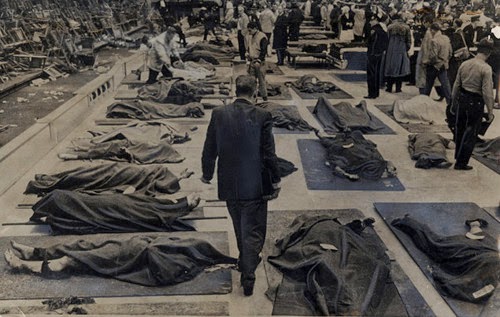 Revisiting "The Hallowe'en Holocaust: A Closer Look At The 1963 Holiday On Ice Explosion", we remember that in Lori Sankowsky's book "Ghost Hunter's Guide To Indianapolis", she recounts a story of her visit to what is now the Pepsi Coliseum - the site of the grisly October 31, 1963 Fairgrounds Coliseum explosion that killed eighty two people at a Holiday On Ice show. Like something off Most Haunted, Lori and her companion Keri heard audible clicks in the silence of the arena that stopped when they asked "is someone there?" and experienced sensations of overwhelming heat even though their infrared thermometer had not changed from their initial reading of sixty seven degrees. The book includes a photo showing a red orb appearing near aisle thirteen of the rebuilt arena where by accounts the apparition of a woman has been seen previously. Whether you believe in that kind of thing or not, it's certainly not the first time figure skating has had a haunted connection. 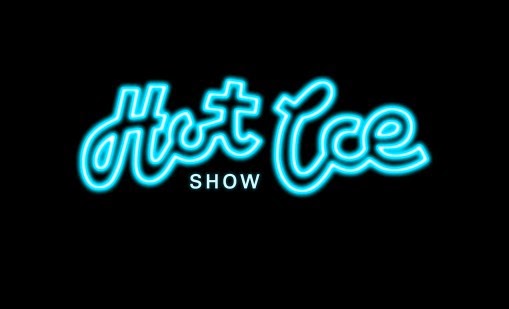 The ice rink at Blackpool Pleasure Beach in England is the oldest purpose built ice theatre and the world and has played host to the popular Hot Ice show for the last seventy years. It ALSO paid host to a team of paranormal investigators in 2002, when the popular British television program Most Haunted set up shop. Blackpool writer Juliette Gregson has claimed that she herself "heard someone or something skating on the ice... when I have gone to look nothing was there. Lights and equipment move of their own accord and doors have been wide open when they have closed with padlocks. Staff working late at night, walking across to the tractor bay, have felt really cold, chilled to the bone and an 'awful' presence." Doors which are wide open have slammed shut on their own acccord, despite there being no wind or breezes. Apparitions have even reportedly been seen in the rink's dressing rooms. With so many famous skaters connected to that rink as show performers in its seventy year run, it is almost impossible to guess just who just may be revisiting that rink. Could it be Betty Callaway, coach of Jayne Torvill and Christopher Dean, who while performing met her first (and later, third) husband Roy - a principal skater in the show - there? What about former Blackpool Pleasure Beach chairman Doris Thompson, who passed away just hours after the funeral of her son and managing director of the venue, Geoffrey Thompson? The secret just may stay safe... beyond the veil.

THE DEVIL WENT UP TO NEW JERSEY 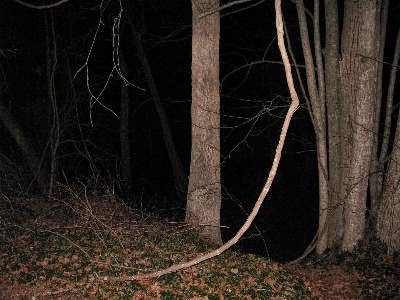 In 1978, two teenage boys went skating near Chatsworth in the Barrens and smelled an odor like dead fish and saw two red eyes staring at them. They didn't stick around for tea but did claim they had encountered The Jersey Devil. On his website dedicated to research of the Jersey Devil legend, Dave Juliano explains more about this well known folklore figure: "The Jersey Devil, the supposed mythical creature of the New Jersey Pinelands, has haunted New Jersey and the surrounding areas for the past 260 years. This entity has been seen by over 2,000 witnesses over this period. It has terrorized towns and caused factories and schools to close down, yet many people believe that the Jersey Devil is a legend, a mythical beast, that originated from the folklore of the New Jersey Pine Barrens. Others disagree with this point of view... There are many different versions of the birth of the Jersey Devil. One of the most popular legends says a Mrs. Shrouds of Leeds Point, NJ made a wish that if she ever had another child, she want it to be a devil. Her next child was born misshapen and deformed. She sheltered it in the house, so the curious couldn't see him. On stormy night, the child flapped its arms, which turned into wings, and escaped out the chimney and was never seen by the family again. A Mrs. Bowen of Leeds point said, 'The Jersey Devil was born in the Shrouds house at Leeds Point.'Another story that also placed the birth at Leeds Point said that a young girl fell in love with a British soldier during the Revolutionary War. The people of Leeds Point cursed her. When she gave birth, she had a devil. Some people believe the birth of the devil was punishment for the mistreatment of a minister by the Leeds folk." Whatever the case may be, I think we should leave this one for Theresa Caputo, the Long Island Medium to sort out. You won't catch me skating outdoors in New Jersey anytime soon, I'll tell you that.

I want to close this special Hallowe'en edition of the blog with one of MY all time favourite skating spooky skating performances, choreographed by the late and great Brian Wright. Here are World Professional Champions Anita Hartshorn and Frank Sweiding skating to "Sadeness".

I hope you all have a wonderful Hallowe'en! The next blog will take a look at my thoughts from this weekend's Skate Canada competition in Kelowna, British Columbia and don't forget that next week I'll be featuring a fantastic interview with Olympic Bronze Medallist and two time U.S. Champion Ashley Wagner.

Skate Guard is a blog dedicated to preserving the rich, colourful and fascinating history of figure skating and archives hundreds of compelling features and interviews in a searchable format for readers worldwide. Though there never has been nor will there be a charge for access to these resources, you taking the time to 'like' on the blog's Facebook page at http://www.facebook.com/SkateGuard would be so very much appreciated. Already 'liking'? Consider sharing this feature for others via social media. It would make all the difference in the blog reaching a wider audience. Have a question or comment regarding anything you have read here or have a suggestion for a topic related to figure skating history you would like to see covered? I'd love to hear from you! Learn the many ways you can reach out at http://skateguard1.blogspot.ca/p/contact.html.
Posted by Skate Guard Blog at October 31, 2014
Email ThisBlogThis!Share to TwitterShare to FacebookShare to Pinterest
Newer Post Older Post Home