As autumn creeped in last year, I first introduced you to a Nova Scotian classic: hodge podge.  If you've never had a proper bowl of hodge podge, you don't know what you're missing. It's a traditional Nova Scotian fall dish that uses nothing but the best and freshest vegetables. It just warms your soul. I'm craving it already by just mentioning it. In Atlantic Canada, we use the expression "hodge podge" to describe anything that's got a little bit of everything. Figure skating constantly evolves and changes that much that it's not always easy to keep track of all of the developments, stories and (sometimes) dramas that develop along the way. I've had several topics that I'd been wanting to write about for quite a while that all seemed to have one common denominator... they are all tales that many people may not know or if they did, might not remember. Fasten your seatbelts and prepare for a tour of interesting stories from the figure skating world... with a delicious 6.0 finish: 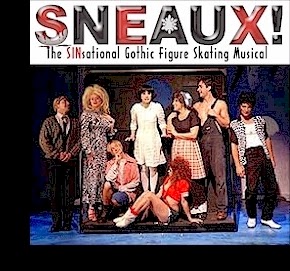 In 2003, The Matrix Theatre in West Hollywood played host to a campy musical like no other. "Sneaux: The SIN-Sational Gothic Figure Skating Musical" starred Kristen Bell as Sneaux and met critical acclaim in the L.A. Times. With the writing of Tim Garrick and music and lyrics of Lori Scarlett, "Sneaux" managed find inspiration from the gothic style of V.C. Andrews' novels. In his 2003 review in the Daily Bruin, David Chang described the musical as "a zany, X-rated comedy that follows the guidelines of the gothic horror romance genre. First, the heroine, Sneaux, is poor and mistreated (sold into white slavery and molested). Second, she discovers her true pedigree (French princess) and pines to show her talent (figure skating). Third, along her journey Sneaux inadvertently sleeps with a blood relative (brother Didier)...." All of these classic elements of the gothic musical genre came together with a diverse cast to (by all accounts) produce something quite fabulous I wish I could have seen. What we CAN see is another musical which was performed as recently as February of this year at the King King Club in Los Angeles: Tonya & Nancy: The Rock Opera. I'm sorry, but I can't. 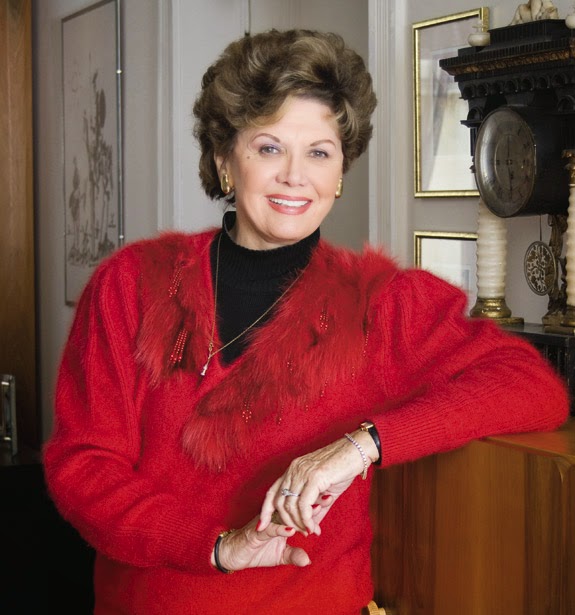 Born in Prague in what is now the Czech Republic, Ája Vrzáňová-Steindler found herself atop the podium at the World Figure Skating Championships in 1949 and 1950 but her second World Championships win was significant not only in what happened on the ice but what happened off the ice as well. As communism was becoming more and more powerful in Czechoslovakia, Vrzáňová-Steindler made the brave move of defecting from her home country while in London for those 1950 Worlds with the support and at the suggestion of both her parents. Ája talked at length about the defection and the kidnapping attempts that ensued as a result in a 2012 interview with Radio Prague: "They tried kidnapping me in London. The police, or whoever was watching me, I had two men watching me all the time… I was staying in the private residence of Arnold Gerschwiller, my coach and his wife. It was an English residence, so they could not enter it, unlike if I had been at a hotel. It was really scary. They almost got me one time, put me in a car, and I would have been gone. But luckily Arnold Gerschwiler went to the English authorities. Rather than us going to them, they came to us at the residence in Richmond and gave me political asylum on the spot. That was very unusual, and very helpful, because I couldn't leave the house for ten days at all. It sounds like a bad movie. Arnold left, but we didn't know that he was going to get these fellows from the authorities. I thought that he was going to teach. He said, don’t go out, just stay here and I’ll be back shortly. I had sort of cabin fever and I said to Mrs. Gerschwiler, please let me go, just to the corner drugstore, I’ll be right back. She said, you know what Arnold said, we shouldn’t leave. But anyway, she let me go. I got a few little unimportant things on the corner, just to get out of the house. And I was coming back I could hear that car that we’d heard so many times going back and forth; it was a quiet street. Two men jumped out and started yelling in Czech. And I drop everything and I’m running. I get to the house and, you know, the latch on the little gate, I had opened it a million times, but I could not get it open. And really luckily, the men and Arnold Gerschwiler came out and grabbed the men. They held on to me and said, she’s under our political protection and you’re going to get in a lot of trouble if you try to contact her again. That was the first time that I realised that this was a very serious business. I really didn’t know. I was always sheltered from things that would upset me or my thoughts about my family – we were very close. I just started to cry. When I think of it now, I get very emotional still." From Prague via London, the two time World Champion made her way to the U.S. and a new life outside of the Communist system.I mean wow, you have to just give so much admiration to someone who was willing to make such a brave and terrifying choice at such a young age that really assured a brighter future! You can listen to the entire Radio Prague interview with Ája here.

DAMN I WISH I WAS YOUR LOVER 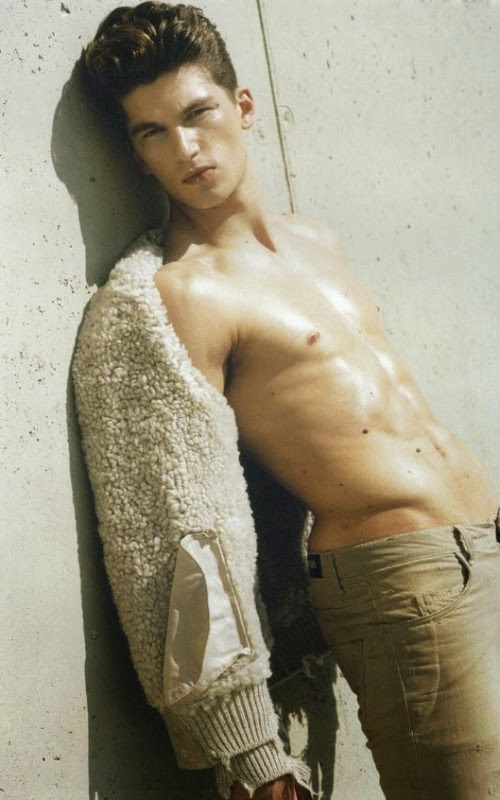 Sophie B. Hawkins lit up the pop music charts in 1992 with her hit "Damn I Wish I Was Your Lover" and I was saying the same thing when I saw Italian skater Matteo Guarise's modelling shots. The 2008 World Roller Skating Champion with partner Sara Venerucci, Guarise made the transition to the ice and with partner Nicole Della Monica has won medals at international events like the the Ondrej Nepela Memorial and Winter Universiade in addition to representing Italy at the World Championships and Sochi Olympics. Like many attractive male skaters before him like John Zimmerman and Fedor Andreev, this hottypants decided to show off what his mama gave him (well, almost) and take on a modelling career, appearing in Hercules magazine and various other projects. I'm never opposed to a little eye candy and I don't know about you, but Matteo Guarise's modelling photos leave me saying "daaaaamn"! 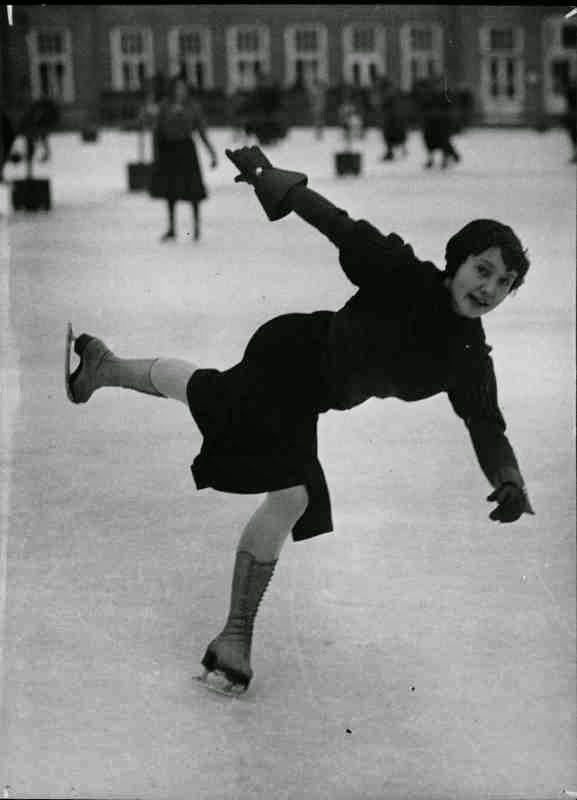 Hilde Holovsky rose the top of the figure skating world and then tragically passed away at the age of fourteen. Bursting on the scene in 1931, Hilde won the bronze medal at that year's European Championships and then improved upon that finish with a silver medal right behind Sonja Henie at the World Championships. The young Austrian skater appeared poised to go toe to toe with Henie in the years to come but after winning the Austrian title and finishing fourth at the European Championships the following season, the diminutive skater was unable to continue on to either the 1932 Winter Olympics or World Championships as finances did not permit her to continue on. She did return in 1933 though and again stood on the podium at that year's World Championships. What made Hilde's career so fascinating though was that not only was she this young prodigy of a figure skater, she was an excellent speed skater as well. On January 18, 1930, Holovsky won a junior speed skating event in Austria at the age TWELVE and at fourteen on February 2, 1932, she set the bar high with Austria's first women's record in speed skating, skating the 500 meter race with a time of 0:58.2. Sadly, the 1933 World Championships would prove to be the young skater's last shining moment on the ice. She passed away suddenly of appendicitis on July 3, 1933.

I don't know about you, but I think American Dad is hilarious. I'm just in love with Roger the alien and can't help but crack up when I think about the scene where he was trying to help Francine get backstage at a rock concert and (in one of his many female disguises) flirted with a bouncer by saying "my name's Abbey... Abbey Road... and when it snows I need to get plowed." He's just too much. What you may not remember though is American Dad's 2006 episode "Of Ice And Men" when Francine learns her husband Stan's shocking secret he's managed to keep from her for twenty years: he's been figure skating behind her back... and he's damn good at it! The off ice couple eventually become an on ice one and in typical Seth MacFarlane fashion, hilarity ensues. You can watch the entire episode online at VideoWeed. 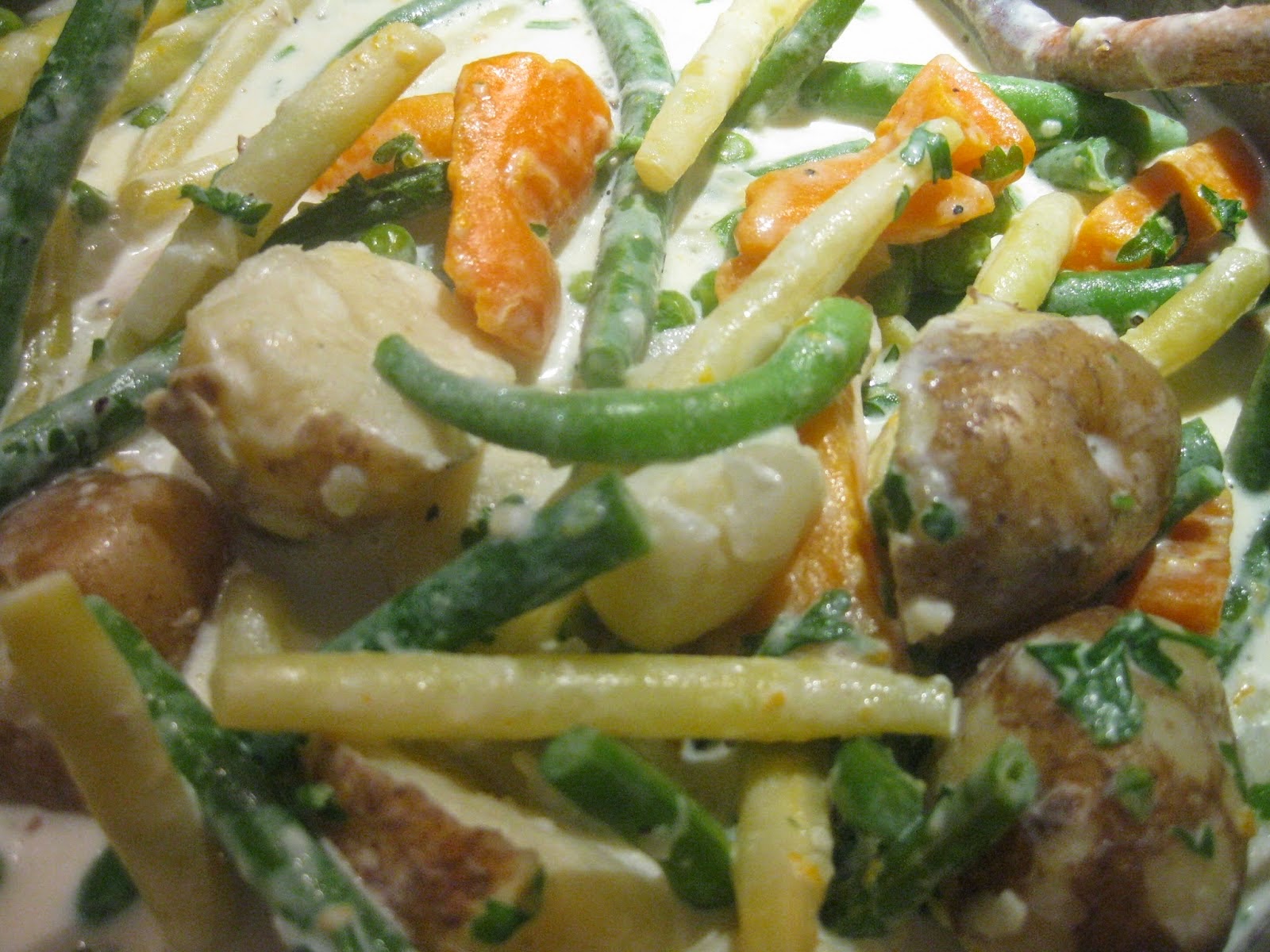 Sop up what's left with some nice hearty bread and be sure to double or triple up so that you have leftovers... this is always better the second day! This recipe is for 4-6 people:

Ingredients (fresh from a farmer's market or garden):

10-12 new potatoes – scrubbed/not peeled, and halved – quarter any large potatoes, and don't cut the small ones – you want the potato pieces to be about the same size
2-3 cups chopped new carrots – scrubbed/not peeled, cut into bite sized pieces (you can peel them if you like)
1 cup chopped yellow beans – 1 inch long pieces
1 cup chopped green beans – 1 inch long pieces
1 cup shelled pod peas – you want just the peas, not the pods
1.5 cups cream
1/4 – 1/2 cup butter
salt and pepper to taste

1. Fill a large, heavy pot about halfway with water, and salt lightly (about 1/2 teaspoon of salt). Bring to a boil.
2. Add the potatoes to the boiling water. Cook for about seven minutes.
3. Add the carrots to the pot, and continue cooking for about seven minutes.
4. Next add the yellow and green beans to the pot, and continue cooking for about five minutes.
5. Finally, add the peas, and continue cooking for about three minutes.
6. Drain off most of the water – leave about an inch of water (no more) in the bottom of the pot with the vegetables. Return the pot to the stove, and reduce burner heat to low. Add the cream and butter, and some salt and pepper (I start with a 1/4 teaspoon of each).
7. Gently stir to combine, allowing the the blend and butter to heat through. As you’re stirring, the potatoes might break up a bit. As the the blend and butter heat through, the broth may begin to thicken. This is normal. Don’t allow the mixture to boil.
8. Once the mixture has heated through, it is ready to serve. Season with a little salt and pepper to taste. Serve with bread.

But WAIT... there's more! If you call within the next thirty minutes, we'll throw in this link to the blog's Facebook page, which has news, features and videos that aren't on the blog for the low, low price of free. I write this blog because I believe in great skating - artistic skating - and want to share stories about the sport's history, it's amazing skaters and areas of the sport you may not know enough about with as big of an audience as I can. All you have to do is "LIKE" it: http://www.facebook.com/SkateGuard. If you get ten friends to like, I'll throw in a big hug. And if you get one hundred friends, let's just as I'm "that kind of girl". You can also follow all of the fun along on Twitter at http://twitter.com/SkateGuardBlog.
Posted by Skate Guard Blog at November 11, 2014
Email ThisBlogThis!Share to TwitterShare to FacebookShare to Pinterest
Newer Post Older Post Home