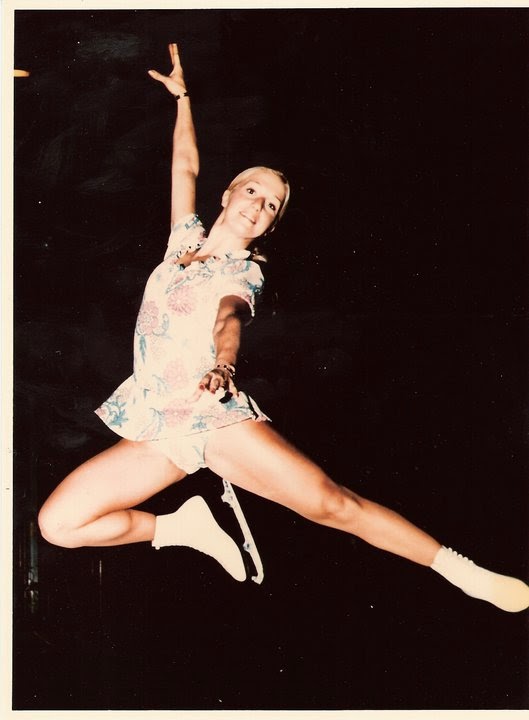 When we think of ladies figure skating in the early seventies, several names obviously come to mind... Olympic Gold Medallists Trixi Schuba and Dorothy Hamill, World Champions Karen Magnussen, Gaby Seyfert and Christine Stüber-Errath and U.S. Champion Janet Lynn among them. However, another very talented ladies skater from Great Britain was also very much in the mix at that time as well. In 1973, Jean Scott Brennan won the silver medal at the European Figure Skating Championships in Cologne, West Germany and twice she finished in the top five at the World Championships. Also a two time British Champion, her story of overcoming injury to find success is an inspiration and her years of dedication to the sport as a coach have helped pave the way for a future generation of skaters in England to become their very best. It was my pleasure to speak with Jean about her competitive career, overcoming injuries sustained in a car accident to go on and win a European medal, coaching and much more in this fabulous interview:

Q: You had such an impressive skating career, winning two British titles, the European silver medal in 1973, medals at both Skate Canada and the Richmond Trophy and competing at the 1972 Winter Olympics and three World Championships. Looking back on it all now, what are your proudest moments or most special memories from your "amateur" career?

A: My proudest moments were representing Great Britain in the Europeans and Worlds and competing in the 1972 Olympics. Also, winning back my British title. 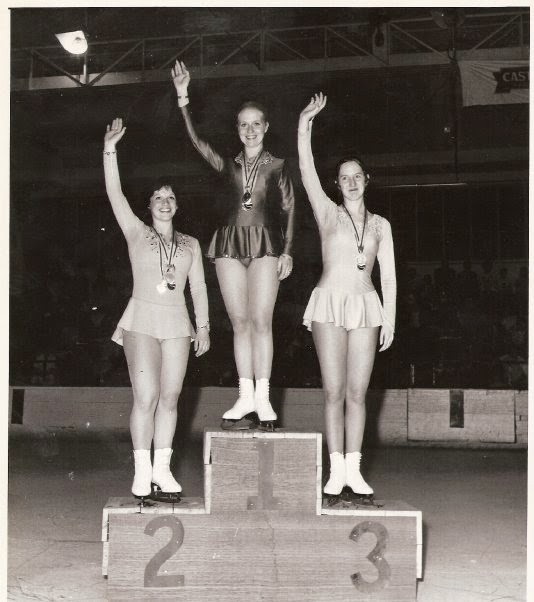 A: I became friendly with Janet Lynn. She is such a lovely and sincere person. Karen Magnussen was really nice to me too but her mother gave Janet such a hard time! Christine Errath and Karin Iten were also very nice,. Yes, there was quite a bit of rivalry even then but thankfully I was never involved. 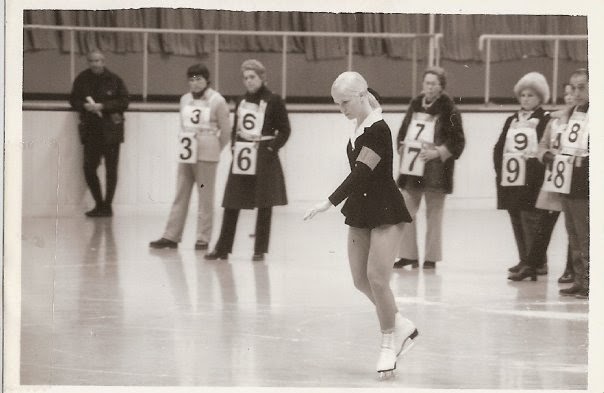 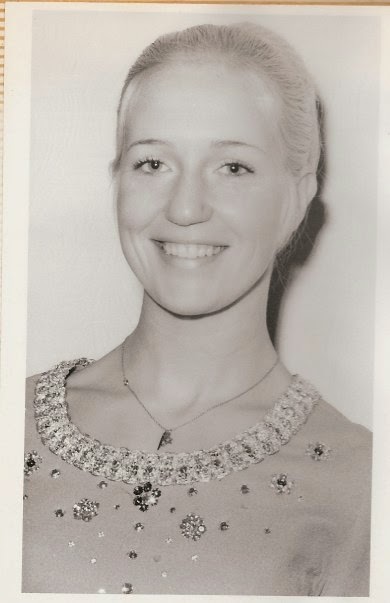 Q: In 1972, after finishing sixth at the World Championships, you were actual involved in a serious car accident where you suffered both arm and leg injuries and really had to fight your way back into the physical condition you needed to be in. What can you share about this whole experience?

A: After my car accident, it was so difficult as I was told to stay off the ice for about three months. I was naughty and I didn't obey the orders although I concentrated mainly on figures as my upper arm had forty eight stitches inserted and was likely to burst open if I had fallen on it. The concentration both my coach (Margaret Vernal) and I gave to my figures paid off and we reaped the rewards afterwards.

Q: When you won the British ladies title in 1974, John Curry won the men's title. What are your memories of John both as a skater and as a person?

A: My second British title was actually in December 1973 after winning silver in Europeans and fifth in Worlds that year. I was very fond of John Curry. He and I became very close when we competed; he was a massive fan of my coach and my mother who just doted on him. John actually asked Frau (my pet name for my coach) to coach him in Sapporo as John Pierce was the team coach and with Haig (Oundjian) being his pupil also competing, I think John was a little concerned. 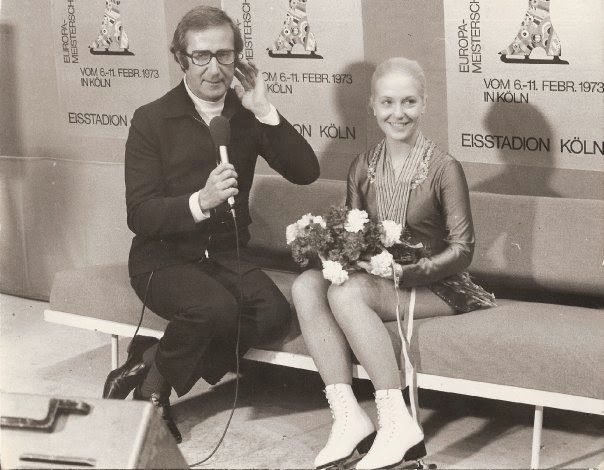 Q: After you retired from competitive skating in 1974, you turned to coaching and coached at the Magnum rink for twenty five years and earned the British Ice Teachers Association Coach Of The Year Award in 2002. What is your coaching philosophy and what is the biggest lesson that your skaters have taught YOU?

A: Coaching taught me lots of things including how temperaments differ and having to adjust technique to achieve the best from a pupil. When I was training a lot of the time I was on my own after various rinks closed in Scotland and Frau had a young family so it was at weekends when I had most of my lessons but because I had to think for myself it helped me a great deal when it came to coaching.

Q: This year, you were one of the baton holders as The Queen's baton made its journey from India to Scotland through seventy nations as part of the Queen's Baton Relay for the Commonwealth Games in Glasgow. What did the experience mean to you?

A: When I was selected as a baton bearer I was dreading it but it was a wonderful experience! I had so much support from family, friends, neighbours and ex-pupils.

A: My favourite skaters in the past are John Curry for his grace and great technique and Janet Lynn for much the same as John. She was so lovely to watch even just skating around the rink without the jumps or spins. Katarina Witt, not for technique but for her all around personality. 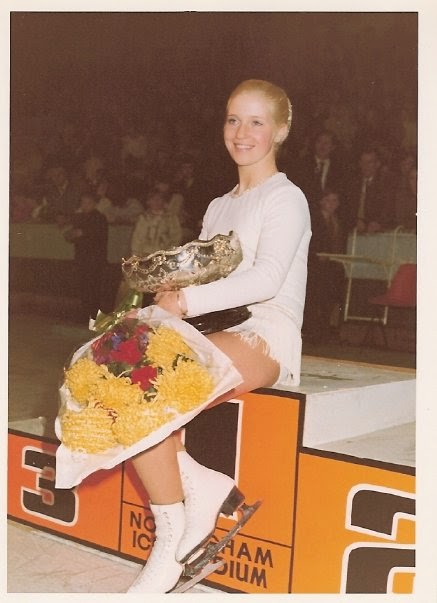 A: Most people who have got to know me are surprised at my lack of confidence. Even today, I'm quite a shy person although I tried very hard to hide that when competing.

Q: When you look back on all of your experiences and a life dedicated to skating... would you do it all again?

A: Yes, if I had my time again I would do it all again... but hopefully with more confidence.

Skate Guard is a blog dedicated to preserving the rich, colourful and fascinating history of figure skating. Over ten years, the blog has featured over a thousand free articles covering all aspects of the sport's history, as well as four compelling in-depth features. To read the latest articles, follow the blog on Facebook, Twitter, Pinterest and YouTube. If you enjoy Skate Guard, please show your support for this archive by ordering a copy of the figure skating reference books "The Almanac of Canadian Figure Skating", "Technical Merit: A History of Figure Skating Jumps" and "A Bibliography of Figure Skating": https://skateguard1.blogspot.com/p/buy-book.html.
Posted by Skate Guard Blog at December 17, 2014
Email ThisBlogThis!Share to TwitterShare to FacebookShare to Pinterest
Newer Post Older Post Home