Cornelius And The Wolves 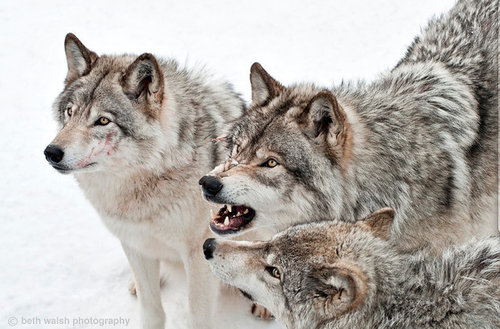 If you're an animal lover like I am, this tale might leave you a little squeamish. Don't say I didn't warn you! Ralph Lefevre's 1903 book ""History of New Paltz, New York and its old families (from 1678 to 1820) including the Huguenot pioneers and others who settled in New Paltz previous to the revolution" recounts the story of an eighteenth century New York settler named Cornelius Dubois and how he skated for his life... quite literally.

The river in New York that is now known as The Wallkill River has had many names. The indigenous people of the area called it the Twischsawkin and European settlers called it the Palse River after the New Paltz area but when settlers travelled the river all the way down to the area which Dutch settlers called the Waal after the Waal River (a branch of The Rhine), they realized it was bigger than originally believed and it became known as the Wallkill. At any rate, parts of the river were often used for skating both for pleasure and transportation and the area was, as you might expect back in the eighteenth century, a little more wild than it is today. 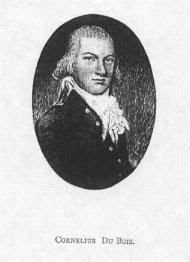 Lefevre explained that "Wolves and bears were quite numerous, especially on the west side of the Wallkill. Cornelius (Dubois), the youngest of the name, brother of Josiah (Dubois) of Poughwoughtenonk, had a narrow escape from being killed by wolves. He was skating on the Wallkill. alone, when two wolves came out of a pine, on the east side of the Wallkill, near Libertyville, and chased him. By skating he kept ahead of them, but growing tired he bethought himself of the dogs at a neighbouring house, near the stream." I don't know about you, but the idea of trying to outskate a pack of angry wolves doesn't sound like my idea of a nice afternoon on the ice.

Here's where things in Cornelius' encounter with the wolves on the ice take a sad turn. Lefevre explains that "he whistled to the dogs. They came and fought with the wolves. The dogs were killed, but Mr. DuBois escaped with his life." I'm not quite sure if that's a happy ending or not. It certainly was for Cornelius but for the wolves? Not so much. The moral of the story: "If you go out in the woods today, you might be in for a big surprise... and you better skate fast because it might be a good one!" One thing's for sure, he's lucky he didn't find grandmother's house and there wasn't another one inside.

In order for this blog to reach a wider audience, I could sure use a little help. All you have to do is "LIKE" the blog's Facebook page at http://www.facebook.com/SkateGuard for instant access to all of the new blog articles, features and interviews as they are made available. I also share daily updates and headlines from the skating world, videos and much more that's not here on the blog, so if you love figure skating as much I do, it would really be rude not to get on that inside edge! You can also follow all of the fun along on Twitter at http://twitter.com/SkateGuardBlog. If you know someone who loves skating, tell them! It's all about getting a dialogue going on! Fabulous skating is too fabulous to keep secret. Am I right or am I right?
Posted by Skate Guard Blog at February 10, 2015
Email ThisBlogThis!Share to TwitterShare to FacebookShare to Pinterest
Newer Post Older Post Home