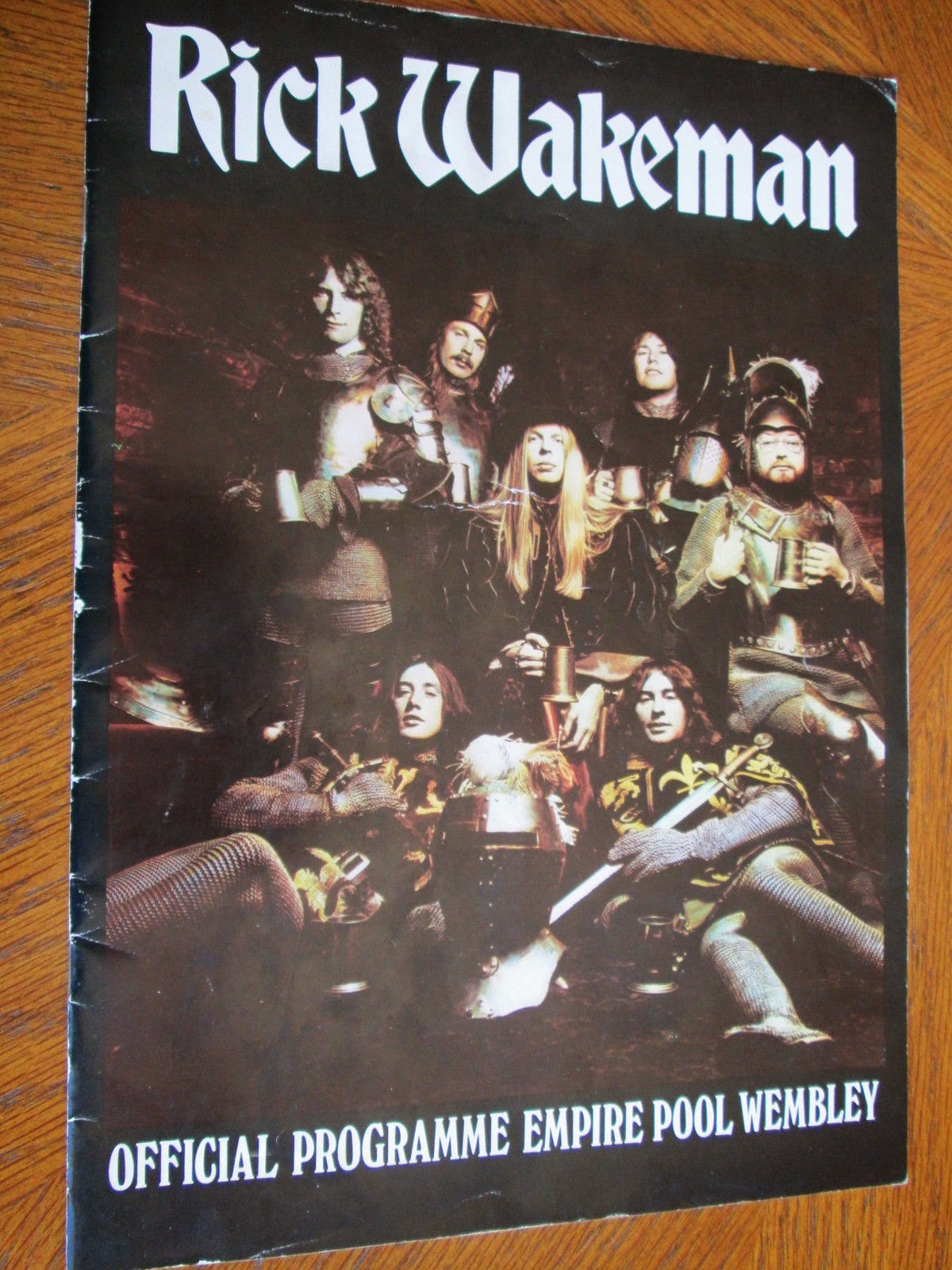 In 1975, Rick Wakeman (the former keyboardist for the progressive rock group Yes) took on the challenge of a lifetime in creating King Arthur On Ice, an ice show designed to complement his second studio album "The Myths and Legends of King Arthur and the Knights of the Round Table". The show was performed to three sold out audiences (at a financial loss) at Wembley Arena in London, received some of the worst reviews in figure skating history and was even brought to light on VH1's "100 Most Shocking Moments In Rock & Roll" feature.

Wakeman spoke about the show in a 2008 interview with The Observer: "Management wanted to put Myths and Legends of King Arthur and his Knights of the Round Table shows on at the Albert Hall. I wanted Wembley, but as there was this big ice show happening a week or so later, they told me it was impossible. I was fuming, so I told Melody Maker I was going to perform King Arthur, at Wembley, on ice! They made it a big story, so there was no going back. I put in my own money, which gave me total control, and I wanted the best. The skaters were flown in from around the world. We put together a huge cast. I had a 45-piece orchestra, 48 singers in two choirs, 50 skaters, 50 knights, a seven-piece band, a narrator and heaven knows what else. It was fun, but it wasn't without its problems. One night, as soon as I walked on, my cape got caught on one of the elevated keyboards, and I was left hanging in mid-air. I had to go off, dazed, trying to negotiate the ice. Then there was the dry ice, which was hard to control on that scale. On the first night, it was hovering nicely at knight level, then we noticed it rising. No one was able to turn the machines off, and by the end of 'Lady of the Lake', the dancing Guinevere had disappeared completely. So had the lower tier of the orchestra and the first tier of the auditorium. It was like looking out of an aeroplane window. Then there was the night the knight committed suicide. In the final battle, there were 25 knights opposite each other, poised to simultaneously kill each other and disappear into dry ice. On the last night, one of the knights was ill. 'Doesn't matter,' I said. 'There are loads of knights.' But, of course, when we finished the piece, there was one knight looking around for someone to kill him. The conductor looked at me helplessly. But this guy was brilliant. He wandered aimlessly, then had a stroke of genius and committed suicide. Pure entertainment!"

Not being a huge fan of MOST of these live music/skating variety shows that we are presented with on network television instead of professional competitions and shows anyway, you might say I was a bit biased before ever even watching the clips of King Arthur On Ice at Wembley. I really, really tried here. While I have to admire Wakeman's creative vision, the skating was hokey, the live music completely uncomplimentary to the King Arthur storyboard and the whole thing just stunk of a bad acid trip in my humble opinion. The skating stars - Australian Champion Reg Park and two time British Champion and Olympian Patricia Pauley - were kind of doomed by the concept of the show in the sense I don't think any jump, spin or choreography they could have come up with would have made this look any less chaotic. Strangely enough, a recording of the show was broadcast with subtitles on Japanese television on May 30, 1975. I can only imagine what the subtitles said! Unfortunately, this show kind of lives on as an example of a big idea that just didn't get executed in a marketable way and it's fascinating to me that in reading interviews with Wakeman as recent as this year, it appears he still wants another shot to put together this show again with a cast of current Olympic ice skaters. As much as I hate to be critical, I don't think the failure of this show had as much to do with the skating or staging as the musical soundtrack and vision itself. You do have to admire Wakeman's dedication to the idea though.

In order for this blog to reach a wider audience, I could sure use a little help. All you have to do is "LIKE" the blog's Facebook page at http://www.facebook.com/SkateGuard for instant access to all of the new blog articles, features and interviews as they are made available. I also share daily updates and headlines from the skating world, videos and much more that's not here on the blog, so if you love figure skating as much I do, it would really be rude not to get on that inside edge! You can also follow all of the fun along on Twitter at http://twitter.com/SkateGuardBlog. If you know someone who loves skating, tell them! It's all about getting a dialogue going on!
Posted by Skate Guard Blog at February 21, 2015
Email ThisBlogThis!Share to TwitterShare to FacebookShare to Pinterest
Newer Post Older Post Home