Journey From The Past: Skating With The Romanov Family 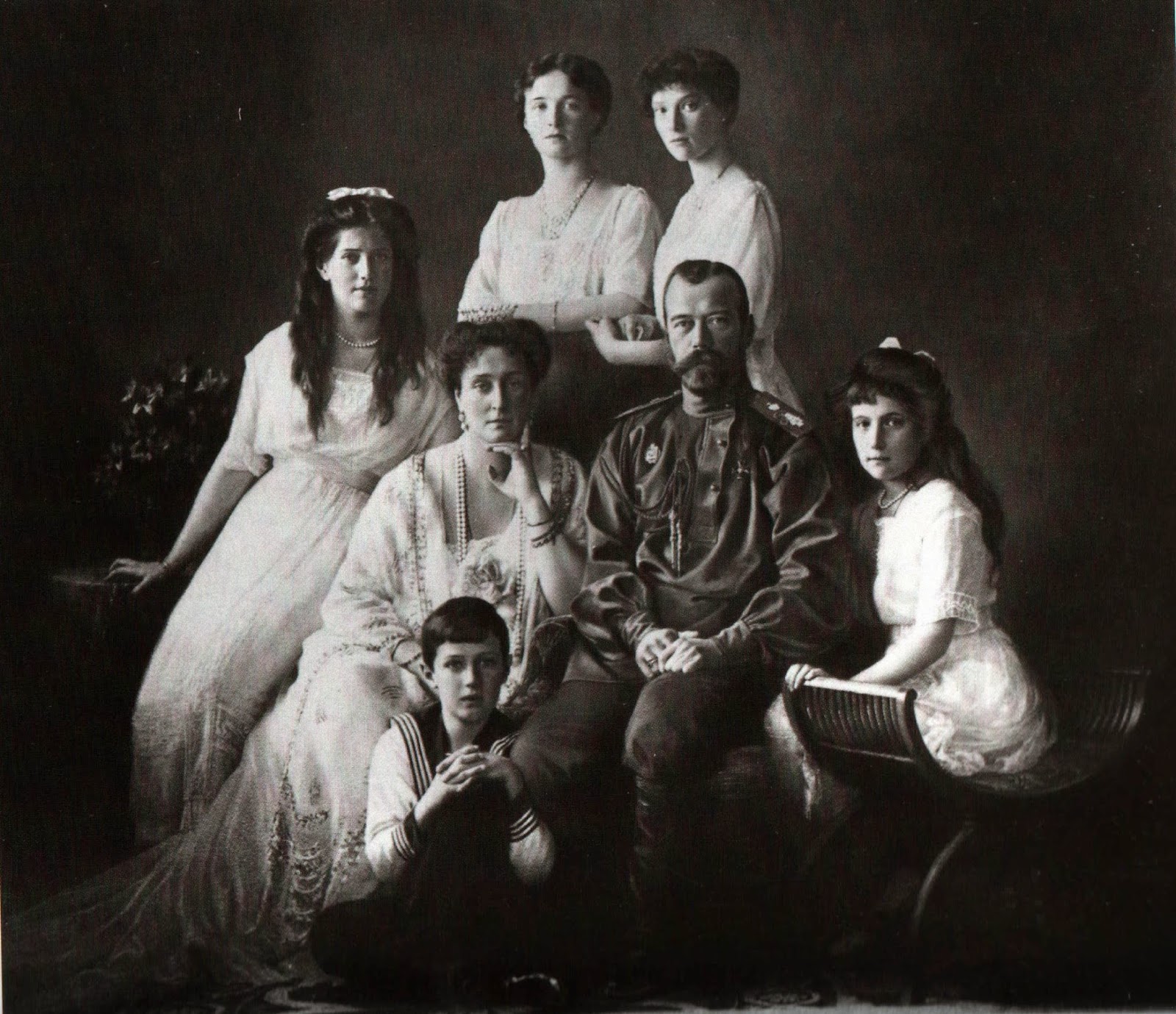 The 1997 film Anastasia was loosely based on the "legend" that Grand Duchess Anastasia Nikolaevna of Russia, the youngest daughter of Tsar Nicholas II and Tsarina Alexandra Fyodorovna (former Alix Of Hesse), in fact survived the execution of her family. I use the words "legend" in quotation as that's always going to be a hotly debated topic - look at the case of a woman who went by the name Anna Anderson who purported to be Grand Duchess Anastasia until her death in 1984. Following an exhumation and DNA testing ten years after Anderson's death, it is now widely believed by scientists and historians alike that Anderson wasn't Anastasia (or Anderson for that matter) after all but instead Franziska Schanzkowska, a Polish factory worker with a history of mental illness. At any rate, the 1997 film, the "legend" of Anna Anderson and the 1918 grisly execution of the entire Romanov family (the last sovereign rulers of Imperial Russia) have remained stories that have kept the Russia Imperial Family in our collective cultural consciousness well into the twenty first century.

Preceeding Tsar Nicholas II as Russia's imperial ruler was Tsar Alexander III, the son of Tsar Alexander II. Like Nicholas II, Alexander II was also assassinated while in power. What does this all have to do with skating you ask? I'm getting there. On March 13, 1881, Tsar Alexander II attended a parade at the Michael Riding School and then visited his cousin Grand Duchess Catherine Michaelovna. Warned by his wife Empress Maria Alexandrovna not to follow his usual route home because of possible terrorist attacks, Alexander II took a different route but unfortunately the conspirators aiming to end his life caught on and changed their plans. The blog Unofficial Royalty explains that "Alexander II was riding in a bomb proof carriage, a gift from Emperor Napoleon III of France. As the carriage turned on to the Catherine Canal Embankment, a bomb was thrown. The carriage was damaged and several onlookers were wounded, but the tsar was unharmed. Next, Alexander II made the mistake that cost him his life. Unaware that another conspirator was leaning against a railing about six feet away, he left the carriage to inspect the damage and check on the wounded people, and a bomb was thrown directly between the tsar’s legs. The noise from the bomb was deafening, smoke filled the air, wounded people were screaming, and the snow was drenched with blood. When the smoke cleared, Tsar Alexander II lay mortally wounded, his legs crushed and torn from the blast of the bomb. Alexander asked to be taken to the Winter Palace so he could die there."

Still no skating? What up with that? Grab yourself a cocktail. I'm getting there sweetie. The Russian Imperial Family all poured in - in a state of shock and horror - at the Emperor's deathbed. Among those in the room was Princess Dagmar of Denmark (Nicholas II's daughter in the law), the wife of Alexander III. Dagmar was still wearing her skating costume and carrying her ice skates as she had been planning to go ice skating. After the Tsar Alexander II's tragic death, Alexander III would succeed his father and Dagmar would become Russia's new Empress. Dagmar was actually quite fond of ice skating and dancing and would take to the ice socially quite often. She also enjoyed riding and hunting which socially would have caused quite a stir at the time. It's also quite interesting to note that Dagmar wasn't the only Russian royal for whom ice skating would play an important role in their story: Alexandra Fyodorovna (former Alix Of Hesse) and Tsar Nicholas II went ice skating during the 1889 visit of Alix to St. Petersburg and it was this ice skating date that sealed the deal for the couple. Interestingly, their icy union was heavily opposed by Queen Victoria, who almost lost her beloved Prince Albert in a skating mishap over forty years previous. Was the real reason for Victoria's disapproval that she didn't like Alix going to Russia or had ice skating left a superstitious bad omen in the Queen's mouth? In the end, it didn't matter. Nicholas II and Alix married and passed on their love of skating to a third generation of Russian royals. Grand Duchesses Anastasia and Olga took to the ice themselves!

Less than twenty years after the execution of the Romanov family, Juri Scheljabuschski would release "Katok", a crudely animated but absolutely delightful Berlinale film that no doubt drummed up interest in ice skating amongst the Soviet people in between World War I and II. The Soviet Championships in figure skating had only been held beginning in 1920, and during that period, skaters like pairs team Maria Laskevich and Igor Vonzblein, Yuri Zel'dovich, Ivan Bogoyavlenski and Tatiana (Granatkina) Tolmachevawould hold court in skating circles. I like to think that the Romanov family that met their tragic end and the imperial rulers that preceeded them would look down on these pioneers of figure skating in their country and smile. The Soviet and Russian stronghold in skating all started somewhere... and perhaps in some small way it was all inspired by a country looking up to the example of their leadership.

Skate Guard is a blog dedicated to preserving the rich, colourful and fascinating history of figure skating and archives hundreds of compelling features and interviews in a searchable format for readers worldwide. Though there never has been nor will there be a charge for access to these resources, you taking the time to 'like' on the blog's Facebook page at http://www.facebook.com/SkateGuard would be so very much appreciated. Already 'liking'? Consider sharing this feature for others via social media. It would make all the difference in the blog reaching a wider audience. Have a question or comment regarding anything you have read here or have a suggestion for a topic related to figure skating history you would like to see covered? I'd love to hear from you! Learn the many ways you can reach out at http://skateguard1.blogspot.ca/p/contact.html.
Posted by Skate Guard Blog at March 11, 2015
Email ThisBlogThis!Share to TwitterShare to FacebookShare to Pinterest
Newer Post Older Post Home