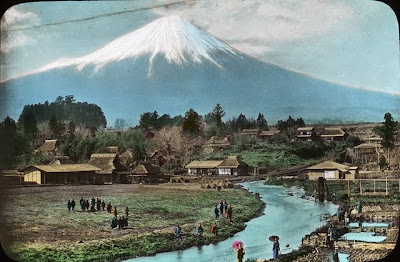 With the World Team Trophy in Tokyo this weekend and Yuzuru Hanyu and his Winnie The Pooh plush toys in full force, I couldn't think of a more fitting time to share a look back at an early history of figure skating in Japan.

Although evidence exists from 1804 of explorer and cartographer Kondo Morishige publishing a depiction of a reindeer pulling an Ainu man on primitive skates, Japan's humble beginnings in actual figure skating seem to trace back to the late nineteenth and early twentieth centuries. In February of 1877, one of the earliest visitors - American agricultural scientist William Penn Brooks - was assigned to work as a foreign advisor during the colonization project for Hokkaidō. He astounded locals by ice skating on a frozen creek at the Sapporo Agricultural College. Many of those who saw him were in shock as they had never even seen skates before. When skaters from America and Germany came to the country and imparted some knowledge to high school and college students in the subsequent decades, skating slowly started to catch on. A translated copy of one of George Henry Browne's books also made its rounds during this period. Organized Japanese skating clubs only really began in the early twenties, but the instructors relied heavily on these translated texts rather than their own experience.

In September of 1931, Japan's Kwantung Army invaded the Manchuria and established a puppet state called Manchukuo. Their occupation lasted until the end of World War II, and it could very well be during this era that Japanese skating blossomed. The Manchukuo National Physical Education Association was established in 1932 to promote sport and in his book "A Companion To Japanese History", William M. Tsutsui writes that "Kobayashi Hideo hints at the role of Manchuria, for example, in popularizing ice skating in Japan and nurturing some of the nation's early international competitors."

That's not to say people weren't skating in Japan before the Manchu people helped popularize and support the sport. The Japan Skating Federation was formed in 1929 to serve as a governing body for both figure and speed skating. In Maribel Vinson Owen's 1938 "Primer Of Figure Skating Book", making a case for written instruction in figure skating, then-USFSA President and former U.S. Ice Dance Champion Joseph Savage wrote "that figure skaters can learn in this manner was ably demonstrated by the Japanese 1932 Olympic Figure Skating team who had to learn skating from the written word" suggesting Japanese skaters of the era received written instruction on elite level skating during the era. 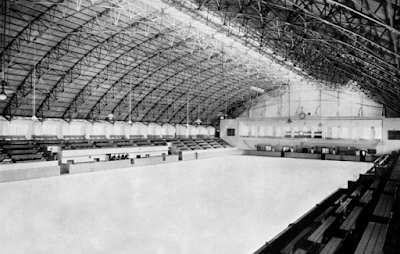 
Etsuko Inada would be the first female Japanese skater to compete internationally in 1936 when she competed at the European Championships, Olympic Games and World Championships and placed in the top ten at all three. At twelve, she was the youngest and smallest of all of the competitors at the 1936 Winter Games in Germany and was quite popular among the other athletes. The next Olympics were scheduled to be held in Sapporo, Japan and were cancelled due to World War II, but that or even World War II didn't end the skater's journey on the ice. As Japan and Germany were not invited to participate in the 1948 Winter Olympics in Switzerland, yet another precious chance for Olympic glory passed Inada by. She returned to competition in her late twenties in 1951 after many years away and reclaimed her national title in 1951 right before the 1952 Oslo Games but ultimately didn't make it to Oslo to compete. Inada turned to coaching students at the Jingu skating rink in front of the Prince Chichibu Memorial Sports Museum and coached several Japanese Champions including Junko Ueno and Miwa Fukuhara. Later in life, Inada opened a fashion boutique in Tokyo and she passed away of stomach cancer in 2003 in Chiba. 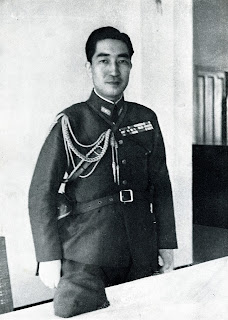 A central figure in Japanese skating in the post-War era was the second and last heir of the Takeda-no-miya branch of the Japanese Imperial Family, Prince Tsuneyoshi Takeda. He came President of the Japan Skating Association in 1948 and held the position until 1985. ISU historian Benjamin T. Wright recalled, "He was regularly in attendance at Congresses and Championships around the World, constantly working for Japanese skating. He arranged for exhibition tours in Japan in 1953 and 1958 of some of the leading champions of the day as a means of introducing top level skating to the Japanese, and well remembered also is the comprehensive filming program which was a hallmark of the young Japanese team which came to Colorado in 1957. The pre-eminent position of the Japan Skating Federation... can be said in a large measure to be Prince Takeda's legacy to his nation and its sports." 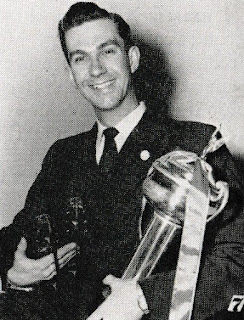 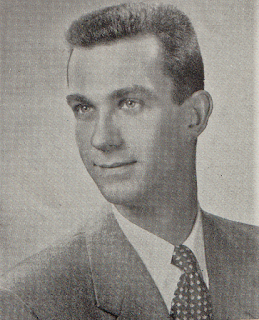 In the early fifties, an American Private from St. Louis named Jack B. Jost won the Japanese men's title. Nami Yasufuku at the Nagoya University Library found a March 12, 1953 article in the Asahi shinbun newspaper which stated that Jost (listed as Jack B. Johnston in error) "had won the U.S. Championship of pair skating. He was affiliated with Kyoto skating club at 1952/1953. Other players came short of the pass mark to compete the championship and only he got score over 4.0. He was the first foreigner to win the Japan Figure Skating Championships." With Caryl Johns, Jost was a Silver (junior) ice dance champion and a pairs competitor at the 1952 World Championships in Paris, France.

Four years after Johnston's win, a young man named Nobuo Sato would go on to dominate Japanese figure skating for a decade, winning ten consecutive Japanese titles and competing at two Winter Olympics and six World Championships. He would finish as high as fourth in a field of twenty at the 1965 World Championships in Colorado Springs. After retiring from competition, Sato married two time Japanese ladies champion Kumiko Okawa and the couple had a pretty talented daughter you might have heard of... I don't know... Yuka Sato? Ring a bell? Mr. Sato was inducted into the World Figure Skating Hall Of Fame and has coached a who's who of skaters including his daughter Yuka, Mao Asada, Miki Ando, Lucinda Ruh, Takahiko Kozuka, Fumie Suguri and Yukari Nakano. He's seen generations of skaters come and go including the reign of arguably Japan's most famous and well known skater Midori Ito. On Ito, Mr. Sato said in a 1989 edition of Asiaweek: "Ito was born with talent that can't be learned through training."

Whether through natural talent like Ito's or success achieved through arduous work on the ice like most skaters, Japan's skating community has continued to prosper under Sato's watchful eye and today Japan stands as one of the sport's superpowers with its first Olympic gold medals in history earned by Shizuka Arakawa and Yuzuru Hanyu within the past decade. The country continues to pump out talented athletes like nobody's business and you know what? That's really not bad for a country that certainly gave the rest of the world a thirty plus year head start when the competitive skating boom all began, now is it?

Skate Guard is a blog dedicated to preserving the rich, colourful and fascinating history of figure skating and archives hundreds of compelling features and interviews in a searchable format for readers worldwide. Though there never has been nor will there be a charge for access to these resources, you taking the time to 'like' on the blog's Facebook page at http://www.facebook.com/SkateGuard would be so very much appreciated. Already 'liking'? Consider sharing this feature for others via social media. It would make all the difference in the blog reaching a wider audience. Have a question or comment regarding anything you have read here or have a suggestion for a topic related to figure skating history you would like to see covered? I'd love to hear from you! Learn the many ways you can reach out at http://skateguard1.blogspot.ca/p/contact.html.
Posted by Skate Guard Blog at April 17, 2015
Email ThisBlogThis!Share to TwitterShare to FacebookShare to Pinterest
Newer Post Older Post Home