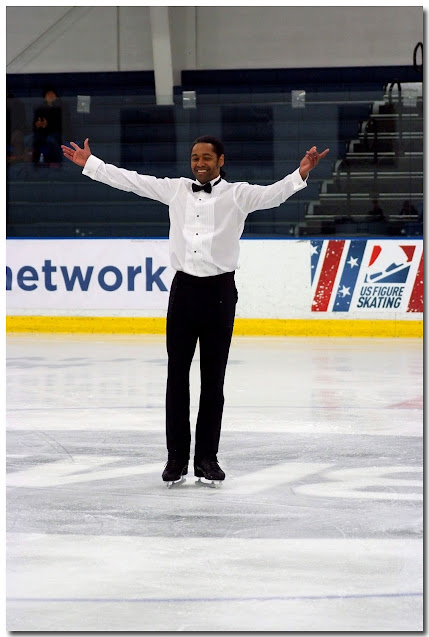 Chicago's Larry Holliday has been a fixture in competitive skating in the U.S. since his first trip to the U.S. Championships in 1982, where he finished fifth in the novice men's event behind a twelve year old Rudy Galindo. Since then, he's competed professionally and at eleven U.S. Adult Championships, maintaining a high standard and actually becoming a BETTER skater as he got older. It was a treat to have chance to speak with him about his experiences in "amateur", professional and adult competitions, talk a little about his fascinating journey and his favourite skaters and even glean some wonderful advice for adult skaters. You're going to love this interview!:

Q: You first competed at the U.S. Championships back in 1982 and continued competing nationally until 1994 despite really facing some serious challenges in terms of being able to fund your training expenses. Looking back now, what are your most special memories from that chapter in life and moments were the most truly difficult?

A: Special memories from my standard track competitive days are many but I would have to say meeting all of the skaters throughout the nation on my various travels would be high on the list. Taking a solo road trip to Lake Arrowhead, California from Chicago back in June 1987 was also a highlight and working with Robin Cousins that summer was very special. And of course, making the U.S. national team in 1990 and competing at skate Canada. I never put much thought into any of the hardships because I enjoyed the sport so much. I did have many bouts with tendinitis that took me off the ice from time to time, so I guess that would have been my biggest hardship during my earlier years.

Q: You participated in the U.S. Open Challenge Cup back in 1997 and then returned in May for its revival in Minnesota - giving a wonderful performance I might add! What did you think of the new format and why is an event like this (in contrast with adult competitions) something skating needs right now?

A: The new format for the U.S. Open is great and I will use it to perform programs that are daring and out of my comfort zone. The sport needs this format because with it, a skater can be vastly creative. Creativity is what the sport is all about and even though you can be creative at the Adult Championships and standard track events, those events are still limited to very strict rules in order to win. 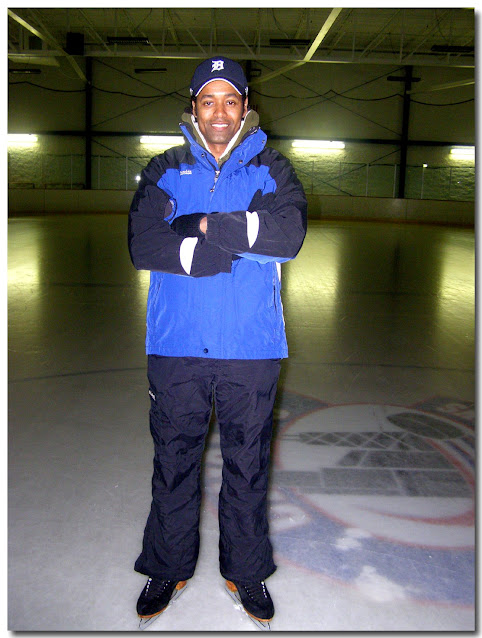 Q: You actually retained your eligibility to start competing at the U.S. Adult Championships back in 2002 and won an incredible six gold medals at that event over a ten year span. In doing so, you really upped the ante technically and helped set a high standard for your competitors to meet by adding triple jumps to your programs. Why did you decide to come back to competitive skating and what has kept you pushing yourself all of these years?

A: I came back to competitive skating because my students at the time pushed me into it! They kept begging me to skate and show them jumps so I got back into shape. I continue on simply for the fact that my body can still do it and I don't want to have any regrets knowing that I could have done more. I also really love the challenge of seeing if I can do it again. Can I land that triple again? Can I win another event again? Can I stand on that podium again? I always believe I can do it. There is also a great variety of music that I have yet to interpret and so I relish the though of doing more programs until I have interpreted every piece of music in existence! I'm tired of thinking about that one!

Q: Do you feel that racism is something you have ever encountered personally as a skater?

A: Racism in skating has never existed for me. Publicly or privately, I never encountered it. Maybe it was behind the scenes but it never stared me in the face. As a kid growing up in Chicago, I went to William B. Ogden School close to downtown Chicago and diversity was great; same with the rinks in the area. I always felt like a part of the skating family all over the country.

Q: When you competed at the 1990 U.S. Championships in Salt Lake City, that was the last year that school figures were on the docket as part of the 'main event'. You've always been known as a very strong free skater and I'm curious to hear what YOUR thoughts were when they were removed from general competition and on their resurgence in popularity today with the World Figure Championships set to take place in August?

A: I was very different from a lot of skaters when it came to figures. I LOVED THEM! I could trace for hours... and I did! I think I was the third to last to skate the figures in Salt Lake in 1990. Paul Wylie was last, but as I left the ice that day, I remember distinctly being sad about it all but also not really caring if we had them or not in competition. I always thought they were a great training tool - probably the best training tool available - but I never thought they should be combined with the free skate. I heard about the World event and was thinking about doing it. I think it's great! Another event for skaters to perform.

Q: In life and skating, who has been your biggest role model?

A: My mother would be my biggest role model. She sacrificed everything so that I could skate! End of story. 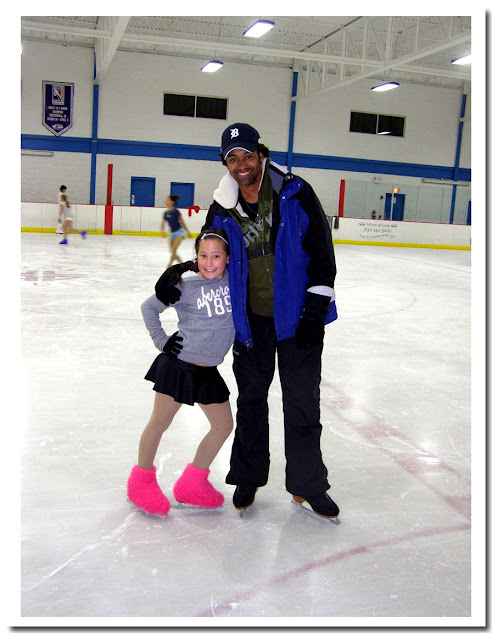 A: Three favourite skaters of all time... Charlie Tickner would be one. I grew up watching that guy and I wanted to skate like him so badly! He was always on and always a great statesman for the sport. Michelle Kwan, simply for the fact of being major consistent. Not an easy task at that level of skating. She also took the time back in 1997 to work with a student of mine and was so generous with her time. Peggy Fleming, because of the simplicity and style in which she performed. Of course, there are many  others, but you asked for three.

A: Most people don't know that if I wasn't a skater, I would have loved to be an astronaut or an astronomer.


Q: If you could give one piece of advice to someone thinking about lacing back up as an adult and getting back into competitive skating, what would it be?

A: A piece of advice if you are lacing up the skates to get back into competition as an adult... What are you waiting for? It's the best thing since apple pie! Also, go slowly, don't rush into anything, easy on the stretching as well. If something hurts - even a little bit - don't push through. Heal and recover. We may be adults but we still have time.

Skate Guard is a blog dedicated to preserving the rich, colourful and fascinating history of figure skating and archives hundreds of compelling features and interviews in a searchable format for readers worldwide. Though there never has been nor will there be a charge for access to these resources, you taking the time to 'like' on the blog's Facebook page at http://www.facebook.com/SkateGuard would be so very much appreciated. Already 'liking'? Consider sharing this feature for others via social media. It would make all the difference in the blog reaching a wider audience. Have a question or comment regarding anything you have read here or have a suggestion for a topic related figure skating history you would like to see covered? I'd love to hear from you! Learn the many ways you can reach out at http://skateguard1.blogspot.ca/p/contact.html.
Posted by Skate Guard Blog at June 20, 2015
Email ThisBlogThis!Share to TwitterShare to FacebookShare to Pinterest
Newer Post Older Post Home