Zsófia Méray-Horváth And The Coffee That Should Have Been Irish 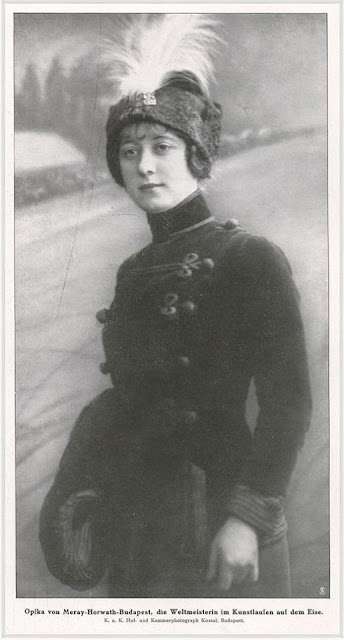 Before we get to the meat and potatoes of today's history lesson, I want to be fair and say that this topic isn't exactly one that hasn't been explored before on the blog. Back in March of 2014, the skater in question was briefly featured in the first of "The Other World Champions" series. Today we're going to go much more in depth than a little biographical stub... and be really easy on this blogger who had to sift through multiple foreign language source materials with a fine tooth comb, a Google translator and a cup of coffee that was not Irish and definitely should have been. 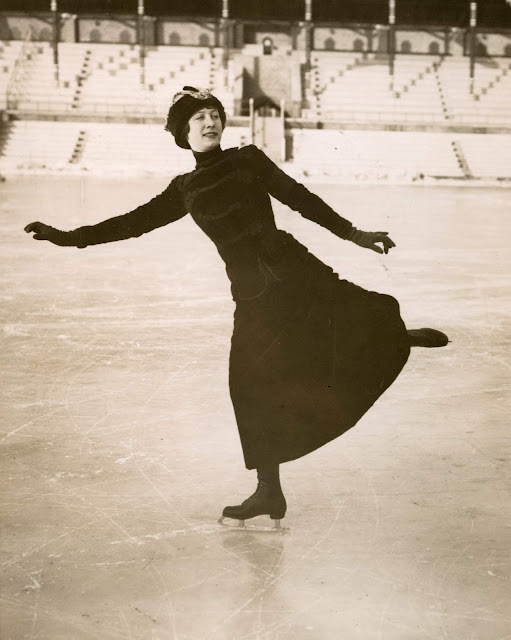 Our story begins in of all places the municipality of Arad in Transylvania (then part of Hungary) four years before the first entry in the journal of Jonathan Harker in Bram Stoker's epic horror novel "Dracula". On December 30, 1889, Zsófia Méray-Horváth was born. Before we get into who she was and her many contributions to skating, I want to first try to explain some confusion surrounding her genealogy and name. In the sixteenth century, a Croatian man from the Horváth family married a woman from the Méray family in Kassa, which is located in the present day Czech Republic but was then a thriving Hungarian city. The names were combined and over two centuries went through many slight variations. However, Zsófia's father Károly opted to revive the combined Méray-Horváth last name. When she started entering international figure skating competitions, the name Zsófia was Germanized to Öpika, the preposition 'von' got added somewhere along the way and Zsófia Méray-Horváth became known in skating circles by the names Öpika von Méray-Horváth, Öpika von Méray and Öpika Méray-Horváth. You have to wonder what she would have liked us to call her, but out of respect for her birth name today I'm going to use Zsófia Méray-Horváth. 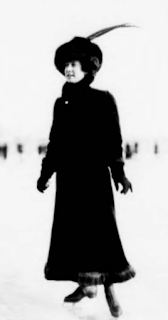 Now that we have all of that confusion cleared up, let's start by talking about her youth and how she got involved in figure skating. Zsófia's father Károly was a prominent - and I mean prominent - sociologist, engineer, editor and writer who was at one point Vice President of the Society of Social Sciences (Társadalomtudományi Társaság) of Hungary. Although obviously a busy man, Károly was by accounts a doting father to his daughter and three sons. 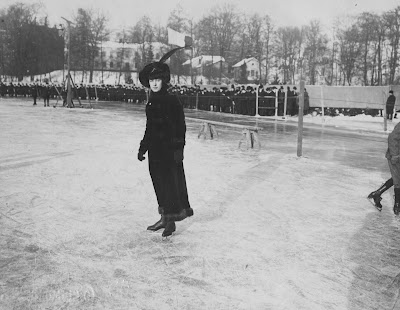 Zsófia started skating - as most skaters did back in those days - outside on ponds in Transylvania and was quickly recognized as someone with clear talent. At the invitation of Mihály Károlyi, Hungary's future Prime Minister. the family did what many skating families still do to this day - packed up and moved! In Budapest, Zsófia became the star skater at the Budapesti Korcsolyázó Egylet (the Budapest Skating Club) and for the first time received real instruction in the sport. 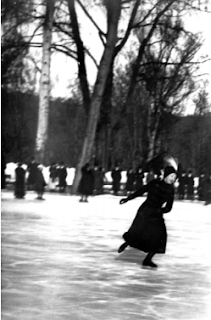 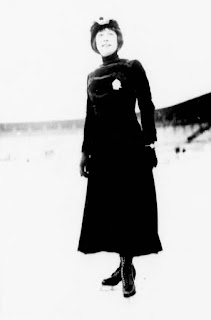 Following in the footsteps of her aristocratic clubmate Lili Kronberger - who was the second female skater to win the World title in 1908 (a feat she repeated in 1909 and 1910), Zsófia travelled to Vienna, Austria in 1911 to compete in her first international competition, the World Championships. She finished second behind Kronberger that year. By the following year, Lili Kronberger had retired from competition and following the advice of Károly, Zsófia's younger brother Lóránd - a motorcycle enthusiast - became an engineering apprentice at Shell in Galicia. Zsófia travelled to Davos, Switzerland as Hungary's only ladies competitor and claimed the gold medal in a field of seven ladies. 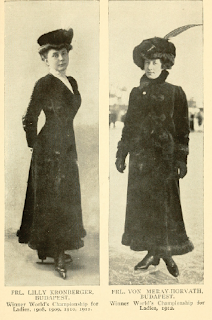 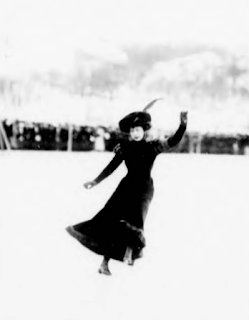 With continued support from Mihály Károlyi, the Budapesti Korcsolyázó Egylet and her family, Zsófia made the trip to Stockholm, Sweden to defend her World title and did so with a considerable lead on her closest challengers, Phyllis Johnson of Great Britain and Sweden's Svea Norén. In an equally convincing fashion, she won her third and final World title in St. Moritz, Switzerland in January 1914 with an almost twenty point lead ahead of Austria's Angela Hanka. Even though she was probably one of the most conservatively dressed of the ladies skaters of that era, Zsófia was criticized in a 1914 issue of "The Sketch: A Journal of Art and Actuality" for her mere 'indecency' in taking part in a sporting event as a (GASP) woman! Give me a break.

At only twenty three, the future seemed bright. When World War I broke out, Berlin's Deutsches Stadion had already been completed in anticipation of the 1916 Summer Olympics. Figure skating was again planned to be included on the roster for a Winter Sports Week held in conjunction with the Summer Games and in 1914, work continued in preparation for the Games. Many thought that the war would not last that long or grow to the scale it did at the onset. As the three time and defending World Champion, Zsófia was the odds on favourite to be the second ladies Olympic Gold Medallist in figure skating. 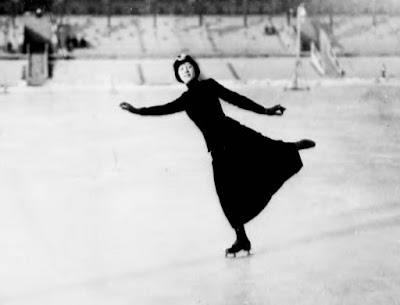 Things didn't work out that way. The World Championships were cancelled from 1915 to 1921 as were the planned 1916 Summer Games. Lóránd left Shell and enlisted in the military. Károly invested all of the family's money into state loans that turned out to be unsafe. The Méray-Horváth family lost every last fillér. In order to support the family and literally put food on the table, Lóránd and his brother Endre opened a small shop called Paraffins that made candles and soaps and barely scraped by. Zsófia married and became known as Madame Scelnar and got a job teaching foreign languages. 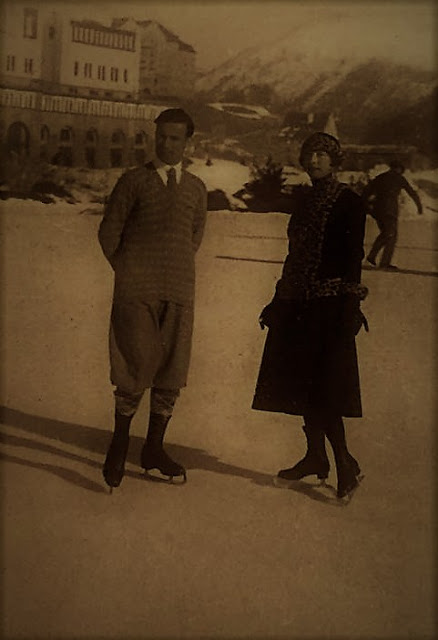 After an extremely rough several years, between Zsófia's teaching job and the brothers shop, the family slowly got back on its feet. Lóránd and Endre later started manufacturing motorbikes and - much like Norwegian skater Johan Peter Lefstad, carved out quite a name for themselves in the process. However, the Wall Street crisis and Great Depression's global impact soon put the burgeoning company out of business and the once comfortable family again fell into poverty. Following World War II, when Hungary was under Communist rule, members of Zsófia's family - including her mother, brother Lóránd and his wife - were put in forced labour camps but survived. 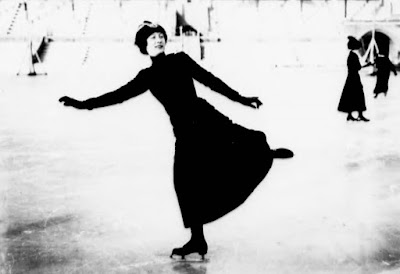 Whether the three time World Champion suffered the same fate during this time period is unknown as is much of her later life. Called "a very spirited woman" in the 1920 Fritz Gurlitt Verlag book "Sport Brevier", the Transylvanian born skater never returned to the ice and died in Hungary on April 5, 1977. The story of her later life remains an unsolved skating history mystery but her pioneering contribution to developing women's figure skating remains a golden moment in a career cut far too short.

Skate Guard is a blog dedicated to preserving the rich, colourful and fascinating history of figure skating and archives hundreds of compelling features and interviews in a searchable format for readers worldwide. Though there never has been nor will there be a charge for access to these resources, you taking the time to 'like' on the blog's Facebook page at http://www.facebook.com/SkateGuard would be so very much appreciated. Already 'liking'? Consider sharing this feature for others via social media. It would make all the difference in the blog reaching a wider audience. Have a question or comment regarding anything you have read here or have a suggestion for a topic related figure skating history you would like to see covered? I'd love to hear from you! Learn the many ways you can reach out at http://skateguard1.blogspot.ca/p/contact.html.
Posted by Skate Guard Blog at September 07, 2015
Email ThisBlogThis!Share to TwitterShare to FacebookShare to Pinterest
Newer Post Older Post Home