From Sendai To Sapporo: A Whole New Meaning To Illegal Lifts 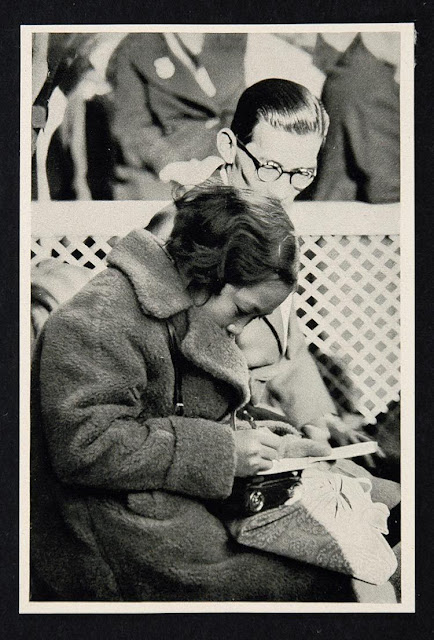 When Toshikazu Katayama joined forces with eleven other Japanese skating coaches (many of them former champion skaters) to organize and form the Japan Figure Skating Instructor Association in 1964, he must have looked back on his own skating career and thought about how much the sport had changed.

After winning the junior men's crown at the second Japanese Championships in Sendai (the largest city in the Tōhoku region) in 1930 at seventeen years of age, Katayama had gone on to graduate from Kwansei Gakuin University in Nishinomiya, won five Japanese senior men's titles and was a member of Japan's second team of skaters ever to compete at the Winter Olympic Games in 1936 in pre-World War II Germany, where he finished fifteenth of twenty five men's competitors. However, one can't help but think how the process of fostering growth and developing a skating instructional program for all four disciplines in Japan would have been had it not been for an important legal ruling the same year Katayama won his fourth senior national title. 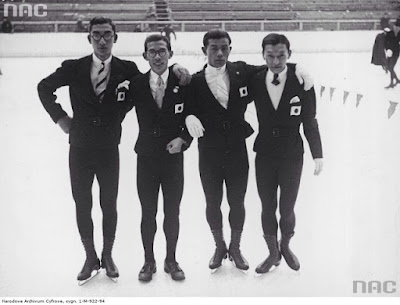 In the thirties, in addition to the annual Japanese Championships which were organized by Japan's National Skating Association in a different city each year, universities and colleges in the main cities were, according to The Age on April 26, 1935 holding "skating contests early in the year, lasting from four to six days" but they only consisted of speed skating, ice hockey and SINGLES skating. Pairs skating wasn't just excluded. It was illegal.

On February 25, 1937, Japanese police enforced an actual law change allowing male and females to skate together provided they were trained athletes, making pairs skating a possibility in the country. A February 25, 1937 article from The Miami News explains that "The practice, strictly forbidden as immoral, was legalized by police in view of the Olympic Games to be held in Japan in 1940. Only professional skaters who can obtain a certificate of good character from Japan's National Skating Association will be allowed to skim the ice together. And even then they may have some explaining to do until everyone understands the situation. Official badges will be issued by the police to protect the skaters who are granted certificates." Two of the skaters who were granted certificates? Katayama and his 1936 Olympic teammate Etsuko Inada. On April 4, 1937, only two months after the law change, they gave a pairs skating exhibition together together at the Asahi Building Skate Center in Osaka. The 1940 Olympics in Japan could have been their shining moment. They could have been their country's first Olympic pairs team.

The cancellation of the 1940 Olympics due to the war and subsequent occupation of Japan afterwards obviously greatly slowed the development of pairs skating in Japan and ended the pair's hopes of ever competing together.

It wasn't until 1956 in Kyoto when one brave pair, Fumiko Nishimura and Kinehiko Takizawa, competed in the country's first national competition. At the time, Tokyo only had two rinks, which was hardly adequate for a city of eight million people. Lynn Copley-Graves authoritative book "The Evolution Of Dance On Ice" explains that in 1956 "skating was so popular that tickets were issued for just one hour; hundreds would stand in the cold to buy tickets and skate to American music. The Korakuen club had only seventy members because membership cost so much. Most Japanese still skated on frozen lakes." Although the sport was immensely popular, in terms of competitive skating the country in 1956 was simply put... behind.

Incredible it must have been in 1964 for Katayama to sit across the table from Inada, his former pairs partner, and piece together the guidelines for a discipline that the two former skaters wouldn't have had been allowed to even attempt legally had it not been for that 1937 law change. Perhaps they had no inkling that only eight years later, their pioneering work in developing this system would allow Kotoe Nasagawa and Hiroshi Nagakubo to make skating history as Japan's first Olympic pairs team... while they looked on in 1972 in Sapporo. It seems a fitting tribute that Nagakubo would in turn go on to coach many famous Japanese skaters himself including Shizuka Arakawa, Takeshi Honda and Akiko Suzuki. It's funny how things go full circle, isn't it?

Skate Guard is a blog dedicated to preserving the rich, colourful and fascinating history of figure skating. Over ten years, the blog has featured over a thousand free articles covering all aspects of the sport's history, as well as four compelling in-depth features. To read the latest articles, follow the blog on Facebook, Twitter, Pinterest and YouTube. If you enjoy Skate Guard, please show your support for this archive by ordering a copy of the figure skating reference books "The Almanac of Canadian Figure Skating", "Technical Merit: A History of Figure Skating Jumps" and "A Bibliography of Figure Skating": https://skateguard1.blogspot.com/p/buy-book.html.
Posted by Skate Guard Blog at December 19, 2015
Email ThisBlogThis!Share to TwitterShare to FacebookShare to Pinterest
Newer Post Older Post Home