Giving A Fuch About Gilbert Fuchs

The very first man in history to hold the distinction of winning a World title recognized by the International Skating Union was Austrian born Anton Gilbert Fuchs. He represented the Münchener Eislauf-Verein in Munich, Germany during the reign of Kaiser Wilhelm II and shares the historical distinction with his contemporary Austria's Gustav Hügel of being one of only two people in history to win World titles in both in the nineteenth and twentieth centuries. 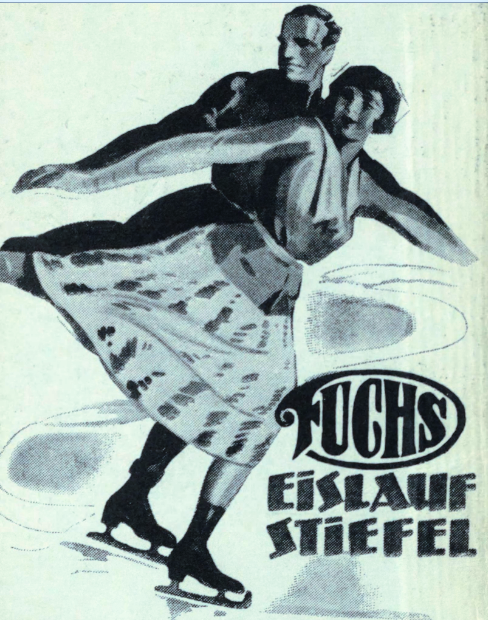 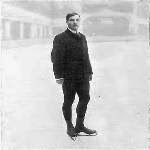 Gilbert won his two World titles exactly ten years apart; his first came in 1896 on the frozen Yusupov Gardens in St. Petersburg, Russia and his second in 1906 on home soil in Munich, Germany. In addition to his two World gold medals, he also won two silver and two bronze medals at the World Championships as well as four medals at the European Figure Skating Championships and three German titles. What made his wins even more impressive is the fact he was entirely self-taught as a skater and only started skating around five years before he won his first World title. 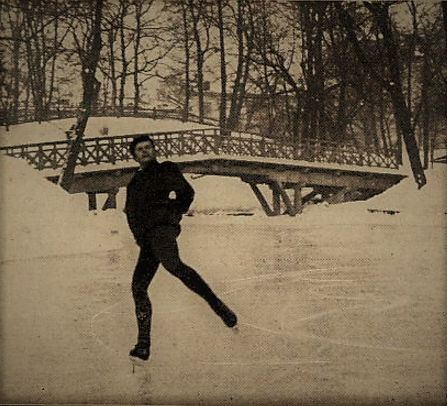 In his 1926 book "Theorie und Praxis des Kunstlaufes am Eise", Gilbert rather confidently describes in his own words the challenges of being self-taught: "All by myself, then - never satisfied with my own attempts, an unsparing critic of myself - I strove in every way possible to bring these turns to perfection. It was soon clear to me that they must be skated without change of edge, for otherwise they were combinations in disguise. So, after various experiments, I came to form the style which I subsequently expounded, and have always upheld by voice, pen, and by my own practice on the ice. This last has obviously told against me in various competitions, because, although the justice of my view has been appreciated when fully understood and when seen in actual demonstration, it may be some time before the correctness of my position is fully acknowledged." 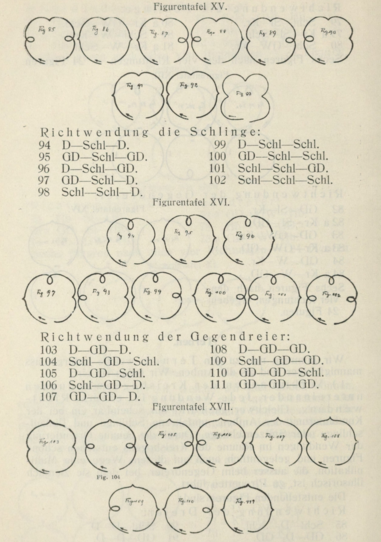 Descendant Anatoly Fuchs of Russia shared a contemporary account of his ancestor Gilbert's 1896 win: "The strongest in the championship proved a German athlete Gilbert Fuchs. In the performance of 'school' figures he wowed audiences and judges with confidence and purity movements, was bold and original in the free skating. He showed outer 'ship' complex pirouettes cleanly executed jump in half turns landing on outstretched leg... Observers felt that difficulties diversity of the program and it was definitely better than others. All five judges gave him the first place."  In fact, Fuchs came from behind to defeat the winner of the figures competition Georg Sanders of Russia to take the overall title based on his free skating performance. 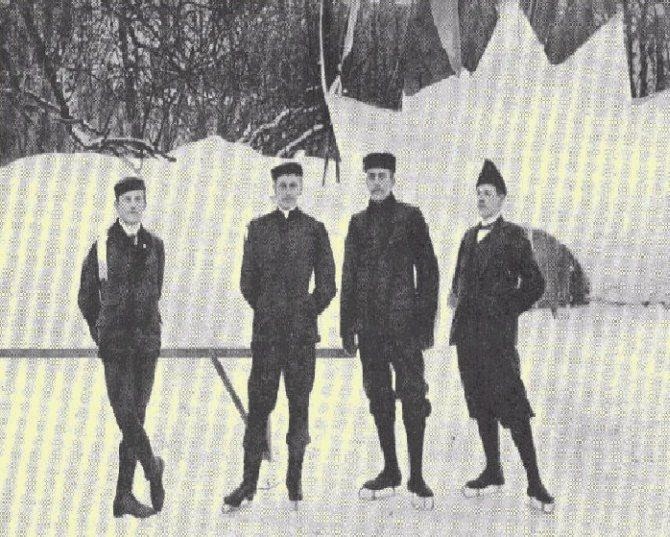 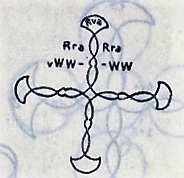 A fierce rival of ten time World Champion and contemporary Ulrich Salchow of Sweden, Gilbert only ever defeated Salchow in one major ISU Championship: the 1901 European Championships on neutral territory in Vienna. Seeing as judging panels of the era would often be stacked with several judges from one country it stands to reason that both skaters fears may have been founded dependent on the composition of the panel on any given day. Salchow both opted not to compete in important competitions on each other's home turf for fear of being judged unfairly. That said, Salchow wasn't always particularly known for always being a good sport. 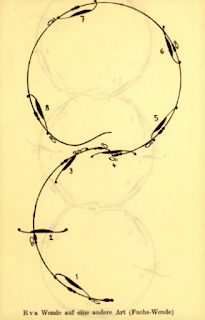 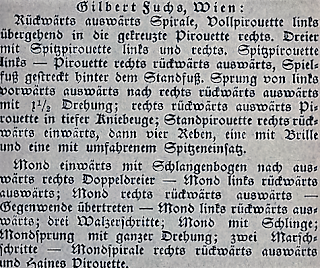 Though described in T.D. Richardson's "History Of Ice Skating" as a "big, heavily built man who skated with tremendous swing"", according to Beretvás Blanka's book "Figure Skating", Gilbert Fuchs certainly gave a fuch about staying in skating shape. 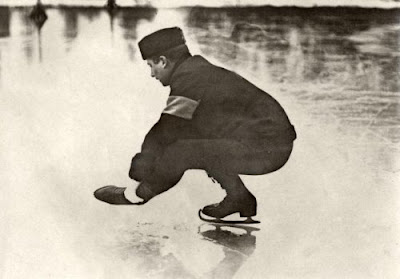 He was an athletically inclined man, taking to skating after learning gymnastics, shot put and weightlifting. After finishing secondary school, Gilbert served in a cavalry regiment and later studied agriculture in Vienna, Austria before moving to Munich and studying forestry. He also demonstrated passion for the land he lived on. 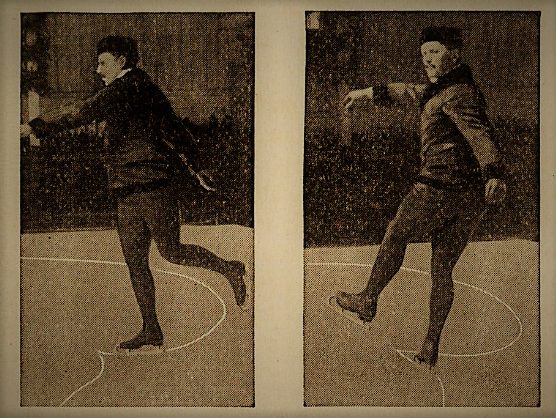 In addition to a book about figure skating called "The Practice And Theory Of Art Skating", Gilbert studied the morphology of the bark beetle and in 1929 (approaching sixty) he wrote his thesis "Europäische Holzwirtschaft der Nachkriegszeit (European timber industry after the war)". 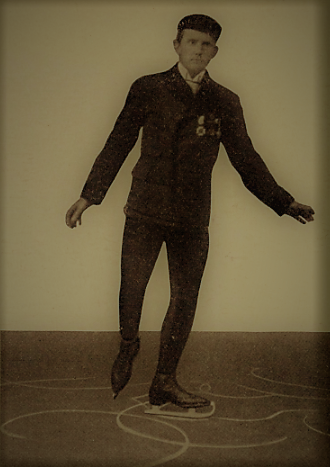 A survivor of both World Wars, Gilbert died in Germany in 1952 at the age of eighty one, and will be perpetually be not only remembered as numero uno in terms of world champions in figure skating but also for his scholarly contributions to the worlds of forestry and zoology he was so passionate and knowledgeable about long after he had hung his skates.

Skate Guard is a blog dedicated to preserving the rich, colourful and fascinating history of figure skating and archives hundreds of compelling features and interviews in a searchable format for readers worldwide. Though there never has been nor will there be a charge for access to these resources, you taking the time to 'like' on the blog's Facebook page at http://www.facebook.com/SkateGuard would be so very much appreciated. Already 'liking'? Consider sharing this feature for others via social media. It would make all the difference in the blog reaching a wider audience. Have a question or comment regarding anything you have read here or have a suggestion for a topic related to figure skating history you would like to see covered? I'd love to hear from you! Learn the many ways you can reach out at http://skateguard1.blogspot.ca/p/contact.html.
Posted by Skate Guard Blog at May 27, 2016
Email ThisBlogThis!Share to TwitterShare to FacebookShare to Pinterest
Newer Post Older Post Home