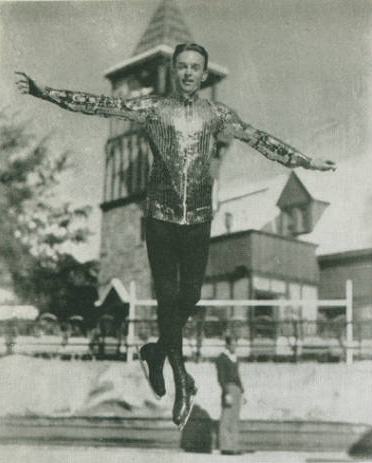 The son of Edith (Tuthill) and Lester Dunbar Mapes, Bruce Allan Mapes Sr. was born August 16, 1901 in New York City. He grew up in Brooklyn and caught the skating bug when he saw Charlotte perform when he was eleven. He learned the scales of skating - the school figures - at the Brooklyn Ice Palace yet derived far more interest in jumping, spinning and other free skating elements.

Bruce retired from competitive skating after winning the Middle Atlantic dance competition in 1924 and worked as an architect before embarking on a barnstorming professional career with his wife Evelyn Chandler. Christie Sausa's book "Lake Placid Figure Skating: A History" explained, "Evelyn Chandler and Bruce Mapes were big stars in the early 1930s, considered the best professional team in the world at the time." The duo performed in everything from club carnivals to circuses. The popular team also toured with Ice Follies for eight years and performed in Chicago's Century of Progress International Exposition in 1933 and 1934. 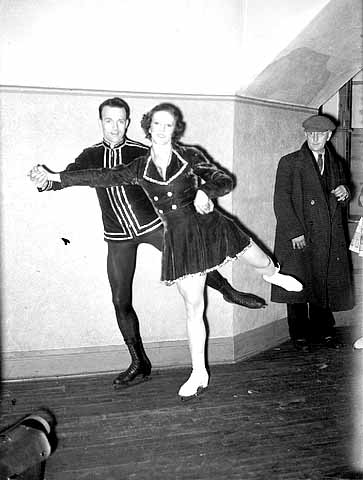 After the couple's performing career slowed down, they were both hired by the Hershey Skating Club in Pennsylvania. The Mapes' were the club's very first professional coaches and were responsible for not only training young skaters but developing the club's lavish carnival. They continued to perform elsewhere while coaching. Bruce C. Cooper's historical retrospective on hockey and in turn, skating in Hershey noted: "Evelyn Chandler, who electrified the spectators last week at the First Annual Winter Sports Show and International Ski Meet in New York's Madison Square Garden, will skate between periods, giving a series of ice acrobatics with her partner, Bruce Mapes, one of the world's best known professionals. Miss Chandler and Mr. Mapes will also give their ice exhibition on Wednesday night, December 23, when the Hershey Sports Arena stages its second hockey game, between the Hershey Bears and the Atlantic City Sea Gulls."


Evelyn Chandler performing for the troops in 1938 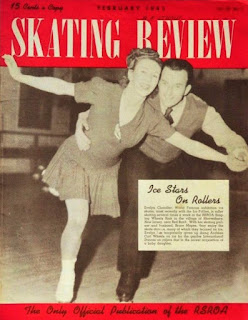 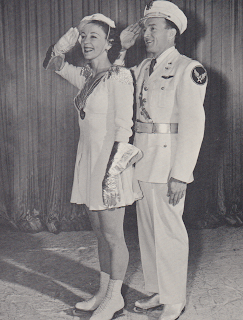 Bruce has historically been credited with inventing the toe-loop. and by some, the flip. Whereas John Misha Petkevich's 1988 book "Figure Skating: Championship Techniques" gives full credit to Mapes for the toe-loop, the origins of the flip are a little more murky. Gustave Lussi claimed to have invented the jump with Bud Wilson in Canada. He stated that when Evelyn came up to Canada to perform, she saw the jump performed and took it down to the States where the couple performed it and it became known as a Mapes. Interestingly, in roller skating today a toe-loop jump - not a flip - is known as a Mapes. 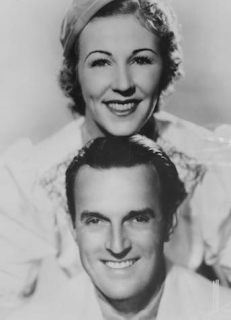 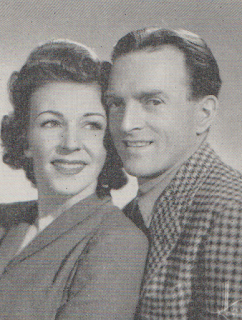 Later in life, Bruce worked as a lighting director for NBC in New York and became a grandfather of two. After dedicating so much of his life to skating as an amateur and professional athlete and later, a coach, he passed away in Red Bank, New Jersey at age fifty nine on February 18, 1961 - three days after the Sabena Crash - leaving behind ties to the invention of two of skating's favourite toe jumps.

Skate Guard is a blog dedicated to preserving the rich, colourful and fascinating history of figure skating and archives hundreds of compelling features and interviews in a searchable format for readers worldwide. Though there never has been nor will there be a charge for access to these resources, you taking the time to 'like' on the blog's Facebook page at http://www.facebook.com/SkateGuard would be so very much appreciated. Already 'liking'? Consider sharing this feature for others via social media. It would make all the difference in the blog reaching a wider audience. Have a question or comment regarding anything you have read here or have a suggestion for a topic related to figure skating history you would like to see covered? I'd love to hear from you! Learn the many ways you can reach out at http://skateguard1.blogspot.ca/p/contact.html.
Posted by Skate Guard Blog at October 08, 2016
Email ThisBlogThis!Share to TwitterShare to FacebookShare to Pinterest
Newer Post Older Post Home