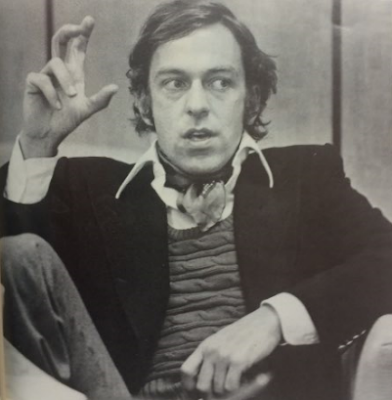 At the 1994 Winter Olympic Games in Lillehammer, Norway, the lines between amateurism and professionalism blurred when champions from eras past reinstated to the eligible ranks in hopes of challenging the world's best Olympic eligible skaters. It is a topic we've visited before more than once on Skate Guard, but I am quite confident that the subject of today's blog may be news to many of you. It doesn't involve Lillehammer and doesn't even take place in the nineties. 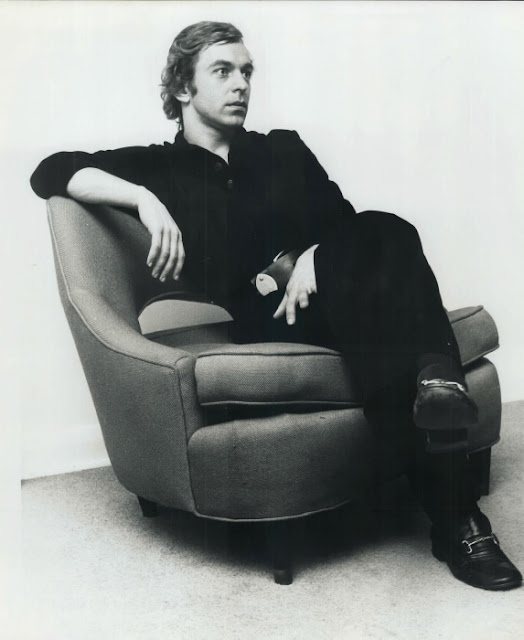 Less than three years after winning the bronze medal at the 1976 Winter Olympic Games in Innsbruck, Austria, the late, great six time Canadian Champion Toller Cranston was very seriously considering the possibility of attempting a comeback to the eligible ranks and competing in the 1984 Winter Olympic Games in Sarajevo. In an interview with Linda Jade Stearns in the December-January 1979 issue of "The Canadian Skater" magazine, he spoke of his plan in detail: "Charles Snelling will have nothing on me. I have to perform for a couple more years - I want to do a movie and I know that I can't do that if I'm an amateur. Then I'm going to have to throw myself on my knees and ask the CFSA to give me back my amateur status, which will take a year. Therefore I'm basically aiming for the 1984 Olympics... I'm going to do my comeback at thirty-five as opposed to Snelling in his mid-twenties. And he didn't train the way I'm training now... I just competed in the American Superstars show for TV, and my competitive instincts surged - like wild. I became a tiger, a cutthroat, and I became consumed with the desire to win, which I had never really felt before when competing as an amateur. When I enter the 1984 Olympics - even if I have to skate out of Iceland to do it - I'll put skating in its proper perspective. I'm going to take it very seriously, but I know that my career will not hinge on how well I do. It's not like, 'Oh my God, what happens if Ronnie Shaver beats me - I'll be finished, I'll be through.' I learned how to be afraid in the worst way. When people say, 'Oh, you only came third at the Olympics, you blew it,' I reply, 'Third? It's a miracle!' I was so totally overwrought that when I stepped onto the ice I couldn't believe that my legs were carrying me. I can do figures in my free skating boots now that are better than the ones I did in the Olympics in my figure boots. I realize that it's totally a question of control of the brain. It was nervousness, it wasn't that I had bad figures (that accounted for my low standing in figures at the Olympics.) My figures were just as good as anybody's, but I did not have the ability to zero in, to totally concentrate. I wouldn't be nervous now because nothing is hinging on my performance. I'm not going to enter with the attitude that here's my big chance to win the 1984 Olympics. When you come back at thirty-five to compete in the Olympics, people will say, 'Let's see how good he is... can he beat the champion from Luxembourg? Well, probably. But can he beat the French champion?... Let's see how far he can go. I know that I'm not going to out-triple my competitors because by then they're going to have to scrape them off the rafters. In the performance that I would give, the emphasis would be totally on performing. I would perform like wild. It's not that I wouldn't do a number of things, but I would say, let the skaters doing the quadruples and the eight triples do them. I would do all the things that they don't do. I would create a certain controversy." 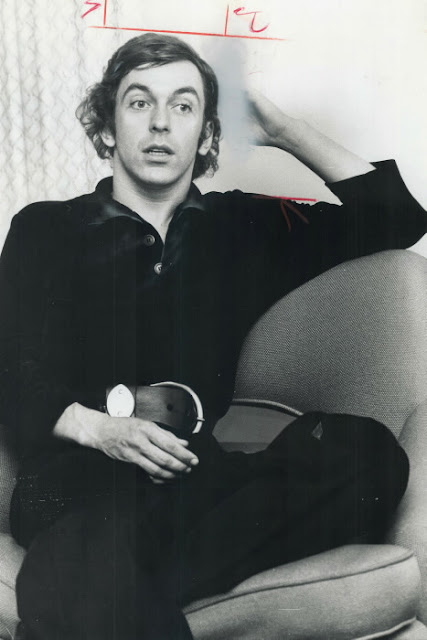 In the end, the lure of professional competition won out. For seven consecutive years from 1980 to 1987, Toller competed at Dick Button's World Professional Figure Skating Championships in Landover, Maryland. More often than not, he didn't win. We will never know the history books would have looked if Toller had in fact somehow managed a return to the eligible ranks in 1984. Against the likes of Scott Hamilton, Brian Orser, Jozef Sabovcik and the rest, he would have undoubtedly been at a huge disadvantage technically but I don't think anyone can argue that he wouldn't have put on one hell of a show like only Toller could.

Skate Guard is a blog dedicated to preserving the rich, colourful and fascinating history of figure skating and archives hundreds of compelling features and interviews in a searchable format for readers worldwide. Though there never has been nor will there be a charge for access to these resources, you taking the time to 'like' on the blog's Facebook page at http://www.facebook.com/SkateGuard would be so very much appreciated. Already 'liking'? Consider sharing this feature for others via social media. It would make all the difference in the blog reaching a wider audience. Have a question or comment regarding anything you have read here or have a suggestion for a topic related to figure skating history you would like to see covered? I'd love to hear from you! Learn the many ways you can reach out at http://skateguard1.blogspot.ca/p/contact.html.
Posted by Skate Guard Blog at January 12, 2017
Email ThisBlogThis!Share to TwitterShare to FacebookShare to Pinterest
Newer Post Older Post Home