In the sixties, seventies and eighties, several American figure skaters made history as the first people of colour to make a real impact in national and international level figure skating competitions. In the last Skate Guard blog, we looked at the incredible story of Eddie B. Henderson. Today, we'll put faces to the names of several more skaters who opened the door for people of colour to be accepted into a sport that was about as white as it gets since its early history. 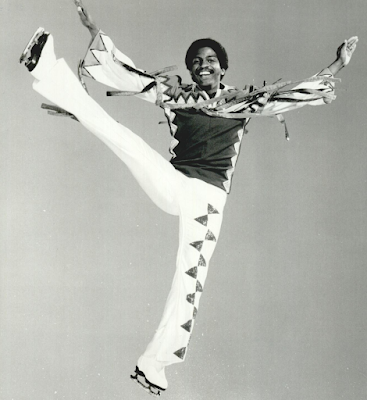 Atoy Wilson got his start as a figure skater at the age of seven after his parents took him to see Ice Follies at the Pan Pacific Auditorium. After taking his first lessons at The Polar Palace in Hollywood under the watchful eye of Mabel Fairbanks, he joined the Los Angeles Figure Skating Club, where he took from Peter Betts. 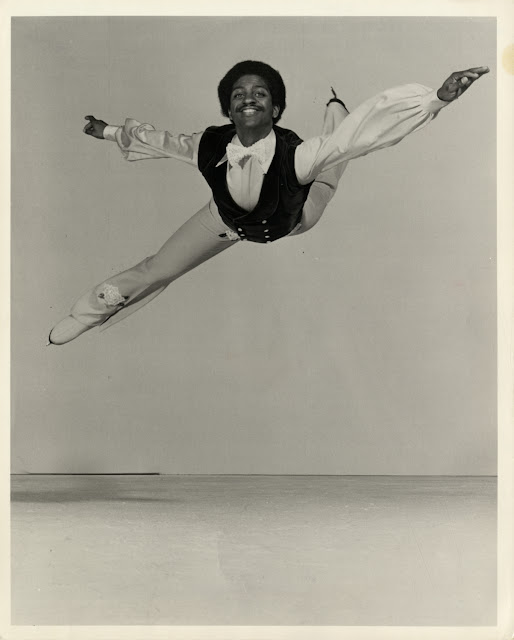 Like Atoy Wilson, Leslie Robinson got his start at The Polar Palace and was coached by Mabel Fairbanks. Ever supportive, Mabel helped Leslie get his first audition in the professional ranks. He went on to skate with a show in Las Vegas and in Holiday On Ice. 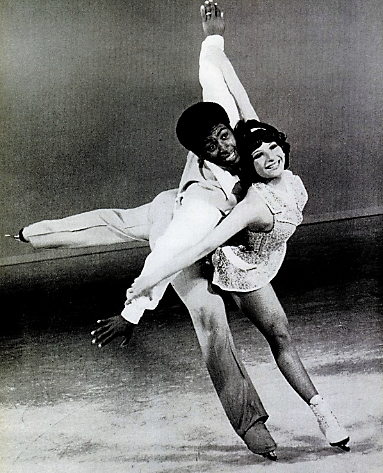 Michelle McCladdie and Richard Ewell III's rise to prominence in the early seventies almost eerily mirrored the story of Tai Babilonia and Randy Gardner. Like Tai and Randy, McCladdie and Ewell got their start at the Culver City Ice Arena, were paired by Mabel Fairbanks and went on to be coached to the medal podium at the U.S. Championships by Mr. John Nicks. While skating, Michelle studied sociology at Pepperdine University; Richard history at West Los Angeles Junior College. Both of their fathers worked for the U.S. Postal Service.

Michelle had blonde hair and green eyes and admitted that she surprised everyone but Richard when she announced her ethnicity. "My looks contradict my origins," she laughed in a November 1972 interview for "Ebony" magazine. "But then, black comes in many different shades and I'm proud of it. Maybe it'll bury a few stereotypes." 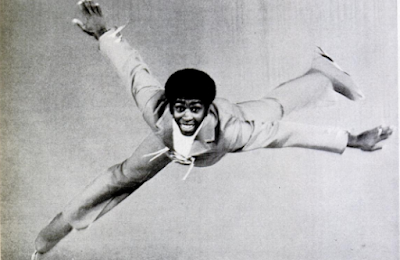 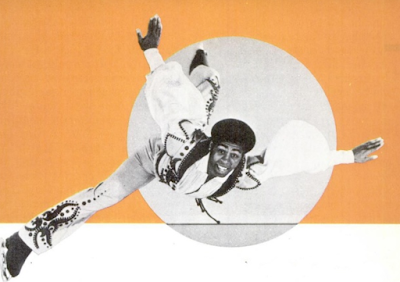 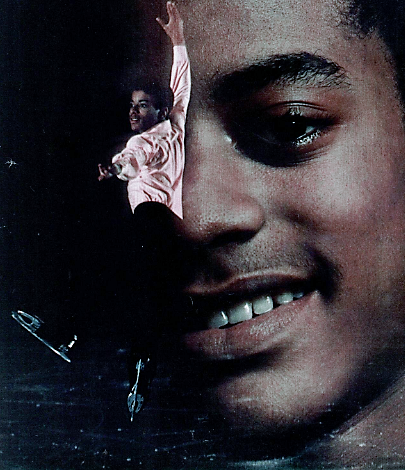 The only non-Californian of the bunch, Reggie Stanley of Philadelphia got his start on the ice at the age of nine. In an interview in the February 1977 issue of "Boys' Life" magazine, he recalled, "I liked it right away, even though I was falling all over the rink. It wasn't one of those storybook things, where the guy gets out there and boom! He's jumping and spinning like a pro. But it really got to me - the feeling of the ice under my blades like I was skimming under glass... My skating improved over the next two years, and when I was 11 I started taking lessons and practicing seriously. The lessons and practice weren't much fun. I kept wishing the sport would just be skating the way you felt inside. But I saw that there was a lot more to it than I could teach myself, and I definitely wanted to get better. I also wanted to compete - and win." 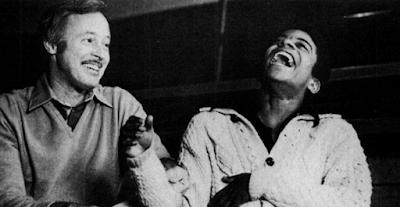 Win he did. Training under Don Laws at the Philadelphia Skating Club and Humane Society, Stanley became an Eastern Champion in 1975 and the U.S. novice men's champion in 1975. While competing, he attended Harritton High School, rising before dawn every morning for patch sessions and then heading back to the rink every day after school. 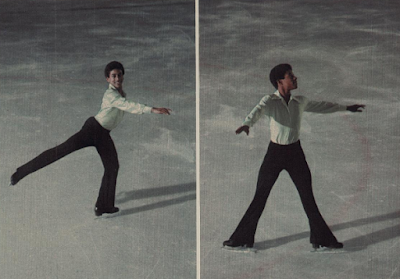 A series of ankle injuries ended his competitive career in the late seventies. While still competing, Stanley expressed, "I've never felt any discrimination. Not from the judges, the other skaters, anyone. Some parents may be annoyed because I placed higher than their kids, but it has nothing to do with my colour. In this sport you're measured by how good you are on the ice." 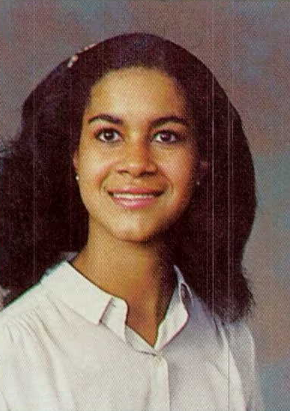 Hailing from Carson, California and representing the Los Angeles Figure Skating Club, Joan Campbell became the first person of colour to win a woman's title at the U.S. Championships in 1980, when she bested another African American skater, Debi Thomas, for the novice women's crown. Joan's strength was school figures. 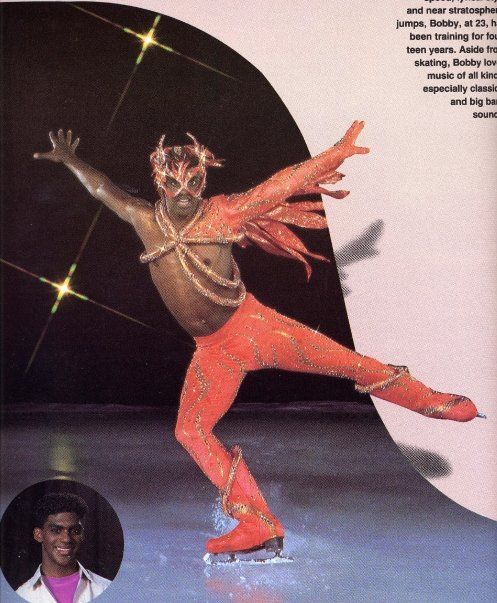 Bobby Beauchamp of Culver City was born with clubfoot, wore braces and casts for the first nine years of his life and slept with steel bars holding his legs together in an attempt to properly align his hips. His family doctor suggested skating would be good physical therapy and he first learned to skate at Culver City Ice Arena. Following coach Mabel Fairbanks to the Santa Monica Ice Chalet, he started taking from John Nicks. After placing second in the junior men's event at the 1979 U.S. Championships at the age of sixteen, he moved up to the senior ranks, placing as high as fourth in 1983.

While competing, Bobby worked at Robinson's Department Store in Costa Mesa, selling imported Waterford crystal decanters to housewives. Quoted in the "Kansas City Star" on February 1, 1985, Beauchamp lamented, "The LA Times has never done an article on me. But I've even tried to interest 'Ebony' magazine in my story several times, but they have no interest. Sometimes it makes me want to scream in their faces, but I know it is best to keep doing the best I can and forget it. There also is no interest, no encouragement, from the black community. We get much more support from our skating family than anyplace else." 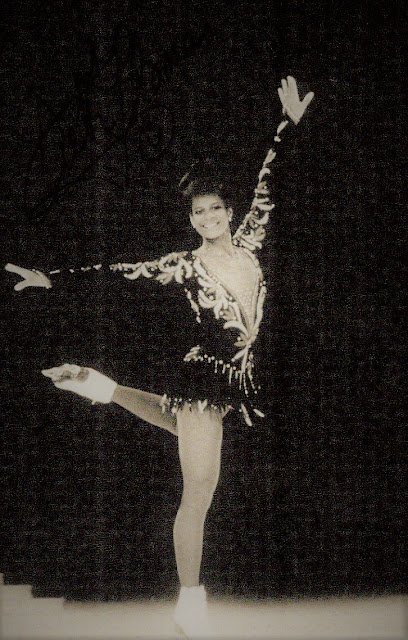 When Debi Thomas was growing up in San Jose, California, her mother Janice put her in flute, piano and trumpet lessons, ballet and gymnastics, but figure skating proved to be her true love. Showing promise, she eventually started working with British coach Alex McGowan at the Redwood City Ice Arena while driving ninety miles every day to attend classes at San Mateo High School. At the age of thirteen in 1980, she won the Central Pacific Regionals and placed second in the novice women's event. In the years that followed, she made history time and time again. Winning the 1983 International Sugar Criterium in Tours, France, she became the first person of colour to ever win an international figure skating competition. In the years that followed, she became the first person of colour to win a U.S. women's title, a World women's title, an Olympic medal and a World Professional women's title. Quoted in the "Kansas City Star" on February 1, 1985, her coach Alex McGowan remarked, "Debi is actually much better known internationally than at home. In France she is known as La Perle Noire, The Black Pearl. Here, we are pretty much ignored." 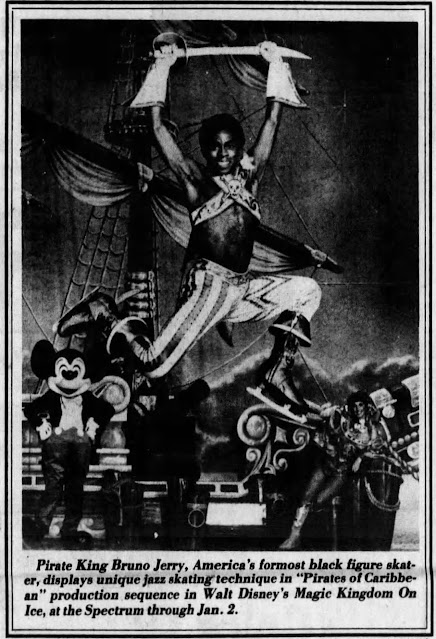 The son of Roosevelt and Gloria Jerry, Bruno Mellin Jerry was born October 6, 1957 at Holliman Air Force Base in Alamogordo, New Mexico. As a boy, he was educated at a military school in Germany, where his father was stationed as an officer. The family later settled in Baltimore, Maryland, where his mother found work as a medical records librarian. He attended the Ralph Young School run by Jesuits and the Lake Clifton High School.

Bruno first skated when he was in the fourth grade after attending an Ice Follies show with his classmates but didn't take up the sport seriously until he was sixteen. He was the only skater of colour at the rink where he trained and didn't receive his first lesson until he was fourteen.  His first coach, at the Orchard Rink in Towson, was Gail Roeper. Prior to taking up skating, he was on his high school's varsity wrestling team. His wrestling coach didn't even know he skated until he read about it in the paper. Bruno later recalled, "My coach at the Baltimore Skating Club told me I had to concentrate on skating - I really wanted to be good enough to perform in a show - or I'd be wasting my time. Not many kids knew I skated, because I did it all away from school. I told the wrestling coach I was quitting the team, but I didn't tell him why. I didn't think he'd be too wild about losing one of his wrestlers to a non-school activity like figure skating. I just felt he wouldn't understand."


After graduating from high school, Bruno attended the Brandywine College in Wilmington, Delaware, where he was able to continue skating. His coaches there were Diane Agle and Ron Ludington. He passed his USFSA Gold tests in figures, free skating and dance and competed at the South Atlantic, Eastern and U.S. Championships in the mid seventies. In 1976, he won the junior men's event at the South Atlantic Regional Championships and finished eighth in junior men's at the U.S. Championships. The following season, he placed second in the Eastern Championships in New York.
In an interview with "The News Journal" on December 17, 1981, Bruno remarked, "There aren't many black figure skaters, but maybe those of us who are in it will encourage others. I know the expense of getting into skating is a discouraging factor. Prejudice? I don't think so - no more than any other sport. I know there were blacks I competed with who used prejudice as an excuse when they didn't do well. That never entered my mind. If I didn't do well, it was me, just me. Besides, win or lose, it was fun."


Bruno's love of skating led to interrupt his education and turn professional in 1978. He toured as a principal skater with the Ice Follies, Walt Disney's World On Ice and Dorothy Hamill's Fantasy On Ice in the eighties. In 1987, he appeared in a show at the Kennedy Center Opera House with Tai Babilonia and Randy Gardner and Scott Hamilton. Known for his huge jumps and jazzy style, Bruno was popular with not only audiences but fellow skaters and dancers as well. Legendary choreographer, dancer and activist Alvin Ailey was a fan of his. 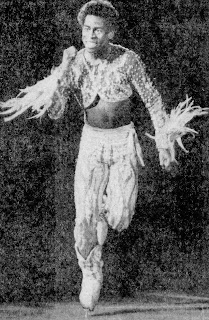 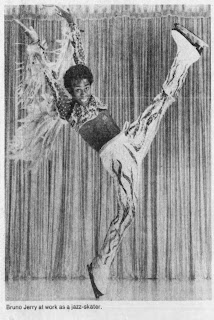 Skate Guard is a blog dedicated to preserving the rich, colourful and fascinating history of figure skating. Over ten years, the blog has featured over a thousand free articles covering all aspects of the sport's history, as well as four compelling in-depth features. To read the latest articles, follow the blog on Facebook, Twitter, Pinterest and YouTube. If you enjoy Skate Guard, please show your support for this archive by ordering a copy of the figure skating reference books "The Almanac of Canadian Figure Skating", "Technical Merit: A History of Figure Skating Jumps" and "A Bibliography of Figure Skating": https://skateguard1.blogspot.com/p/buy-book.html.
Posted by Skate Guard Blog at February 06, 2017
Email ThisBlogThis!Share to TwitterShare to FacebookShare to Pinterest
Newer Post Older Post Home