Skating Puts It Skate In Its Mouth: Blackface Minstrel Shows On Ice 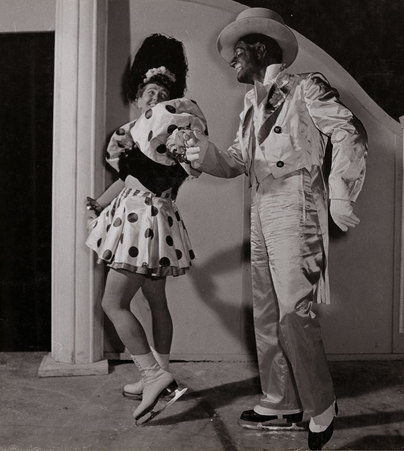 I was really hesitant as to how I was going to approach the subject matter of today's blog. It's definitely a touchy subject and quite honestly, one that offends me personally. However, it is still a footnote from figure skating's history that I think absolutely merits being brought up. 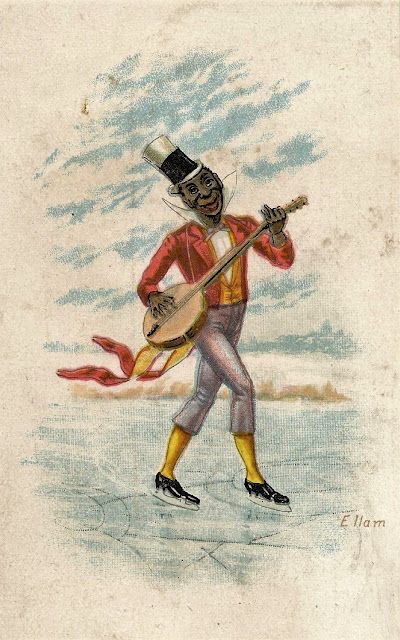 In the nineteenth century, minstrel shows were a significant and unfortunately popular part of culture. The very act of donning blackface is one that screams exploitation, expropriation and blatant racism to us today, but the fact of the matter is that 'back then' it was something that was extremely commonplace as a form of Vaudeville-style entertainment. One doesn't have to go any further than the film "Gone With The Wind" and Hattie McDaniel's Academy Award winning role of Mammy to see how characters often perpetuated tired and offensive stereotypes, but the act of blackface was a whole different and much more abhorrent caricature. I'd love to be able to tell you that blackface minstrel acts didn't make their way into the figure skating world but I'm writing a blog about the subject, aren't I? 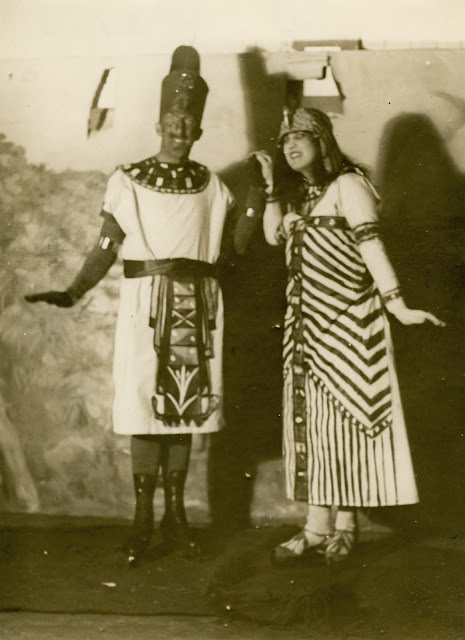 On February 18, 1946, three New England Skating Clubs (Bridgeport's Holland's Skateland, Worcester's Dance And Figure Skating Club and the Rot-Land Figure Club in Norwood, Massachusetts) got together to present a skating show for the soldiers of Fort Devens right after World War II. The star of the show was Danny Ryan, who would sadly die in the 1961 Sabena Plane Crash that killed the entire U.S. figure skating team. Ryan, a future U.S. and North American Champion with partner Carol Ann Peters, would have nothing to do with the offending act in question. An article from the March 9, 1946 issue of Billboard Magazine proclaimed that "blackface reigns" in the show's act 'Minstrel Daze', "devised by Herbert L. Wilson... featured were Vernie Bauer, George Kuzina, Jerry Nista, Carrol Bodden, Paul Bauman and Bob Norton..." The worst part? The soldiers loved it. 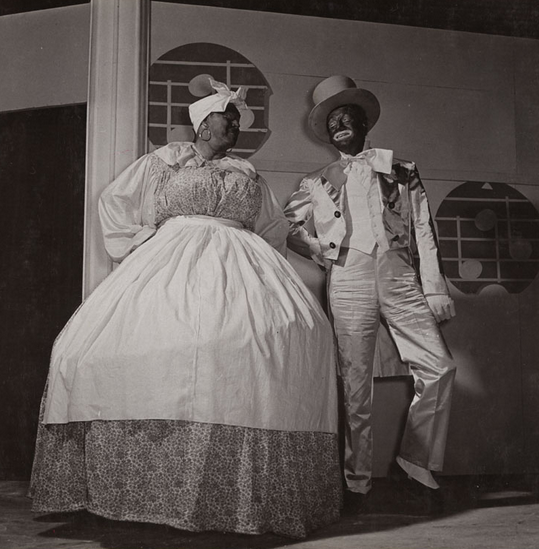 The next month, the Minto Skating Club in Ottawa presented their annual ice show Minto Follies. One of the acts in that year's show was called 'Plantation Party' and the majority of the skaters in the act dressed as wealthy, white plantation owners. The stars in this minstrel show on ice were two men who painted themselves in blackface, one dressed as a man and the other as a woman. They weren't just any old men either. One was a highly esteemed Canadian men's, pairs and fours skater: Olympian, six time Canadian Champion and six time North American Champion in Melville Rogers. The other? Wait for it... the President of The Canadian Figure Skating Association H.E. McLean. It certainly puts Mabel Fairbanks' story into perspective considering she would have been down in California trying to establish her coaching career at the exact same time all of this insanity was going on. Simply put, minstrel acts were not uncommon in many hotel and touring skating productions during that era. At least the grand finale of the Ice Cycles Of 1953, also called 'Minstrel Daze', had the decency to skip the blackface.
When World Champions Oksana Dominina and Maxim Shabalin showed up for the 2010 Olympic season with a tone-deaf original dance where they were dressed as "Australian aboriginals" wearing "war paint", the figure skating world weren't the only ones taken aback and offended. Australian aboriginal leaders were too. Sol Bellear, a member of the New South Wales Aboriginal Land Council, told the Australian Broadcasting Corporation News, "We see it as stealing Aboriginal culture and it is yet another example of the Aboriginal people of Australia being exploited." Writer Patty Inglish noted, "The first 20 seconds of the routine are straight out of the 1920s and 1930s club performances of Blacks before white audiences. It smacks of the old minstrel show and discrimination new and old... The routine seems to resemble a parody or cartoon." The Russians later 'toned down' the offending performance but it is still widely regarded as one of ice dancing's biggest face palm/'Did that really just happen?' moments. Sadly, it did.

In James Baldwin's book "The Cross Of Redemption: Uncollected Writings", he offered a wonderful quote: "America sometimes resembles, at least from the point of view of a black man, an exceedingly monotonous minstrel show; the same dances, same music, same jokes. One has done (or been) the show so long that one can do it in one’s own sleep." I often think figure skating is in a way much in the same. A healthy dose of caution and creativity in exploring a whole new world of carving out stories on the ice could lead to so many wonderful adventures in expression on the ice. All it takes are more skaters and choreographers willing to take intelligent risks. The difference between risks in choreography and costuming and downright offensiveness is something that the skating world - as evidenced in this blog - hasn't always quite grasped.

Skate Guard is a blog dedicated to preserving the rich, colourful and fascinating history of figure skating. Over ten years, the blog has featured over a thousand free articles covering all aspects of the sport's history, as well as four compelling in-depth features. To read the latest articles, follow the blog on Facebook, Twitter, Pinterest and YouTube. If you enjoy Skate Guard, please show your support for this archive by ordering a copy of the figure skating reference books "The Almanac of Canadian Figure Skating", "Technical Merit: A History of Figure Skating Jumps" and "A Bibliography of Figure Skating": https://skateguard1.blogspot.com/p/buy-book.html.
Posted by Skate Guard Blog at February 01, 2017
Email ThisBlogThis!Share to TwitterShare to FacebookShare to Pinterest
Newer Post Older Post Home