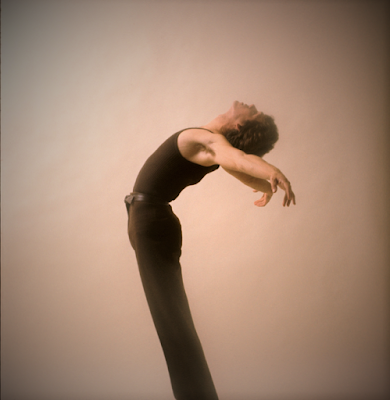 "I feel like I was working all year to recite a poem and I was reciting it to deaf people." - John Curry

The fable of Daedalus and Icarus is perhaps one of the best known in classical Greek mythology. Father and son appeared doomed after being imprisoned in King Minos' Labyrinth. To escape, Daedalus fashioned enormous wings of osier branches and wax and taught his son to fly, warning him not to fly to close to the sun or his wings would melt. Icarus ignored his father's advice, first flying up high in the sky to salute the sun then, as the wax melted, diving into the sea to his death. The tragic story has been retold in many contexts: as a fable to warn of the importance of listening to your elders and even as an allegory of the dangers of pushing technology further and further.

The Daedalus and Icarus myth might also serve as a reminder to the skating world about the great art that can be lost when the scales of focus are tipped greatly towards the sport's technical side. A lost interpretation from skating history of the myth on ice by 1976 Olympic Gold Medallist John Curry perhaps serves as that chilling reminder. 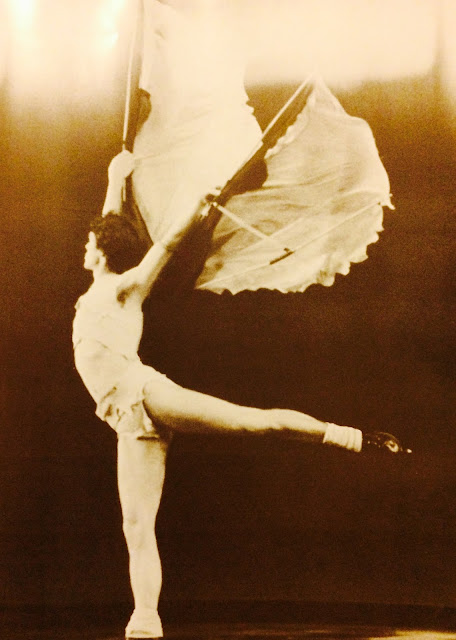 In 1977, Curry debuted an elaborate new piece called "Icarus" in Bristol, England in anticipation of his opening at the London Palladium with his "Theatre Of Skating". It was the conception of Curry, choreographed by prolific ballet choreographer John Butler. A new score was commissioned by Gordon Cross specifically for the piece and a stunning costume with silk wings was fashioned by costume designer Nadine Baylis. A giant sun served as a stage prop and Keith Alexander partnered Curry for the piece. In Keith Money's 1978 book "John Curry", the legendary skater himself expounded upon this particular work: "John Butler is a very intense worker, and his intensity shows in the piece. When I skate 'Icarus' well, I myself feel that kind of intensity. One of my beliefs has always been that everyone wants to fly too close to the sun; wants to get to something very badly; and when they do get there, they usually find that the thing they want, whether it is the sun, or whatever golden object one might think of - is their ultimate undoing. That theme was more important to me than anything else."

Although "Icarus" was not well received in its first performance in Bristol - reportedly meeting boo's and jeers from the audience, it was a huge hit at the Palladium and elsewhere. It received glowing praise from one Associated Press writer on August 21, 1977: "In 'Icarus' - as the audiences are reminded: Daedalus made a pair of great wings for his son Icarus, launching him into the bright air with pride and hope. The boy flew bravely and with increasing wonder, and in his exaltation he did not mind the sun's power to melt his wings and end his flight forever. London has seen ice shows aplenty' over the years. But even the very best of these could not challenge the rich perfection that Curry, his choreographers, dancers, designers, musicians and lighting experts have achieved to delight eye and ear. For years, Curry dreamed of uniting the techniques and styles of ice skating and the ballet. He made his first attempt at Cambridge Theatre earlier in the year, and although that show was acclaimed, Curry regarded it as very much of an initial pioneering effort. The Palladium presentation on blue ice on a much bigger stage, with every refinement that Curry and his team could devise, transforms the familiar ice show to the level of a new art form."

The fact that no widely available footage exists of this particularly ingenious piece from the repertoire of John Curry is to me a crying shame and a superb example of why documenting skating history is so incredibly important. As such imbalanced attention continues to be given to edge calls, incongruous IJS footwork sequences and quads, quads, quads, works of skating art like this piece have been relegated to obscurity. Is figure skating dangerously flying to close to the sun just like Icarus? One cannot help but think so. Progress, like art, can be interpreted in any number of ways.

Skate Guard is a blog dedicated to preserving the rich, colourful and fascinating history of figure skating. Over ten years, the blog has featured over a thousand free articles covering all aspects of the sport's history, as well as four compelling in-depth features. To read the latest articles, follow the blog on Facebook, Twitter, Pinterest and YouTube. If you enjoy Skate Guard, please show your support for this archive by ordering a copy of the figure skating reference books "The Almanac of Canadian Figure Skating", "Technical Merit: A History of Figure Skating Jumps" and "A Bibliography of Figure Skating": https://skateguard1.blogspot.com/p/buy-book.html.
Posted by Skate Guard Blog at March 07, 2017
Email ThisBlogThis!Share to TwitterShare to FacebookShare to Pinterest
Newer Post Older Post Home