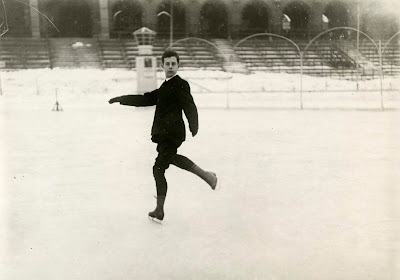 Born January 26, 1904 in Helsinki, Finland, Marcus Rafael Nikkanen spent his youth skating with his brother Bertel at the Helsingfors Skridskoklubb. He was well educated in his youth, learning three languages - English, Finnish and German - but had little formal training on the ice. He instead looked to older, more experienced skaters like Sakari Ilmanen and Walter Jakobsson as role models and mentors. In 1917, at the age of thirteen he claimed his first of four consecutive Finnish junior men's titles. 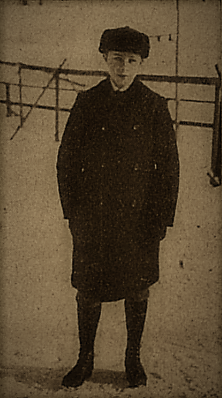 After skating in Ilmanen's shadow in the years after World War I, Marcus won his first of an incredible ten Finnish senior men's titles in 1927. His wins at the Finnish Championships actually spanned three decades - the twenties, thirties and forties - and were largely owing to his aptitude and consistency in the school figures. In fact, more often than not he was overshadowed in the free skating by his younger brother, who won three National titles of his own in the thirties. That's not to say he wasn't a competent free skater. In her book "Advanced Figure Skating", Maribel Vinson raved about his flying sit spin: "Marcus Nikkanen, the gentlemanly champion of Finland did the best I have ever seen; he leaped straight up very high from a low [sit] position, shifting feet like lightning in mid-air and landing with a continuous dropping motion onto a low [sit] on his other foot." 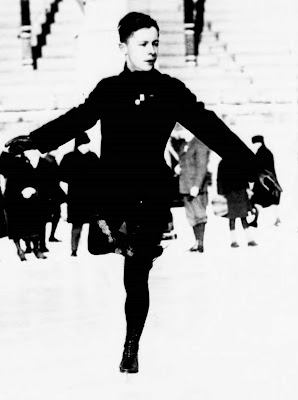 Marcus attended his first of three Winter Olympic Games in 1928 at the age of twenty four, falling ill with a very high fever between the school figures and free skate but still managing an impressive sixth. After winning the bronze medal at the European Championships in Berlin behind Karl Schäfer and Otto Gold into 1930, the Finnish Skating Union handed him an ultimatum two years later. They would only submit his entry to the 1932 Winter Olympic Games in Lake Placid, New York if he paid his own way. Where there was a will, there was a way and off Marcus sailed on the S.S. Paris. He placed fourth - still the best result for a Finnish singles skater in Olympic history - and three judges actually had him in the top three! He again made history the following year at the World Championships; his bronze medal in Zürich was Finland's first medal by a men's singles skater at the World Championships in history. Four years later at the Garmisch-Partenkirchen Games, he ended up a respectable seventh. All in all, of the eleven European and World Championships Marcus entered, he placed in the top ten in every single one. Not too shabby for anyone, let alone a skater who was primarily self-taught. 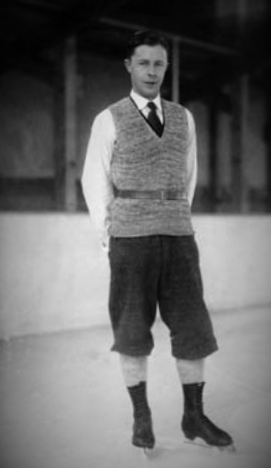 During his skating career, Marcus studied law, then worked at the American Consulate in Helsinki. He was wounded while fighting in the Winter War during World War II and left Finland in pursuit of greener pastures in North America. After a stint living in Brooklyn and coaching at the Skating Club Of New York, he moved to Toronto and began teaching at the Granite Club in the early thirties. One of his most successful students was Dr. Charles Snelling, a six time Canadian Champion, two time North American Medallist and the 1957 World Bronze Medallist. He became involved with the Professional Skating Association Of Canada/Figure Skating Coaches Of Canada movement in the late sixties, an elite group that included Canadian coaching luminaries like Sheldon Galbraith, Bruce Hyland, Osborne Colson, Hellmut May and Ron Vincent. He was also a mentor to prominent Canadian pairs coach Kerry Leitch. After stints coaching in Portland, Oregon and Stamford, Connecticut, he returned to his native Finland, where in his seventies he set some serious wheels of change in motion. He discussed the establishment of a organization similar to the failed Figure Skating Coaches Of Canada system with Arja Wuorivirta and in May 1984, the Suomen Taitoluisteluvalmentajat (Finnish Figure Skating Coaches Association) was born. Less than a year later on March 28, 1985, he passed away at the age of eighty one. Not a bad life for a skater once not even deemed worth the price of a steamship ticket!