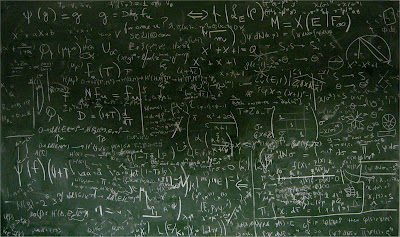 "The art of attention or concentration must be cultivated; its possibilities are quite startling. Attention is the distinguishing mark of all successful people and is in itself one of the greatest of human accomplishments... When you practise, don't let the power of your thought be scattered from one figure to another. If you can concentrate on a single purpose for a length of time, nothing is impossible." - T.D. Richardson

Talking about broader concepts in figure skating history is always a challenge. There are exceptions to every rule and the trajectory of how the sport has developed over time really isn't linear. Changes in coaching styles over time have obviously greatly affected trends and styles over the years and today on the blog we're going to touch on one such trend: The Modern English School style that developed in Great Britain in the thirties, forties and fifties.

In order to properly understand how figure skating in England progressed from the stiff English Style to The Modern English School after the popularization of the freer Continental or International Style, we really should start by reminding ourselves of how both styles differed like day and night. In his 1954 book "Winter Sports", Neville Bulwer-Lytton remarked, "The followers of the English style consider the International style unmanly and affected and the International skaters say the English school is stiff and ungainly... The English school is practically dying out. Its followers are few and far between, and it says a great deal for their enthusiasm that it keeps going at all. I think that it is a mistake to try and prove that either school of skating is superior to the other. Both have their good points, and it is not because of any inferiority that the English style is on the wane." Bulwer-Lytton acknowledged the shift from the jerkiness of English Style figures to school figures with rhythmic sway on the turns. The obvious differences - the use of the upper body in school figures, free skating itself and of course, the relationship between music and movement - go without saying. However, there was a very distinct style to British skaters of this era that made their way of skating particularly unique as compared to their Continental counterparts and it truly borrowed concepts from both the modern International Style and the growingly archaic English Style.


Figure skating historian Nigel Brown noted, "Bernard Adams, who had been a fine English skating stylist and who turned to the practice and teaching of the international style shortly after its introduction into England, cannot be claimed as the founder of the modern English school, but he
must be considered as a guide in the important [transitional] period between the English and international styles. He taught with intelligence, and through the introduction of his own theories modern English skating took on a special character. A German-Swiss, named Jacques Gerschwiler, came to England during the Henie days, as a private coach to the young Cecilia Colledge. He believed in pure technique almost to the exclusion of artistry. He became the founder of the English school, the modern scientific school of skating. Cold and almost soulless technique made its appearance in the big international competitions significantly when competitor after competitor began to dominate the solo-skating world. This approach produced a machine-like skater - both powerful and reliable. But individual personal expression became practically non-existent. This was clearly apparent among the men, who had not the natural charm of the female skater to soften a highly skillful performance and yet there was a peculiar fascination about this frigid manner of skating, but it had to be well-nigh perfect to give the desired effect. Cecilia Colledge as a technician was near this point and her interpretation possessed a cold charm through its power and meticulousness. She was the ideal type of competition skater, and the English school built its strength around this pattern. They worked upon the theme that full expression in this very difficult art could only be achieved by perfect technique, and this could only be acquired by the exclusion of nearly everything else... By intense study and aim at technical perfection the English school laid a solid foundation upon which a wider development of the art could confidently take place." 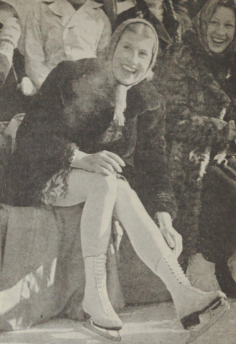 Champions like Cecilia Colledge, Megan Taylor, Daphne Walker, Henry Graham Sharp and Freddie Tomlins were all trained in this manner and without any question, both British pairs skaters and ice dancers would have been as well. Although World War II greatly hampered the growth of skating in England, Queen's Ice Rink (with twelve professional coaches throughout the war) kept this precise,
collected and cold style very much alive. Jacques Gerschwiler's star pupil, Gladys Hogg, built upon this mathematical and precise manner of coaching with her own impressive stable of students.

T.D. Richardson remarked, "to my mind Gersch, as the elder is affectionately known throughout the civilised skating world, is directly responsible for the improvement in the accuracy of the general tracing and for the uniformity of the turns which characterises modern school skating, and I would go so far as to say that the still change of edge was brought to perfection under his tutelage. While these teachers, together with those who have been influenced by them, to name two only, Gladys Hogg, and Ernst Hartung, were busy in Britain, mainly concerned with the school, the Americans, as well as absorbing as much as they could of it from hearsay during the war, had taken a bold line in the free skating, especially in that branch of it concerned with jumping. Although all of the teachers over in the U.S.A. were in some degree, no doubt, in at the beginning of what was to prove a startling advance in free skating in general, it was the luck of [Gustave] Lussi to have as his pupil for six years, from boy to manhood, one of the outstanding skaters and personalities in the whole history of the sport, Richard Button." It was indeed Lussi and his star student Dick Button that would take skating to the next level, introducing daring new jumps and a free skating style based less on combined figures and more on the balance of challenging jumps and spins. While British ice dancers retained the style of The Modern English School for many years to come and excelled, by the mid-fifties, singles skaters were largely surpassed by new schools of thought that they mostly likely never saw coming.

Skate Guard is a blog dedicated to preserving the rich, colourful and fascinating history of figure skating and archives hundreds of compelling features and interviews in a searchable format for readers worldwide. Though there never has been nor will there be a charge for access to these resources, you taking the time to 'like' on the blog's Facebook page at http://www.facebook.com/SkateGuard would be so very much appreciated. Already 'liking'? Consider sharing this feature for others via social media. It would make all the difference in the blog reaching a wider audience. Have a question or comment regarding anything you have read here or have a suggestion for a topic related to figure skating history you would like to see covered? I'd love to hear from you! Learn the many ways you can reach out at http://skateguard1.blogspot.ca/p/contact.html.
Posted by Skate Guard Blog at March 11, 2017
Email ThisBlogThis!Share to TwitterShare to FacebookShare to Pinterest
Newer Post Older Post Home