A Conversation With Bob Turk 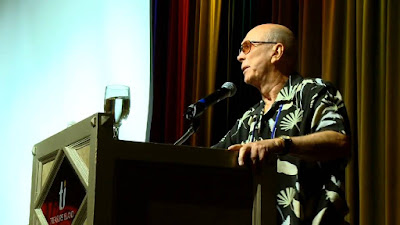 Bob Turk, who passed away on February 1, 2017, was the director of the Ice Capades for decade. He worked with Peggy Fleming from the time she was eleven until she won Olympic gold in 1968 and choreographed, produced and directed skating productions that spanned the globe. As a young man, he was a regular at The Polar Palace, where he played records for Sonja Henie and had competitions with Belita Jepson-Turner to see who could land the most Axels in a row. Last March, Randy Gardner connected us for a forthcoming project I'll be presenting... a biography of Belita. Our lengthy conversation extended far beyond her incredible story. Warm, honest and incredibly candid, Bob opened up to me about many of his experiences in the skating world. It is my privilege to share a few excerpts from that memorable conversation with this absolutely delightful man. 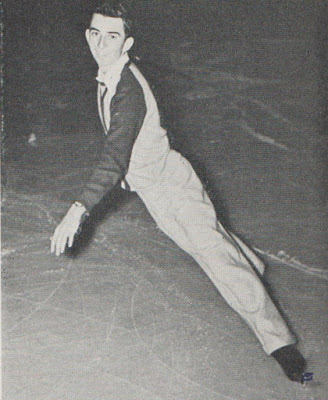 ON THE 1949 RHAPSODY ON ICE SHOW IN HAVANA, CUBA

"Belita and Red McCarthy were in that show and I choreographed it and skated in it. We couldn't find that many skaters so we took the best dancers from MGM and put them on skates. Mabel Fairbanks was in that show." 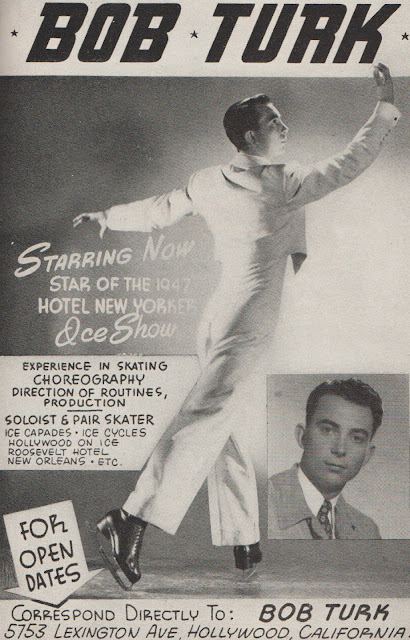 "I'm suffering now because I'm lonely. I'm by myself. My lover who I lived with for sixty one years, he died... and I'm alone. Rita Palmer, who was with the Ice Capades, she died. So many people moved down here because I moved here and they're all gone. That's the worst punishment you can do to me is alone. I'm a people person. Everybody from Ice Capades is dead, I'm ninety and I don't know why everyone died and left me by myself. My mind is sharp, I'm straight as an arrow, I still go to the gym, I've got dancing and tennis and I'm taking classes, I still drive my car to the store... I'm not strong like I was but I'm fine. But I'm alone; I'm by myself. I don't know how that happened but it did. There's a million gypsies, I e-mail with them, I talk with them, but none of them live near me."

"Bobby was very, very gay and never tried to hide it. He and Alan Konrad were sort of lovers for a time, but he never really had a lover until the end of his life. He was always drinking and he was wonderful... He lived down here but he drank and lost his vision. He could have had eye surgery but he didn't do it and they just found him dead on the floor down here. He could have had his eyes fixed but he didn't do it so he couldn't see... but he was a wonderful guy. Bobby didn't have any delusions of grandeur, nothing... He was the sweetest person in the world. When we were younger, him and I used to act like crazy fools. He called me Turkey."

"When Ice Capades came into town, Bobby Specht would rent a big house - usually a movie star's house - out in Beverly Hills. After the show every night, he'd throw a big party with every skater in the world. There'd be fifty people there. Everybody'd bring a bottle. Sometimes I'd say to Belita, 'Bobby's throwing a party' and I'd pick her up and take her with me... and the damn parties would go on till three, four o'clock in the morning."

ON HIS GRANDPARENTS AND ICE CAPADES FAMILY


Skate Guard is a blog dedicated to preserving the rich, colourful and fascinating history of figure skating and archives hundreds of compelling features and interviews in a searchable format for readers worldwide. Though there never has been nor will there be a charge for access to these resources, you taking the time to 'like' on the blog's Facebook page at http://www.facebook.com/SkateGuard would be so very much appreciated. Already 'liking'? Consider sharing this feature for others via social media. It would make all the difference in the blog reaching a wider audience. Have a question or comment regarding anything you have read here or have a suggestion for a topic related to figure skating history you would like to see covered? I'd love to hear from you! Learn the many ways you can reach out at http://skateguard1.blogspot.ca/p/contact.html.
Posted by Skate Guard Blog at May 09, 2017
Email ThisBlogThis!Share to TwitterShare to FacebookShare to Pinterest
Newer Post Older Post Home