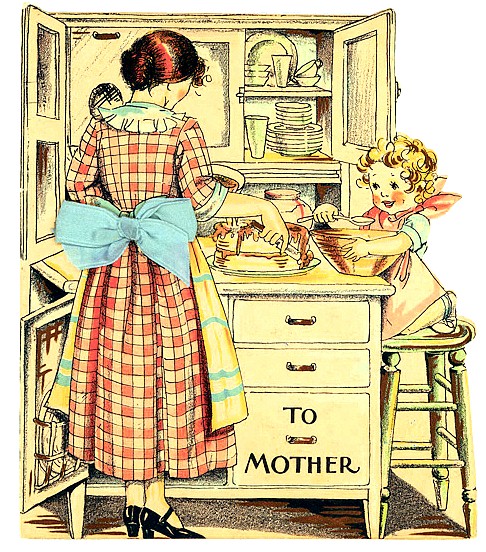 Suzanne Bonaly, Marjorie Chin, LaVona Fay Golden, Heidi Biellmann, Brenda Kerrigan, Therese Rochette... For a variety of reasons, the mothers of many famous figure skaters have almost become a part of skating lore. Today on Skate Guard, we'll meet the mothers of three Olympic Gold Medallists in women's figure skating... each from a different era and country and each with their own unique role in their daughter's skating careers! 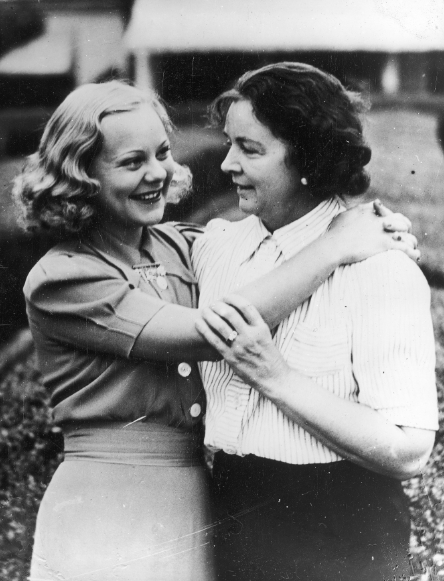 When three time Olympic Gold Medallist and ten time World Champion Sonja Henie was a young girl, her parents took turns going to her practice sessions with her and, in her words, both "developed themselves into expert critics". While Wilhelm 'Papa' Henie earned an international reputation as the wheeler and dealer, Sonja's well-to-do mother Selma acted as her chaperone. 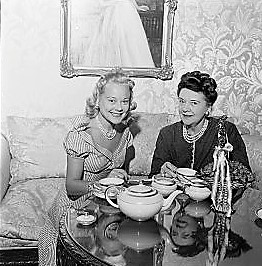 In her biography "Wings On My Feet", Sonja described her mother as "quiet but missing nothing, the firm pillar of the family as always... She has been my closest counsellor... going with me everywhere and giving me shrewd advice." It was Selma who took Sonja to Russian prima ballerina Tamara Platonovna Karsavina for dance lessons and who arranged the fittings for a seemingly endless supply of skating dresses. When 'Papa' Henie died while Sonja was filming "Thin Ice" with Tyrone Power for Twentieth Century-Fox, Selma collapsed and was in a state of shock for weeks. Sadly, she passed away in August 1961 at the age of seventy seven, just eight years before her daughter. 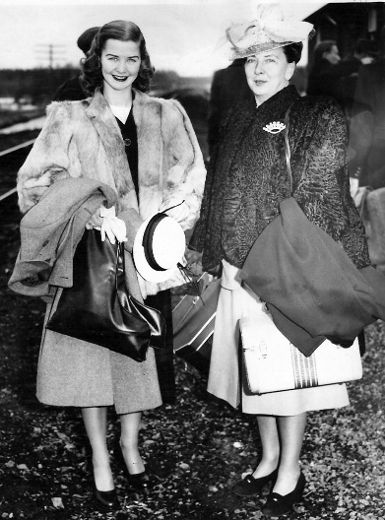 Without her mother writing the letter to Santa Claus for her, Barbara Ann Scott never would have got to ask for her first 'real' pair of ice skates for Christmas. Barbara Ann's father Clyde (who survived two years in German prison camps during World War II) passed away during a bridge game when she was only thirteen, leaving her mother Mary to raise her alone. Always at her side, her mother acted as her travel companion, costume designer and even worked with CFSA officials and Barbara Ann's coach Sheldon Galbraith to ensure that she in no way jeopardized her amateur status... that included not accepting the car given to her as a gift by the city of Ottawa. She even pitched in with a shovel to clear the ice in Switzerland when it snowed and the rink attendants were on strike.

In her book "Skate With Me", Barbara Ann recalled that while she practiced figures early in the morning, "Mother would stand or sit at the side of the cold rink, watching me and knitting... I needed the certainty that Mother was there and no one could do anything to me. With that certainty I could concentrate on my job and the time flew."

Both mother and daughter were superstitious. While Mary refused to wear green believing it was unlucky for her, a dark green dress that she knitted for Barbara Ann - worn in her first competition at the age of ten - proved to be Barbara Ann's lucky dress. Mary also gave Barbara Ann "a little carved wooden man, the ugliest little man I've ever seen, with a great long nose and a funny little hat on" when they were in Stockholm, which Barbara Ann carried with her to competitions for some time.

Perhaps because Mary wasn't known to constantly shower her with praise, she earned a reputation in some circles as a slave driver. Barbara Ann recalled, "My mother has heard children comment that she was the 'bear' who kept poor Barbara Ann slaving on the ice all day. How utterly mistaken they were! The bear that kept me on the ice, not slaving but enjoying every minute of it, was that dream of representing Canada in the Olympics." Mary Purves Scott passed away in 1980 at the age of eighty eight. 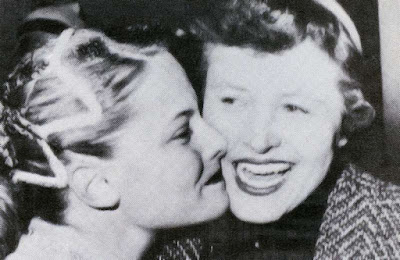 Freelance dress designer Marie Heiss was born in Munich, Germany and came to America when she was eight years old. She married her husband Edward in 1936. They bought a house in Ozone Park, only fifteen miles from the heart of New York City and on January 20, 1940, she welcomed her first child - a daughter named Carol - into this world. In the next four years, daughter Nancy and son Bruce would all join the family.

Marie would get up at 5:30 every morning to the shrill sound of alarm clock and get all three children out of bed while their father made breakfast so they could travel the fifteen miles to New York to take lessons from Andrée and Pierre Brunet. A thoughtful, artistic woman who loved to draw, she once told her daughter, "Everyone has his own frontier... In the mind. On one side of it, everything is known and tried. On the other side is the part of yourself that has not yet been explored. All the great adventures in life lie on that other side." Marie never let Carol neglect her education, enrolling her in the Professional Children's School in New York, which offered morning and afternoon classes with the flexibility for her to take her lessons with her when she travelled to competitions and to take proctored exams at schools abroad if necessary. 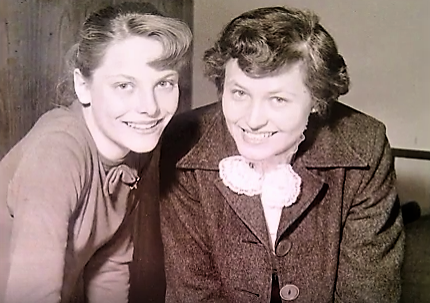 Marie revealed to Carol that she had cancer not long before she was to leave for the 1955 World Championships in Vienna. After undergoing an operation, she was in constant pain but insisted on making the trip to see her daughter compete. In Austria, she didn't miss a moment of practice or the competition. That April, she returned to the hospital and returned even thinner. The following year, she insisted on travelling with Carol to the Olympic Games in Cortina d'Ampezzo. When Carol and her mother chose to stay outside the Olympic Village so that her mother could have a room with a private bathroom so she could take long, hot baths to soothe her pain, rumours circulated that Carol was 'too good' to stay with the others. Her mother wouldn't let her set the story straight, refusing to allow it to get out that her health situation was dire. Carol skated lights out at those Games, but again finished second to Tenley Albright. Marie Heiss stuck it out for the World Championships that followed in Garmisch-Partenkirchen and witnessed her daughter win her first World title. At an exhibition that followed in Berlin, her mother grew so ill that both returned home to America immediately. That October, Marie Heiss passed away at home at the age of forty one. The papers learned the horrible truth as to why Carol and her mother had not stayed in the Olympic Village, and Carol went on to win Olympic gold in 1960, dedicating her performance to her inspirational mother's memory. She told reporter Will Grimsley, "This was for Mother. I wish she could have could have been here to help share it."

Skate Guard is a blog dedicated to preserving the rich, colourful and fascinating history of figure skating and archives hundreds of compelling features and interviews in a searchable format for readers worldwide. Though there never has been nor will there be a charge for access to these resources, you taking the time to 'like' on the blog's Facebook page at http://www.facebook.com/SkateGuard would be so very much appreciated. Already 'liking'? Consider sharing this feature for others via social media. It would make all the difference in the blog reaching a wider audience. Have a question or comment regarding anything you have read here or have a suggestion for a topic related to figure skating history you would like to see covered? I'd love to hear from you! Learn the many ways you can reach out at http://skateguard1.blogspot.ca/p/contact.html.
Posted by Skate Guard Blog at May 13, 2017
Email ThisBlogThis!Share to TwitterShare to FacebookShare to Pinterest
Newer Post Older Post Home