Brackets With The Baron: The Nils Posse Story 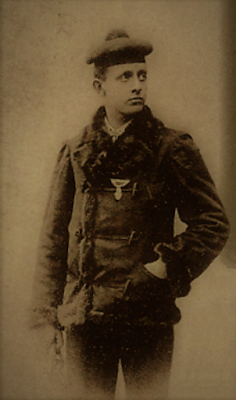 Born May 15, 1862 in Säby, Sweden, Nils Posse was the son of Baron Knut Henrik Posse and Sophia Lilliestråle. As nobility had run in his bloodline since the sixteenth century, he too was automatically given the title of Baron at birth. As his father was the chief at the Military High School in Marieberg, Posse was naturally educated in the military school system. By 1881, at the age of nineteen was appointed Second Lieutenant in the Livgrenadjärregementet (Life Grenadier Regiment) and two years later, he was transferred to the Svea artilleriregemente (Svea Artillery Regiment). Though his regimented upbringing prepared him for a life in the military, Posse wisely took advantage of his military sponsored education at the Royal Gymnastics Central Institute and resigned from the military after graduating in 1884.

About a year prior to his graduation, Posse joined the Stockholms Allmänna Skridskoklubb. He astonished many when he entered the club's annual figure skating competition in 1883 and defeated five far more experienced skaters, finishing only second to C.F. Mellin. The following year, skaters from the Wiener Eislaufverein attended the competition, but Posse took the main prize, defeating Mellin. According to the 1894 book "Tio vintrar på Nybroviken" penned by Ivar Boktryckeri, "Posse stood out for [having a] very stylish way of skating. He often performed small, intricate figures and his ability was admirable in that he did so without any apparent effort to obtain speed. He realized that moderation in motion and elegance [were important.]... He was eclipsed after only a short time, retiring by 1885." 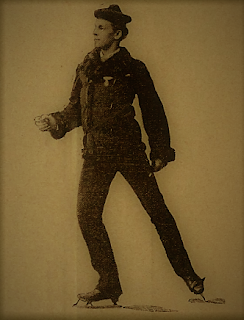 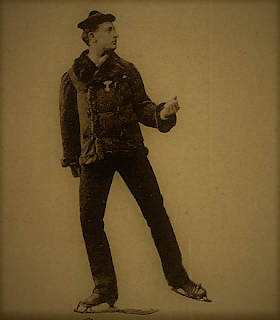 The reason for Posse's premature retirement from the figure skating world was actually a pretty sweet job opportunity. He was hired to teach at an institute which educated gymnastics teachers in Boston, Massachusetts called the Normal School of Gymnastics. On June 29, 1887, he married a Boston school teacher named Rose Moore Smith and in the years that followed, he wrote and lectured prolifically on physical education and the Swedish gymnastic system. He was widely credited as being a leader in bringing Swedish gymnastics to America and in 1890, he opened a similar institute on his own called The Posse Gymnasium. He also published a journal called "The Special Kinesiology of Educational Physical Gymnastics" and acted as Commissioner for Swedish Tourist Association, Swedish Yachting Association, Stockholm's Gymnastic Association at the Chicago World's Fair in 1893, where he ensured these areas were well-represented in the Swedish exhibit.

Though better known for his important role in the history of gymnastics, Posse really played an incredibly important role in the development of figure skating in Sweden. Among his many books was an 1889 instructional manual called "Handbok i figuråkning å skridskor", which focused mainly on the technique behind special figures but also included detailed sections on ice dancing and free skating. The figures described in Posse's book juxtapose completely with the English Style that was most prominent in many skating textbooks of the period and his inclusion of early ice dance patterns designed for outdoor ice clearly show how skating in Scandinavia was developing in a completely different way than in America and Great Britain at the time. While in America, he served as the Chairman of the Judges' Committee at an 1893 figure skating competition in Salem, Massachusetts and helped educate the competitors about the Scandinavian style of figure skating. 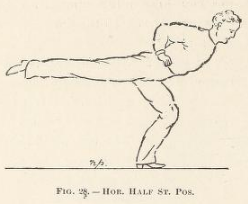 Just when he was in the prime of his life's work, Posse died suddenly of heart failure on December 12, 1894 at the age of thirty three. An obituary penned by future ISU President Viktor Gustaf Balck that appeared in the magazine "Mind and Body: A Monthly Journal Devoted to Physical Education" in 1894 recalled, "Highly endowed in head and heart, his hand was always open for his countrymen in need. Overtaken through work, he was lately in poor health, and last Wednesday night occurred suddenly his death, which, to judge from a human standpoint, too early ended at an age of thirty-three years, his industrious and useful life."

Skate Guard is a blog dedicated to preserving the rich, colourful and fascinating history of figure skating and archives hundreds of compelling features and interviews in a searchable format for readers worldwide. Though there never has been nor will there be a charge for access to these resources, you taking the time to 'like' on the blog's Facebook page at http://www.facebook.com/SkateGuard would be so very much appreciated. Already 'liking'? Consider sharing this feature for others via social media. It would make all the difference in the blog reaching a wider audience. Have a question or comment regarding anything you have read here or have a suggestion for a topic related to figure skating history you would like to see covered? I'd love to hear from you! Learn the many ways you can reach out at http://skateguard1.blogspot.ca/p/contact.html.
Posted by Skate Guard Blog at April 02, 2018
Email ThisBlogThis!Share to TwitterShare to FacebookShare to Pinterest
Newer Post Older Post Home