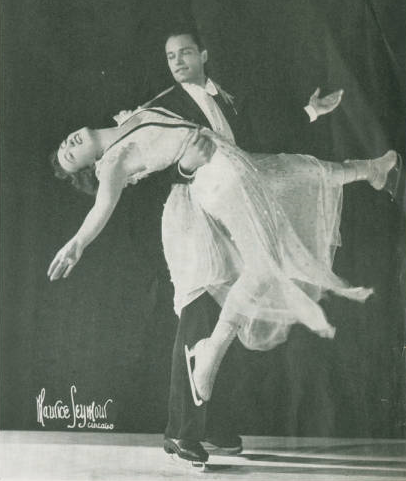 The children of Isaac James and Sarah (Park) Thaell, Clifford Ernest Thaell and Verona 'Rona' Thaell were born December 4, 1910 and June 28, 1912 in Salford and Manchester, England. Their father was a master tailor. As youngsters, both Rona and Cliff both learned to skate at the Manchester Ice Palace but they didn't actually team up as a pair until their late teens. 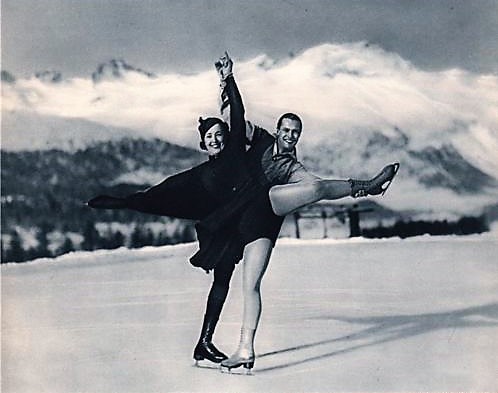 After achieving limited success in the amateur ranks, they turned professional in the mid thirties and got their start in the 1937 ice ballets "Enchanted Night" and "The Brahman's Daughter". They then headed to Australia to teach and produce ice shows at the Sydney Glaciarium. While Down Under, the siblings became something of a phenomenon with the Australian people. They lent their names and faces to advertisements for Schumann's Mineral Spring Salts and their summer 1938 show "Swiss Chalet" - featuring a cast of over one hundred skaters - was a bona fide hit. 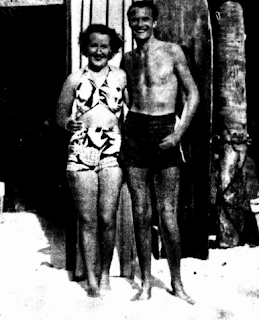 While holidaying in Hawaii following the success of "Swiss Chalet", they put on a show in Honolulu with Sidney Froebel. A later show program noted, "They skated in Honolulu when the temperature was well over the 100 degree mark and regaled themselves by eating pineapple frozen into their portable artificial rink for decorative purposes."

Heading to North America, they appeared in Sonja Henie's revue at Madison Square Garden and Wirtz's Arthur M. Wirtz's All Star European Revue "Hello America!". On May 27, 1940 in Miami, Florida, Rona married John Caruana, who managed the S.S. Brighton and was the European director of Wirtz's productions. The couple's witness was none other than ice show star Laverne Bush. 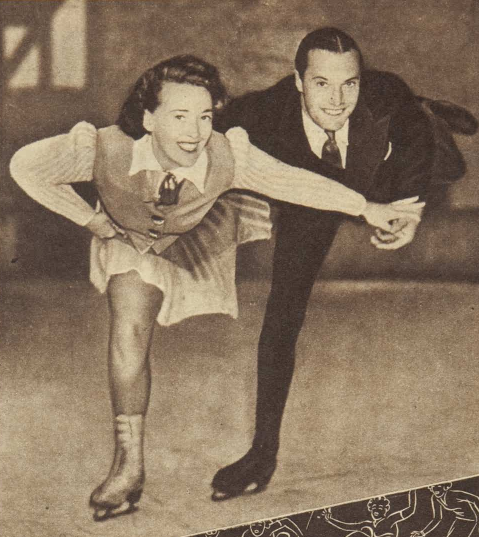 During World War II, Rona and Cliff skated in Ice Capades, Ice Follies and Wirtz's "It Happens On Ice" and "Stars On Ice" shows at the Center Theater on Broadway. They also taught skating at the Glencoe Club in Calgary. Cliff enlisted in both the Canadian and British Armies, but was rejected for physical reasons. 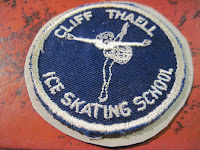 After the War, Rona returned to England and taught at Earl's Court in London. Interviewed in the "Sydney Morning Herald" on March 12, 1949, she recalled, "We had 70 to 80 children in our group classes at Earl's Court. They were divided into four groups of 20 each, and we took them through all stages of skating. We used to give them lessons of an hour, and during the last half hour would get the whole lot together on the ice and instruct them through a microphone." Cliff became a respected coach in America, teaching in Lake Placid, at the Philadelphia Skating Club and Humane Society and operating the Cliff Thaell Ice Skating Schools in a studio rinks in Philadelphia and Delaware. 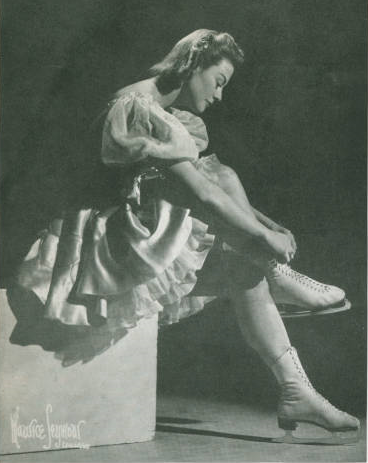 Rona moved to Australia in 1948, when her husband took a job as manager of the Sydney Glaciarium. She served as the club's head pro until the rink closed in 1955. Cliff married Edwina Blades, whom he toured with in Wirtz's revue. Edwina was billed as a South African skater, but she was actually born in England. Cliff and Edwina's daughter Ginny (Thaell) Page recalled, "The ice shows that she was skating in thought the idea of Mum being from South Africa was much more exciting that her being born in England!"

Cliff lived in Blades, England when he was quoted in piece on dance blades in the November-December 1989 issue of "Professional Skater Magazine". Cliff expressed his confusion over the word 'blades' being used in North America. In England, the word 'blade' referred to a knife, razor or lawn mower blade, not a skate. In North America, skaters referred to skates as the boot and blade combined. In Great Britain, skaters referred to a skate and boot separately. 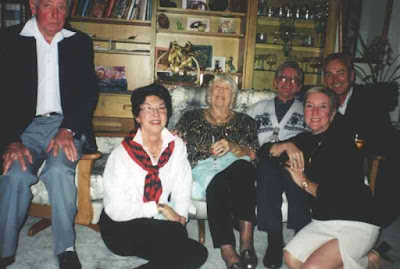 Cliff later returned to the United States, living in Lake Placid and later, Collier, Florida. He passed away December 15, 1996 at the age of eighty six. Rona remained in Australia and coached many Australian Champions. In 2012, she passed away at the age of one hundred. Prior to her death, she was still driving her car and going to aqua aerobics classes three times a week. Though this remarkable duo may never have won an Olympic or World medal, their contributions to the world of professional skating remain nothing short of epic.

Skate Guard is a blog dedicated to preserving the rich, colourful and fascinating history of figure skating and archives hundreds of compelling features and interviews in a searchable format for readers worldwide. Though there never has been nor will there be a charge for access to these resources, you taking the time to 'like' on the blog's Facebook page at http://www.facebook.com/SkateGuard would be so very much appreciated. Already 'liking'? Consider sharing this feature for others via social media. It would make all the difference in the blog reaching a wider audience. Have a question or comment regarding anything you have read here or have a suggestion for a topic related to figure skating history you would like to see covered? I'd love to hear from you! Learn the many ways you can reach out at http://skateguard1.blogspot.ca/p/contact.html.
Posted by Skate Guard Blog at April 11, 2018
Email ThisBlogThis!Share to TwitterShare to FacebookShare to Pinterest
Newer Post Older Post Home